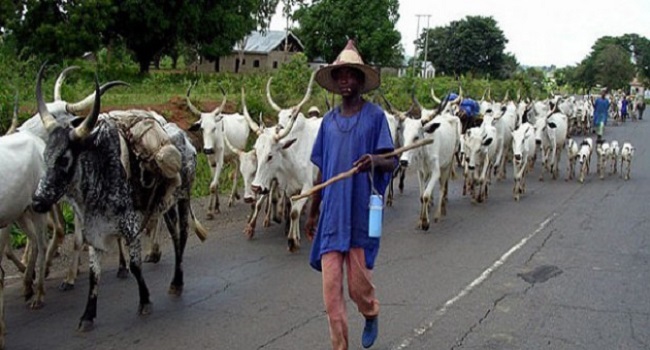 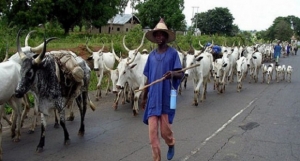 The United States ambassador to Nigeria, Mr Stuart Symington, has recommended the American system of raising cattle within the confinement of ranches to Nigeria.

He believes that this would be a sure way of solving the persistent herdsmen/farmers clashes in the country and promoting peace between both groups.

Mr Symington made the suggestion while sharing his family’s experience as farmers during his visit to the Benue State Governor, Samuel Ortom.

His recommendations are coming at a time when states across the country have been faced with incessant attacks and clashes between herdsmen and farmers.

Governor Ortom, had challenged the Federal Government to do more to stop the attacks by herdsmen across the country.

Also speaking on the issue, the Commissioner of Police, Bashir Makama, has ordered his men to deal with anyone bearing arms illegally. 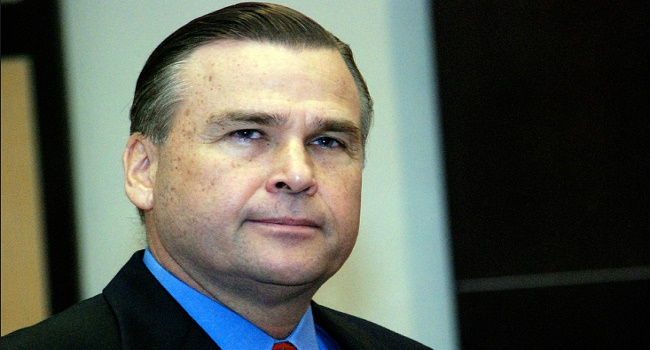 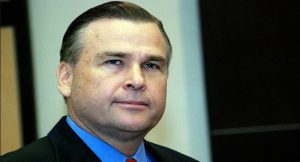 The United States Ambassador to Nigeria, Stuart Symington, has commended the Federal Government and agencies involved in the provision of care and treatment for HIV/AIDS patients.

This is in collaboration with the American Presidential Emergency Plan for Aids Relief.

The envoy gave the commendation after inspecting a laboratory and other equipment donated by the U.S to the Aids Prevention Initiative Nigeria (APIN), a Public Health Initiative in Jos, Plateau state.

Since 2004, the Nigerian government as well as other donor agencies have been involved in providing care and treatment to HIV and AIDS patients in collaboration with the American Presidential Emergency Plan for aids relief.

An estimate of about 3.2million people are living with AIDS in Nigeria, experts say all hands must be on deck to reverse this alarming statistics. 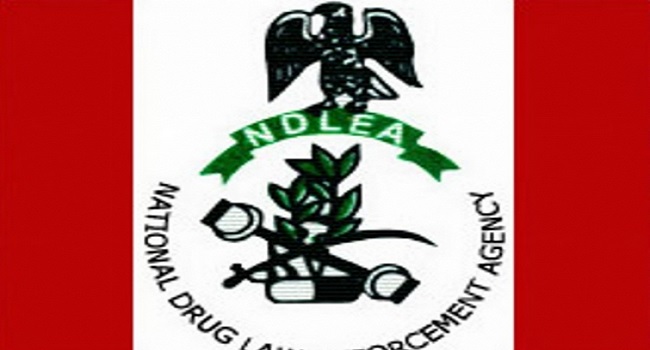 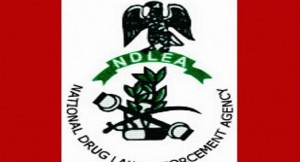 The National Drug Law Enforcement Agency (NDLEA), has convened a summit to enable commanders of the agency brainstorm and strategise on improved ways of combating the drug menace in Nigeria.

Chairman of the Agency, Muhammad Abdallah, in his address during the 2016 command officers’ summit held at the Regional Academy for Drug Control in Jos, said the agency is committed to the war against illicit drugs as well as the syndicates involved.

“Furthermore, I desire an agency that will be highly proactive and intelligence driven.

“An agency that is committed to the dismantling of drug syndicates and the provision of best treatment and rehabilitation services to problem drug users.”

The convergence of NDLEA officers for the 2016 command officers’ summit with the ,

The event themed: ‘Change Begins With Me: Repositioning NDLEA For Effective And Efficient Performance Towards A Drug-Free Nigeria’, had many dignitaries in attendance.

In his address, Plateau state Governor, Simon Lalong, challenged the agency to strengthen its collaboration with other agencies in the fight against illicit drugs in the country for maximum impact.

“Let me however challenge the agency to ensure that as part of its preventive measures, it strengthens its collaboration and cooperation with vital ministries, Departments and Agencies of Government that would help the war to succeed.”

The United States Ambassador to Nigeria, Symington W. Stuart also tasked commanders of the agency on best global practices in counter-narcotics campaign with an assurance that America is firmly behind Nigeria in the campaign to eradicate illicit drugs from the country.

“I am delighted that we have started and we must continue to work together and talk to stakeholders of our collective responsibilities.

“If you think of any problem to tackle, I trust you to come up with a way to do it better. Whatever efforts you are making in the drug war will not end with you because the benefits are for your children, generations unborn and the world at large,” the ambassador stated.

With the new strategies being put in place, Nigerians are looking forward to a drug free society as the commanders begin to exhibit the strategies adopted at the summit in exterminating illicit drug trafficking and consumption. 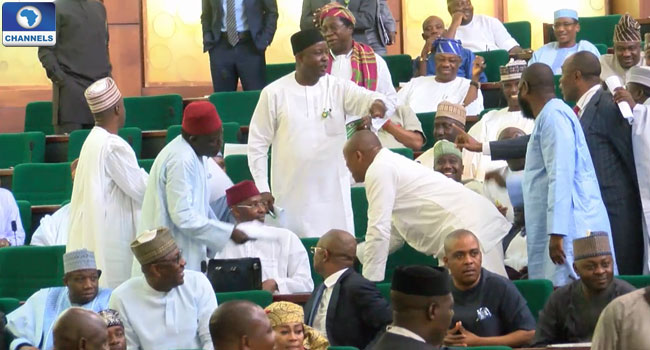 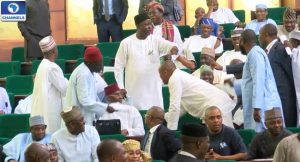 The House of Representatives has cleared three of its members of allegations of sexual misconduct brought against them by the former United State Ambassador to Nigeria, James Entwistle.

This is one of the recommendations approved by the House after considering the report of a joint committee that investigated the matter.

Two All Progressive Congress (APC) lawmakers, Mohammed Gololo and Mark Gbillah and one Peoples Democratic Party (PDP) lawmaker, Samuel Okon, were alleged to have solicited for sex and sexually harassed a hotel housekeeper in Cleveland, Ohio.

The joint committee said it found that there was no evidence to back up the allegations levelled against the lawmakers.

The House is also asking that the Ministry of Foreign Affairs to write to the United State Embassy, reminding them to always adopt official means of communications in its dealings with any organ or institution of government.

After the US envoy made the allegations against the lawmakers, the House Committee Chairman on Capital Market, Representative Yusuf Tajudeen, asked the U.S. Embassy to up with facts and place them before the House.

He said the House of Representatives was expecting the U.S. Embassy to provide video evidence of the allegations made against some members.

He also maintained that the House was convinced that the accused were never engaged in solicitation for sex act.

He further noted that “Hon (Mark) Gbillah travelled with his wife and daughter”.

Rep Tajudeen, however, wondered why the accused were not called for questioning during their two-week stay in the United States and why it took the U.S. Embassy over four weeks after their (lawmakers) return to lodge the complaint.

Responding to the request, the United States Ambassador to Nigeria said there was a proof that three members of the House were seen acting inappropriately in the US.

Mr Entwistle said he would present video evidence against them for alleged sexual misconduct.

The U.S. Ambassador in a petition to the Speaker of the House of Representatives, Yakubu Dogara, said their actions brought disrepute to the parliament.

The House Committee on Ethics and Privileges, chaired by Ossai Ossai was asked to investigate the matter.

In the course of further investigations into the issue, the Minister of Foreign Affairs, Mr Geoffrey Onyeama, said there was no evidence to confirm the allegations. 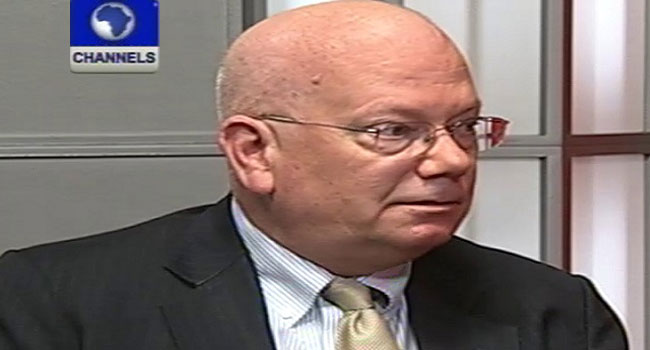 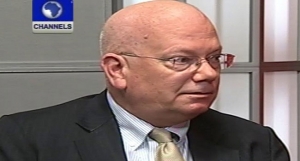 The United States Ambassador to Nigeria, James Entwistle, says there is proof that three members of the Nigerian House of Representatives were seen acting inappropriately in the US.

The US Ambassador in a petition to the Speaker of the House of Reps, Yakubu Dogara, said their actions brought disrepute to the parliament.

The House Committee on Ethics and Privileges, chaired by Ossai Ossai has been assigned to probe the matter.

The three lawmakers were attending the International Visitor Leadership Programme in Ohio, from April 7 to 13, 2016, when the incident occurred.

The Minister of Foreign Affairs, Geoffrey Onyema is also expected at the hearing. 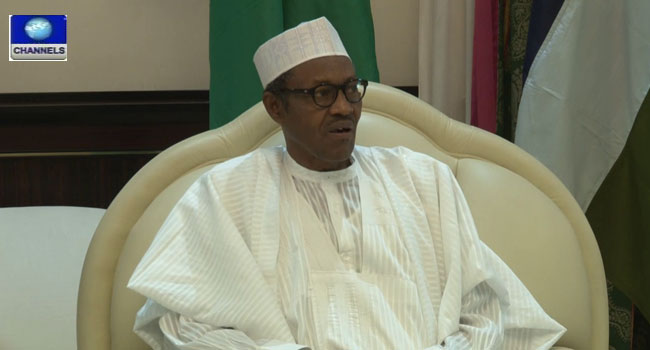 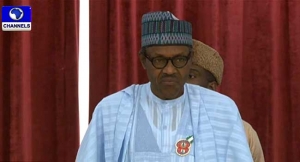 President Muhammadu Buhari said on Tuesday in Abuja that his administration would continue to welcome the support and understanding of the United States, as it strives to achieve greater internal security and socio-economic progress in Nigeria.

Receiving a delegation led by the United States Secretary of Commerce, Ms Penny Pritzker, at the Presidential Villa on Tuesday, President Buhari applauded ongoing American collaboration with his administration on security and developmental issues.

“I remain grateful for the reception accorded me and my team when we visited the United States at the invitation of President Obama.

“We discussed security, corruption, infrastructure, and many other issues.

“We thank America for sending experts to train our troops and providing hardware for our military because we must first stabilise the country before we can move it forward,” the President told the delegation which included the United States Ambassador to Nigeria, James Entwistle, and three others.

Time To Diversify The Economy

The Vice President, Professor Yemi Osinbajo, who was at the meeting, said that “although Nigeria currently faces serious challenges, it is also a time of great opportunities for the country”.

“It’s time to diversify our economy from oil. We’ve always talked about it, but never got round to doing it.

“The opportunity has come now. We have all it takes to be an agricultural nation. We also have solid minerals and we must develop our infrastructure in order to aid business,” the Vice President stated.

Ms Pritzker told President Buhari that she was in Nigeria with 10 leading American business men and women, at the prompting of President Obama.

“The purpose is to better understand the opportunities and challenges of doing business in Nigeria.

“Our team is very optimistic about your government’s commitment to security, good governance, fighting corruption, having reliable and regular regulatory policies.

“All these make us optimistic about working together. We are not here to sell policies, but to partner with you,” she said. 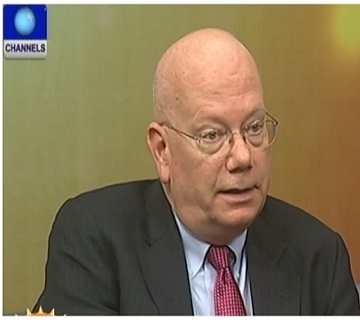 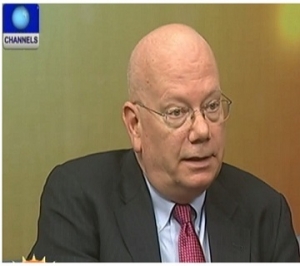 The United States Ambassador To Nigeria, Mr James Entwistle, says the United States government remains committed to ensuring that the 2015 general elections will be free and fair.

Mr Entwistle, spoke in a meeting with officials of the Peoples Democratic Party (PDP) in Abuja on Wednesday.

He appealed to Nigerians to shun acts that could incite violence‎.

The US Ambassador said that the United States would support Nigeria because of the long standing relationship between both countries.

“From our own historical experience, we understand the importance of election. The United States will support the Nigerian people in their quest to ensure a credible and transparent election that they want and deserve.

“That is what we stand for and as part of that, I will try to be in touch with all parties to understand them, so that we can be knowledgeable about the electoral process here.

“I think it is incumbent on all of us to work towards this. History shows us that one election can make the difference. It may not happen overnight, but genuine change in every society is only possible in a true democratic process,” he said.

Entwistle encouraged potential party candidates to publicly commit themselves to ensuring that “they would not encourage, foment or engage in violence before, during and after the elections”.

He asked Nigerians to come out en masse to participate in the voting exercise .

On his part,the Chairman of the Peoples Democratic Party,‎ Mr Adamu Muazu, said that the party remained committed to achieving credible elections in the country as exemplified in the just concluded Osun and Ekiti governorship elections and beyond.

“We will always present credible candidates who can win elections. We will continue to provide internal-driven democracy that will be driven by the people,” he said.

Mu’azu emphasied that President Goodluck Jonathan had continued to insist on a “one man, one vote”process which he said the party was proud of.

“We will, by the grace of God, work for the people of Nigeria. Our leader, the President has through our party, been campaigning that voting should be one man one vote.

“We take time to advertise this in national dailies to make sure that we will continue to have cordial relationship with the people and the international community,” he stressed.