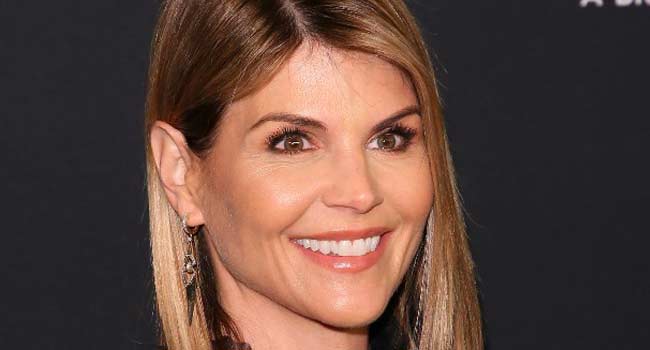 US actress Lori Loughlin appeared in federal court in downtown  Los Angeles on Wednesday in connection with a massive college admissions scam involving other celebrities and top industry CEOs.

Bail for the “Full House” star was set at $1 million, the same amount as for her husband, designer Mossimo Giannulli, who has also been charged in the case.

The couple, who are to appear in federal court in Boston on March 29, allegedly paid $500,000 in bribes to ensure their two daughters were recruited to the University of Southern California rowing team even though the pair did not participate in crew.

Loughlin, 54, surrendered to FBI agents early Wednesday after returning from Vancouver, where she was filming. Judge Steve Kim told the star in setting her bail that she would still be allowed to travel for work as long as the court was made aware of her plans.

The couple were among 50 people indicted on Tuesday in a scam to help children of the American elite gain entry into top US colleges.

“Desperate Housewives” star Felicity Huffman, who has also been implicated in the scandal, was arrested by FBI agents at her home on Tuesday and later released on bail.

The 56-year-old actress and her husband William H Macy, the star of Showtime’s hit series “Shameless,” allegedly paid $15,000 for their eldest daughter to perform well on a college entrance exam. Macy was mentioned in the case but has not been charged.

The ringleader behind the scam, William “Rick” Singer, who authorities say was paid about $25 million dollars to bribe coaches and university administrators, has pleaded guilty and is cooperating with authorities.

Some of the universities targeted in the elaborate cheating scam include Yale, Stanford, UCLA and Georgetown. None of the schools or the students has been charged in the case.

According to prosecutors, the accused parents paid a firm run by Singer as much as $6 million to cheat on college entrance exams for their children or to bribe coaches to help non-athletic students get scholarships.

Others ensnared in the scandal include Gordon Caplan, co-chairman of New York law firm Willkie Farr & Gallagher, who allegedly paid $75,000 to have his daughter’s test grades fixed.

Also charged is William McGlashan, an executive at the investment group TPG Capital who specialized in technology investments. He allegedly paid hundreds of thousands of dollars to ensure his son got into the University of Southern California as a student-athlete.

The scandal has lit up social media, with much poking fun and expressing anger at the wealthy parents indicted — notably Loughlin and Huffman — as well as their children.

“CAPTION THIS: ‘It’s ok honey. We’ll get you in a college close to your mom’s prison so you can visit,” one Twitter user said in response to a picture Huffman had posted on Sunday of her daughter sitting on Macy’s lap and hugging him.

Ben Dreyfuss, the son of veteran actor Richard Dreyfuss, quipped: “I got into college the old fashioned way: by letting my father’s celebrity speak for itself.”

Another Twitter user said: “So what I’ve learned from #CollegeCheatingScandal is that rich kids are so stupid that they can’t get into colleges without cheating.”

Olivia Jade Giannulli, one of Loughlin’s daughters, disabled comments on her Instagram posts on Wednesday after some of her 1.3 million followers lashed out against her.

“Please do a video for how you prepared for the SATs,” read one comment.

Another berated the young woman, who posted a video blog last year in which she said she didn’t care about school, for stealing a college spot from “another deserving student (who probably actually rows!!)…” 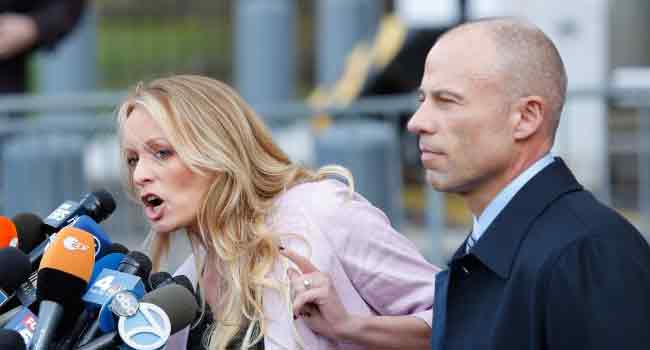 Adult film star Stormy Daniels, who is locked in a court battle with President Donald Trump over their alleged affair, was arrested late Wednesday while performing at a strip club after allegedly “fondling” patrons, police said.

In what her lawyer dubbed a “politically motivated” set-up, Daniels was arrested without incident at the Sirens club in Columbus, Ohio after officers accused her of knowingly touching club patrons “in a specified anatomical area.”

According to an incident report published online by a local news outlet, two police detectives and an officer approached Daniels, who was topless and wearing a G-string, onstage after she was seen “using her bare breasts to smack the patrons” and “fondling the breasts of the female patrons.”

Daniels allegedly began holding her breasts against one female detective’s face, before then “forcing” the face of a male officer into her chest and “smacking his face with her bare breasts.”

She performed the same acts on a male officer after “fondling” his buttock and chest.

Ohio’s Community Defense Act prohibits touching a nude or semi-nude dancer in a club, besides members of the dancer’s immediate family.

Another officer in the back of the club went to get backup before arresting Daniels, who was released on bond early Thursday.

“We will vehemently contest all charges,” her lawyer Michael Avenatti tweeted, saying Daniels would plead not guilty to three misdemeanor charges.

“This was a setup & politically motivated. It reeks of desperation. We will fight all bogus charges,” Avenatti said.

“They are devoting law enforcement resources to sting operations for this? There has to be higher priorities!!!”

Daniels’ arraignment is scheduled for Friday at Ohio’s Franklin County Municipal Court. She canceled a Thursday night performance in Columbus.

Daniels — whose real name is Stephanie Clifford — is suing Trump and his former personal lawyer Michael Cohen to nullify a 2016 non-disclosure agreement preventing her from speaking out about the affair she says she had with Trump in 2006.

She is hoping to have the non-disclosure agreement thrown out on the grounds that it is not valid because Trump never signed it.

Through White House officials, Trump has denied the affair, although Cohen has admitted paying Daniels $130,000 as part of the agreement. He initially said he used his own money to pay Daniels and was not reimbursed by Trump.

However, Trump — who initially denied knowledge of the payment — subsequently conceded that Cohen was in fact reimbursed.