Osama bin Laden’s son Hamza, chosen an heir to the leadership of Al-Qaeda, has been killed, US media reported on Wednesday citing American officials.

NBC News said three US officials had confirmed they had information of Hamza bin Laden’s death but gave no details of the place or date.

The New York Times subsequently cited two US officials saying they had confirmation that he was killed during the last two years in an operation that involved the United States.

Questioned by reporters in the Oval Office, President Donald Trump did not confirm or deny the NBC report.

Both reports suggested that bin Laden may have been killed well before the US State Department announced a $1 million bounty on his head in February 2019.

The 15th of Osama bin Laden’s 20 children and a son of his third wife, Hamza, thought to be about 30 years old, was “emerging as a leader in the Al-Qaeda franchise,” the State Department said in announcing the reward.

Sometimes dubbed the “crown prince of jihad, he had put out audio and video messages calling for attacks on the United States and other countries, especially to avenge his father’s killing by US forces in Pakistan in May 2011, the department said.

Documents seized in the raid on his father’s house in Abbottabad suggested Hamza was being groomed as the heir to the Al-Qaeda leadership.

US forces also found a video of the wedding of Hamza to the daughter of another senior Al-Qaeda official that is believed to have taken place in Iran.

Hamza bin Laden’s whereabouts have never been pinpointed. He was believed to have been under house arrest in Iran but reports suggest he also may have resided in Afghanistan, Pakistan, and Syria.

The group behind the deadly September 11, 2001 attacks on the United States, Al-Qaeda’s prominence as a radical Islamist group has faded over the past decade in the shadow of the Islamic State group.

But the proliferation of branches and associated jihadist groups in Afghanistan, Yemen, Syria and elsewhere have underscored its continuing potency.

Hamza bin Laden was not targeted just because he was bin Laden’s son, said Rita Katz, executive director of the SITE Intelligence Group, which tracks extremists.

“He was one of Al-Qaeda’s loudest voices calling for attacks in the West and giving directives. He, with Al-Qaeda’s help, was positioning himself to lead the global jihadi movement,” Katz said on Twitter.

“He was seen as a future leader who would unite the global jihad. Thus, if he is indeed dead, it will be a major blow to the movement,” she said.

At his father’s side in Afghanistan before the 9/11 attacks, Hamza learnt how to handle weapons, and ranted in his thin voice against Americans, Jews and “Crusaders” in videos uploaded online.

In 2016 Al-Qaeda released a video message in which he urged Islamic State and other jihadists in Syria to unite, claiming that the fight in the war-torn country paves the way to “liberating Palestine.”

“There is no longer an excuse for those who insist on division and disputes now that the whole world has mobilised against Muslims,” he said.

In a later message that year he called on Saudi youth to overthrow the kingdom’s rulers, telling them to enlist in the Yemen-based Al-Qaeda in the Arabian Peninsula (AQAP) to gain battlefield experience.

In 2017 he was placed on the US terrorist blacklist, seen as a potent future figurehead for the group then led by Osama bin Laden’s former deputy Ayman al-Zawahiri.

“With the Islamic State ‘caliphate’ apparently on the verge of collapse, Hamza is now the figure best placed to reunify the global jihadi movement,” former FBI special agent and Al-Qaeda specialist Ali Soufan wrote at the time of his blacklisting. 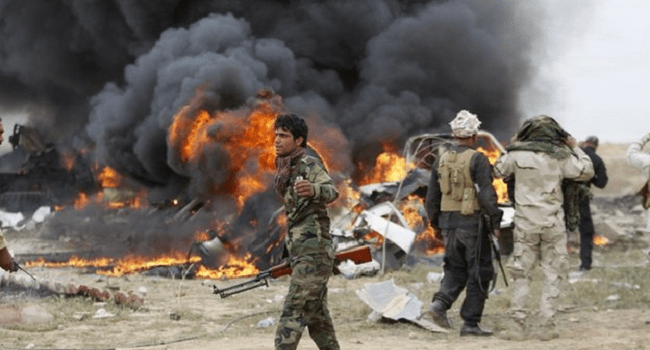 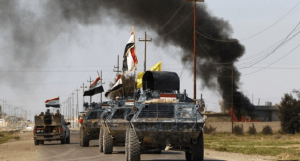 Iraqi forces has reiterated its plans and hope to retake the city of Tikrit from Islamic State (IS) within a week, a commander disclosed to journalists.

The head of a Shia militia brigade, fighting alongside government forces, said that IS militants still held about 70% of Tikrit’s town centre.

The Shia leader expressed optimism that Tikrit would be “liberated,” even if it required street-to-street fighting.

Soldiers and militiamen have reportedly retaken key sites, including a Police headquarters and a hospital.

Muain al-Khmdy, a commander of the Iranian-backed Badr Brigade, said that pro-government forces would surround IS-held areas of the city and then attack, aiming to drive IS fighters from their location.

Several hundred militants are believed to be operating in Tikrit, research revealed.

The pro-government force ranged against them includes about 3,000 Iraqi troops with 20,000 Shia militiamen and a much smaller force of Sunni tribesmen.

Earlier, Iraqi Defence Minister, Khaled al-Obedi stated that recapturing Tikrit could be a turning point in the battle against IS.

The Defence minister described the city as a stepping stone to other IS-held territory, including Mosul – the country’s second largest city.

“The liberation of this city [Tikrit] and province will serve as a launch pad for reclaiming the north and the west of Iraq,” Khaled said.

Anti-government Sunnis loyal to Saddam’s Baath party collaborated with the militants when they overran a huge swathe of Iraq, including Tikrit, last June.

The large role of Iranian-backed Shia fighters in the battle for Tikrit has raised fears of reprisals against the mainly Sunni population.

US officials are said to be concerned at reports that Shia militias have been setting fire to buildings as they advance. 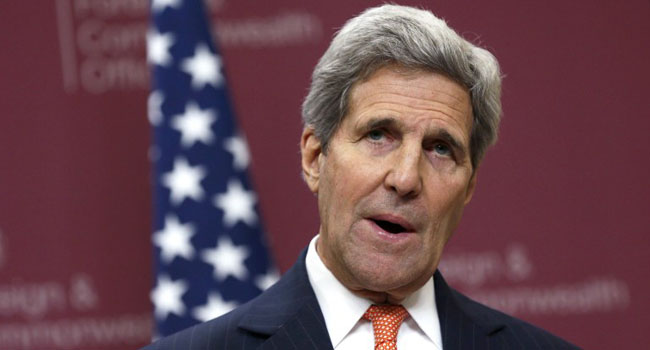