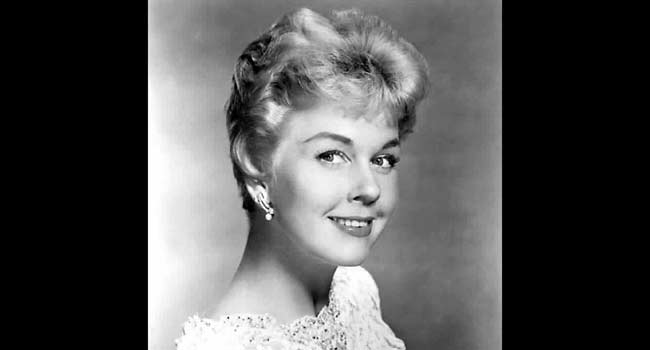 Doris Day, the US screen icon famed for her wholesome, girl-next-door appeal in a string of box office hits, died Monday at age 97, her foundation said.

The Doris Day Animal Foundation said the actress and animal rights activist died at her Carmel Valley, California home, after a short illness.

“Day had been in excellent physical health for her age, until recently contracting a serious case of pneumonia, resulting in her death,” the foundation said in a statement.

“She was surrounded by a few close friends as she passed.”

During much of her career, Day reigned as Hollywood’s top female box office attraction, a darling of an adoring public who snapped up tickets to see her in musicals, comedies, suspense thrillers and westerns.

READ ALSO: Cannes Film Festival: A Goldmine For Many Locals

The perky blonde star, whose career spanned nearly 40 movies from 1948 through 1968, excelled in one particular film genre of the day — the “bedroom farce” — typified by the 1959 hit film “Pillow Talk,” with Cary Grant, Rock Hudson, and James Garner.

“Her 39 films – many still incredibly popular and shown frequently today — stand as a testament to her talent,” her foundation said.

Even without her accomplishments as an actress, Doris Day would have been celebrated as a chart-topping vocalist.

Her first hit, “Sentimental Journey,” remained among her biggest, along with her signature mega-hit — the classic song “Que Sera Sera” — which she introduced to the world in the 1956 film, “The Man Who Knew Too Much.”

“For those of us in my generation, Doris Day was synonymous with Hollywood icon,” “Star Trek” actor and Twitter personality George Takei posted.

“She would no doubt remind us, upon this day of her passing, ‘Que sera sera,’ but we will miss her dearly anyway.”

Of German parentage, the actress was born Mary Ann Von Kappelhoff in Cincinnati, Ohio on April 3, 1922.

Her parents divorced when she was 13, leaving her to be raised by a pushy stage mother. After a near-fatal car crash that ended her hopes for a career as a dancer, she made the switch to singing.

By the time she was 20, she was already divorced from a physically abusive husband and the mother of a young child — the first of her four failed marriages.

In 1948, she made her first film, “Romance on the High Seas” — the first of a string of hits that later included “Calamity Jane,” “Love Me or Leave Me,” and “Please Don’t Eat the Daisies.”

‘I want to be joyous’

On her 29th birthday, she married Martin Melcher, who became her manager, but after his death in 1968, she discovered that he had disastrously mismanaged her affairs and that she was millions of dollars in debt.

She later won a $22 million lawsuit against a man hired by Melcher to invest her money. Melcher was the adoptive father of her only child — son Terry Melcher, who died of cancer in 2004.

All of the upheavals in Doris Day’s life, however, was kept in the background.

The actress kept up a squeaky clean image in her choice of movie roles — famously turning down the role of Mrs Robinson in the hit film “The Graduate” as being too racy.

She bolstered her wholesome image with her hit television variety program “The Doris Day Show.”

“I want to be joyous. I want to have fun on the set. I want to wear beautiful clothes and look pretty,” the actress was once quoted as saying.

Day never won an Oscar, although her many honours included the Presidential Medal of Freedom in 2004 and a Grammy for lifetime achievement in 2008.

After retiring from acting, she became a tireless animal rights activist, running a pet-friendly hotel in California.

“My message,” she continued, “is just kind to your animals, and let them know you love them. Please watch out for your loved ones, and don’t worry about me.”

Day asked to have no funeral, memorial service or grave marker, her foundation said. 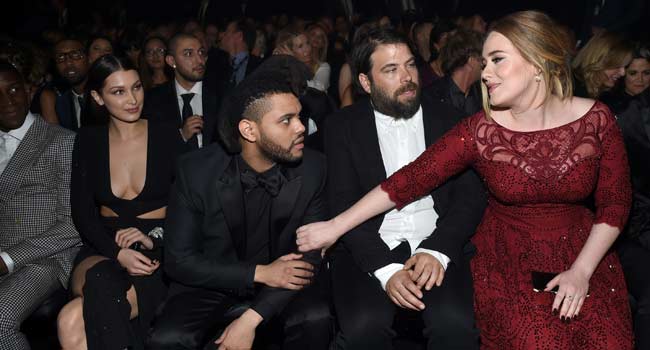 Pop diva Adele, 30, married charity entrepreneur Simon Konecki in 2016 after five years together. They have a son, Angelo, born in 2012.

“Adele and her partner have separated,” Benny Tarantini and Carl Fysh said in a statement, according to British media.

“They are committed to raising their son together lovingly. As always they ask for privacy. There will be no further comment.”

Adele, who boasts 15 Grammy Awards, is one of Britain’s most successful pop exports.

With sales topping more than 100 million records, the north Londoner is one of the world’s best-selling music artists.