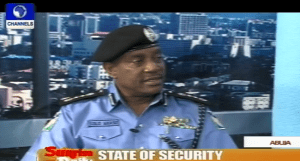 The Inspector-General of Police (IGP), Mr Solomon Arase, has advised transporters in the country to register with the National Union of Road Transport Workers (NURTW) and ensure that their vehicle particulars are up to date within two weeks.

Mr Arase made this declaration during a meeting with the national leadership of the NURTW.

The meeting, according to the NURTW, was to commend the Police for the ongoing reorganisation of the system which has led to better policing.

The IGP said that while the Police would continue to sanitize its system, it would not take it lightly with any transporter found on the wrong side of the law.

The Police Chief also warned that failure to comply with the directives would lead to the seizure of any vehicle found wanting.

To this end, the grace of two weeks was announced for all affected transporters to comply with laid down procedures or face the wrath of the law.