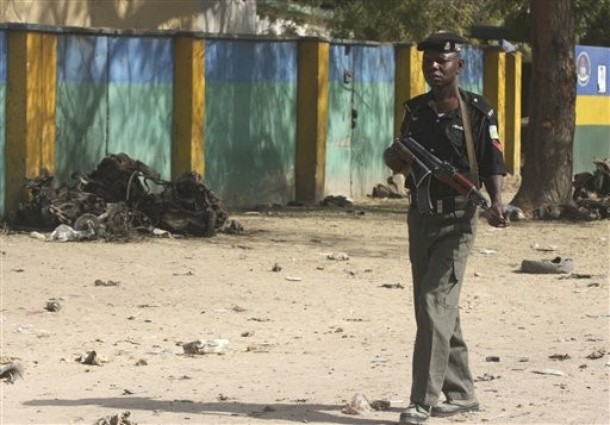 One Police officer was killed by the gunmen that attacked Mandawari Police station in Kano, early Monday morning.

The gunmen had launched an attack on the police station by shooting sporadically at the statioon, shortly after the break of dawn.

This is third time such attack is launched on the the Mandawari Police this year.

The police authorities also confirmed that they shot dead six suspected Boko Haram members training at a camp in the  town of Mubi.

A number of police officers are feared injured in the attack on the Police station, which is located around the palace of the Emir of Kano.

According to residents, the gun fire started at the break of dawn as the gunmen attacked the station.

The Joint Military Task force (JTF) in the state has cordoned off the area and searching for suspect.

Members of the fundamentalist sect, Boko Haram have staged similar attacks in the stated recent weeks, with the deadliest in January when almost 200lives were lost.

Police stations and prisons have been major attacks for the fundamentalist sect across different states in northern Nigeria. 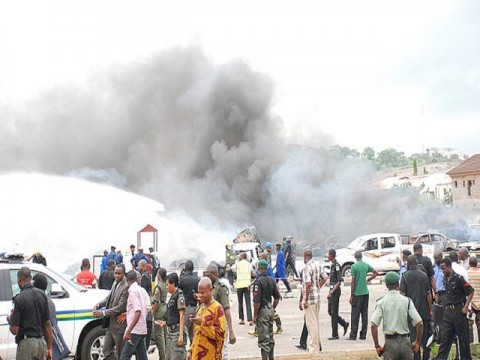 According to the police spokesman, Samuel Tizhe, the police station was set ablaze while the secretariat and prison were attacked with explosives.

Residents disclosed that gunmen stormed Konduga in the late hours of Tuesday, shooting sporadically and bombing the police station and local government office.

Konduga, 40 kilometres (25 miles) from Maiduguri for some time now has served as the base of boko haram, an Islamic sect blamed for scores of attack that has killed hundreds, mainly in the north.

One resident said a church was also attacked, but the information has not been confirmed by the police.

Hoodlums went on rampage at the Ebute Metta, Market street  part of Lagos State after a lawmaker representing Lagos Mainland Federal Constituency; Mr.Monsuru Owolabi was harrassed at a party around the area.

The attack which left 40 vehicles damaged and several people injured.

Resident of the area said the hoddlums descended on the area in a reprisal attack, Mr. owolabi however denied the allegation that those behind the attack were his supporters.