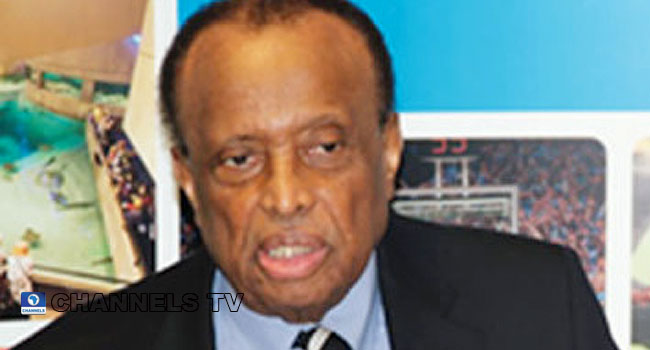 Ex-President Olusegun Obasanjo has paid tribute to the former American Ambassador in Nigeria, Walter Carrington, recalling how the envoy offered him political asylum in the United States during the regime of General Sani Abacha in 1995.

In a statement issued by his media aide, Kehinde Akinyemi on Tuesday, Obasanjo conveyed his condolence message to the wife of the late ambassador, Mrs Arese Carrington.

The former President stated that he, however, turned down the asylum offer, despite its tempting and assuring nature.

“He offered me political asylum by his government in the US. That was both touching and assuring, but I decided that tempting and assuring as the offer was, I would not take it. I came back and was arrested and imprisoned by Abacha,” he said.

The ex-President also praised Carrington for the role he played in easing the move to democratic rule in the country.

According to him, the envoy was one of the responsible, mature and respected voices to take Nigeria out of the unwholesome situation it had found itself.

“Indeed, I recall, sometime in 1995, that on one of my trips to Copenhagen to attend World Social Summit as Human Development Ambassador of the United Nations Development Programme, I received the most touching of the warnings, pieces of advice and offers to me from Ambassador Carrington.

“He called me in Copenhagen and told me categorically that I was going to be arrested on returning home and, therefore, advised me not to return home.

“No doubt, his generous assistance to my family, while I was a political prisoner, makes me forever indebted to him”

“When I was in prison, he was one of the few foreign Ambassadors who regularly visited my wife to encourage her and to find out how I was doing in prison. I can proudly say he was a true friend and brother,” he said.

The late ambassador died on August 11 at 92.

Following his demise, President Muhammadu Buhari, the National Leader of the All Progressives Congress (APC), Bola Tinubu among others have eulogised Carrington, describing him as a true friend of Nigeria. 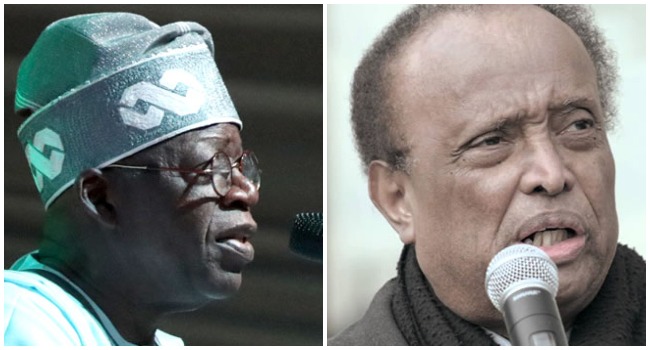 National Leader of the All Progressives Congress, Bola Tinubu, has paid tribute to the former United States Ambassador to Nigeria (1993-1997), Walter Carrington, who died on Wednesday.

In a statement released on Saturday by his media office, Tinubu credited Carrington as one of the heroes who fought for Nigerian democracy during the military regime of General Sani Abacha in the 1990s.

“He openly and unconditionally championed the advent of democratic freedom and constitutional governance in the country,” he said.

Although Carrington was an American citizen, Tinubu noted, he gave his all to the Nigerian causes and acted far beyond the call of duty.

“Ambassador Carrington was a rare breed,” the former Lagos State Governor said. “He demonstrated the power and progress that could happen if only Africa and Black America recognized that bond that exists between them. He saw and nurtured it.

“That bond is what led him to do to for us as a brother, not just an Ambassador, would do. For this, he was to face danger and attempts against him in Nigeria.”

“Ambassador Walter Carrington – Citizen of One Nation, Son of Two”:

“I am deeply saddened by the passing of former U.S. Ambassador to Nigeria, Walter Carrington. We thank God for giving Ambassador Carrington a long life of 90 years full of exemplary deeds and the best of human achievement.

“We thank God for giving Nigeria Walter Carrington when He did. Ambassador Carrington came to Nigeria on a diplomatic assignment but his true mission was even more sublime. Walter was both an African and an American. This identity he knew full well for it shaped who he was and guided what he did. The best of both worlds was evident in him. This man may have been the citizen of one country but he was surely the brave and passionate son of two nations.

“Last month, I penned a tribute to Ambassador Carrington as Nigeria joined him in celebrating his 90th birthday. Little did any of us know that we would so soon have to say farewell to this outstanding example of courage amidst humility, of intellect teamed with compassion. Walter Carrington was a renowned scholar, author, and astute, innovative diplomat. These things are excellent but they don’t tell the full picture. He was much more than that. He was a proud and noble black man who stood up for his convictions when it would have been easier to simply turn and look the other way.

“As American Ambassador to Nigeria (1993-1997), Carrington lived with us during a troubled and uncertain time. We were in the clutches of an epic battle between democracy and dictatorship, between freedom and oppression, between enlightened progress and authoritarian reaction. Carrington could have maintained a diplomatic distance. He could have acted cozily with the Abacha regime. His life would be been less difficult and safer. But he eschewed personal comfort for the higher prize of a greater mission. He lent himself to the fight against repressive government. He openly and unconditionally championed the advent of democratic freedom and constitutional governance.

“Without the courage and contributions of Walter Carrington, democracy might not have come when, and as it did. Certainly, more of our democracy activists would have suffered and perhaps lost their lives but for his extraordinary intervention. In helping to secure the blossom of democracy, he became a thorn in the side of the regime and of those who simply cannot stand a good democracy or people being free.

“Among the many foreign friends Nigeria has known over the years, Carrington was the most selfless. He was also the foreigner who contributed the most to the end of military rule in our land. As such, he acted far beyond the call of duty. He acted as the rare human being he was – the son of two nations. To paraphrase the title of his book, he refused to remain silent in a time of tyranny. He refused to be wined and dined while others were being jailed. He refused to be feted while others were being beaten. He refused to say all was well when so many were undergoing all manner of indignity and improper danger.

“Ambassador Carrington was a rare breed. He demonstrated the power and progress that could happen if only Africa and Black America recognized that bond that exists between them. He saw and nurtured it. That bond is what led him to do to for us as a brother, not just an Ambassador, would do. For this, he was to face danger and attempts against him in Nigeria.

“What many of you did not know is that he was also to pay a price in America. Many did not like the unabashed stand he took as a black man standing up for a black nation. They sought to hurt and impede him professionally, he knew this was the danger he would face yet he marched onward. He knew the path he chose was not the easy one but it was truly the right one and thus it was the only path a man such as he was bound to take.

“As such, he was a man of character and high principle. Hounded and hunted, Carrington stood undaunted. He refused to do less than what was right for America and for Nigeria. We can never forget Ambassador Carrington. To forget him would be a shameless act like forgetting one’s older brother. Instead, we honor him. His name shall take its rightful and good place in the annals of this nation. The principled manner in which he lived should be taught in to our children.

“We should duly honor this black man who return to us from across the ocean to prove that neither the passage of time nor great distance can break the familial ties between us. We thank Walter Carrington for his love of us, and his special contributions to this country. May I offer condolences to his loving wife and our sister, Arese, who was such a wonderful partner to Walter.

“May God give her the solace and comfort that can come only from His hand. May God’s tenderest mercies be with their children and the entire Carrington family over the loss of their father and patriarch. We must all honor Walter by honoring the laudable ideals for which he stood. This man became a bridge between Africa and the African-American. Let us continue his legacy by expanding and strengthening that bridge for the benefit of our race. Ambassador Carrington has gone to be with God. But before he left, he taught us by example what it means to be pan-Africanist. Now we must follow. Well done Ambassador Carrington. Extremely well done!”

The former United States ambassador to Nigeria, Walter Carrington has identified corruption, lack of good leadership and foresight as responsible for most of the economic problems confronting the country and called for determination to effect changes through election of good leaders.

The diplomat while delivering the 29th convocation lecture of University of Ilorin also called for diversification from the oil as major source of revenue to improvement of agricultural sector through revitalizing of manufacturing sector.

The convocation, held at the auditorium of the university, was filled with students, academics and members of the public.

The lecture, titled ‘The Dawn Of Nigeria’s Second Century; Challenges To A New Generation’ was delivered by Mr. Carrington.

He noted that persistent poverty retarded the growth of the country and blamed successive country leaders for lack of foresight and corruption as responsible for the decline growth of the giant of Africa.

He also recommended constant change of bad leadership through democratic means and the need to focus less on proceeds from oil and diversify to improvement of agricultural sector in the next century to be respected among comity of nations.

He later paid a courtesy call on the Kwara state governor, Abdulfattah Ahmed where the governor enumerated various challenges facing the country since independence but assured of the resolve to always be together as one country despite the challenges.

With the challenges thrown by the former ambassador on how to revamp the economy and make life meaningful for ordinary Nigerians, it is hoped that the country’s leaders will hearken to the call and do the right thing for the country to move forward.