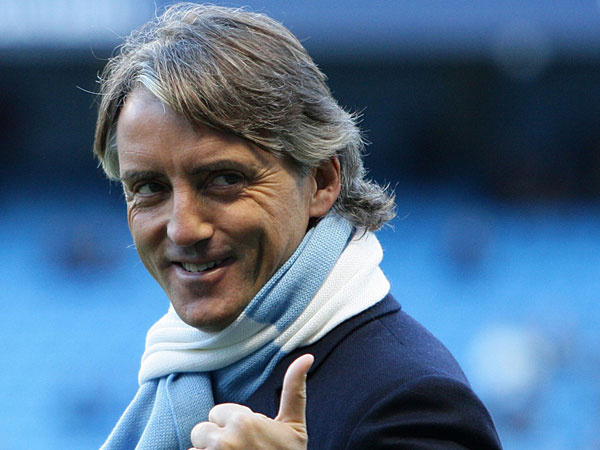 Roberto Mancini has insisted that Manchester City can still spring up this season as the London club will be having an engagement that will decide their stay in hot contention for the English Premiership title this season or mar their chance this weekend.

Mancini’s boys held the topmost position for five whole months clinching to the number one position thereby making Manchester United, Chelsea and Arsenal jostle for the top spot, however City lost their opportunity to remain number one as they let Manchester United who are home rivals overtake them on the EPL table few weeks ago with scoring late goals no thanks to Wayne Rooney with seven games remaining to be played.

Mancini admitted earlier in the week that defeat for his team at Arsenal this weekend, coupled with a win for rivals Manchester United over QPR, would all but hand the trophy to Sir Alex Ferguson’s men – who would increase their lead to eight points.

The coach who hails from Italy has said he is no way at all giving up the fight for the title as he believes that his squad can get back to the top spot for they will be fighting to the end, in the hope that United do slip up in their remaining games – which include a trip to the Etihad Stadium.

He also said that seven games is a long way from here as anything can happen in that United can lose points by losing a few games after all they (Man. City) lost four points in two games and that they (United) win all their games then congratulation but for Manchester City the fight is still on for the title.