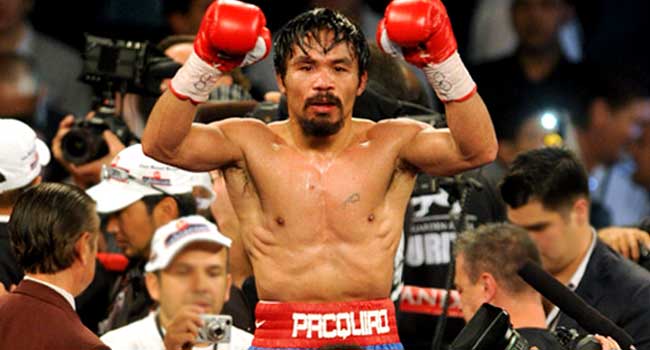 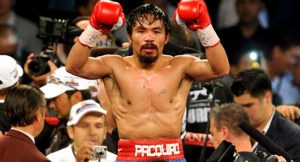 Filipino professional boxer, Manny Pacquiao, has returned to the ring to claim the WBO welterweight title in Las Vegas.

The 37-year-old had announced his retirement after beating Timothy Bradley in April.

After quitting boxing, he won an election to the Senate in the Philippines.

American former professional boxer, Floyd Mayweather (Jr.), who had a ringside seat, described the Filipino’s performance as “Not bad”.

Mayweather had beaten Pacquiao to become the undisputed welterweight champion in May 2015 in a bout tagged “the fight of the century”. 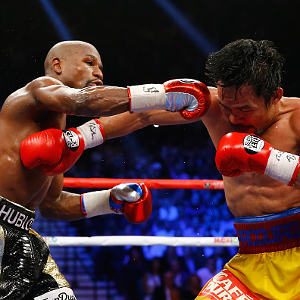