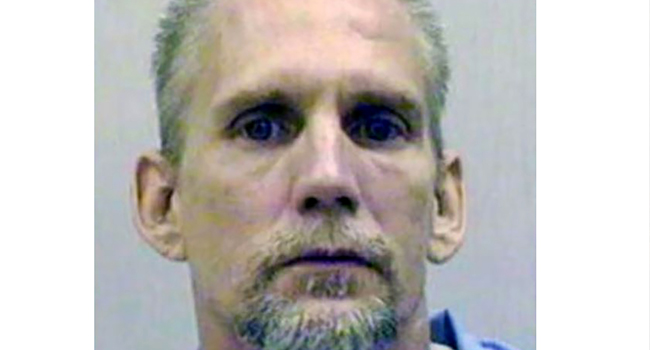 A 68-year-old murderer was executed by lethal injection in the US state of Indiana on Thursday despite claims by his attorneys that he was suffering from dementia and did not know why he was being put to death.

Wesley Ira Purkey, of Kansas, was pronounced dead at 8:19 am (1219 GMT) at Terre Haute prison, the Justice Department said.

Purkey was convicted in 2003 of the 1998 rape, murder and dismemberment of 16-year-old Jennifer Long. He was also found guilty of beating an 80-year-old woman to death with a hammer.

A reporter for the Indianapolis Star who witnessed the execution said Purkey appeared lucid and aware of his surroundings after being strapped to a gurney.

“I deeply regret the pain and suffering I’ve caused Jennifer’s family,” the newspaper quoted Purkey as saying in his final words. “This sanitized murder really does not serve no purpose whatsoever.”

Purkey was the second federal inmate to be executed this week after President Donald Trump ordered a resumption of federal executions after a 17-year hiatus.

Daniel Lewis Lee, 47, a former white supremacist convicted of the 1996 murders of a family of three, was put to death by lethal injection on Tuesday.

Rebecca Goodman, one of Purkey’s lawyers, had appealed to the Supreme Court in a bid to halt his execution, claiming he was a “severely brain-damaged and mentally ill man who suffers from advanced Alzheimer’s disease and dementia.”

“Though he has long accepted responsibility for his crime, he no longer has a rational understanding of why the government plans to execute him,” Woodman said.

A US District Court judge ordered the execution halted so Purkey could undergo a mental competency hearing and the order was upheld by a US Court of Appeals.

But the Supreme Court overturned the lower court orders overnight, clearing the way for Purkey to be put to death.

Another federal inmate, Dustin Lee Honken, 52, is to be executed on Friday for five murders including those of two girls aged 10 and six.

The death penalty was reinstated on the federal level in 1988 but had been used on only three occasions before the executions of Lee and Purkey — the last time in 2003.

Trump, who faces a tough reelection battle in November, has called for stepped-up use of capital punishment, especially for drug traffickers and killers of police officers.

Only a handful of US states, mainly in the conservative South, still actively carry out executions. In 2019, 22 people were put to death.

Most crimes are tried under state laws, but federal courts handle some of the most serious offenses, including terror attacks, hate crimes and racketeering cases.

Among the most notable recent federal executions was that of Timothy McVeigh, who was put to death by lethal injection in 2001 for the 1995 bombing of a federal building in Oklahoma that killed 168 people.