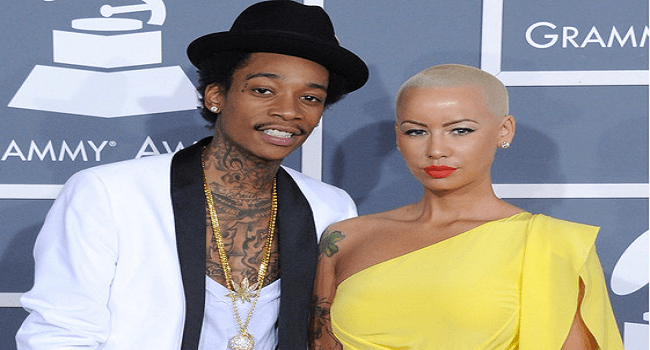 Popular hip hop model, Amber Rose, who filed for divorce from her rapper husband, Wiz Khalifa, has revealed what may have caused the split… cheating!

In a recent interview, Amber gave a hint the rapper cheated multiple times.

Almost five months since Amber Rose served divorce papers to Wiz Khalifa, and despite a social media frenzy which many regard as attempts to get back with him, Sebastian’s mom says she is ready to move on.

In a new interview with Power 105.1’s The Breakfast Club, Rose disclosed details of her love-gone-sour.

“Now that I’m done crying, it doesn’t bother me anymore. Now’s my time to live. I’ll never say never because he’s the father of my child. He’s still technically my husband. But right now, with all he’s doing, I’m not with it.”

When the radio show’s hosts brought up several allegations of cheating, Rose remained vague, saying, “It’s like ‘Dude that’s not you.’ That’s not my husband. That’s not the man that I know. Wiz isn’t a bad guy. He has great spirit, that’s why I married him. People make mistakes.

One co-host claimed the young rapper was “allowed three hall passes,” to which Rose replied, ” What if he…,” “Used them up?” another co-host asked, and she nodded her head.

Amber claimed she never cheated on Khalifa, and also denied rumours about a romance with her manager Nick Cannon. “He’s like family,” she said.

When asked if she too changed in their marriage, she replied, “I became a mother. I’m not at the club every night, downing shots. My priorities changed for sure.”

“She’s a baby, she needs to go to bed at 7 o’clock and relax,” Rose said of Jenner. “That’s ridiculous. [Tyga] should be ashamed of himself. For sure. He has a beautiful woman and a baby and left that for a 16-year-old who just turned 17.”

Amber is working on a book in which she chronicles her life and choices.

“Every mistake that I’ve made so far, I’m showing these girls how to not do that,” Rose said. “It’s like I’m Jesus. I made the mistake for them.” 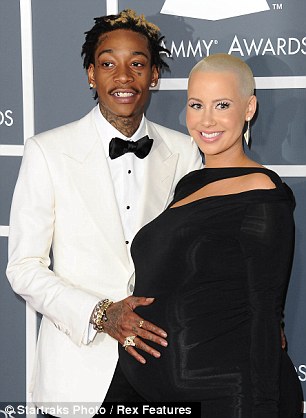 The happy father took to the social media platform Twitter to announce the birth of their son named Sebastian.

He posted: “Happy Birthday Sebastian “The Bash” Taylor Thomaz!. Everyone welcome this perfect young man into the world.”

She tweeted: “Happy Birthday to our baby boy Sebastian “The Bash” Taylor Thomaz! I’m so happy u guys I fell in love all over again! :-)”

Wiz later posted a picture of himself on Instagram entitled ‘Daddy time’ wearing blue scrubs following the birth of the couple’s son.

It was speculated that Amber was ready to pop last week after she revealed on Twitter that she would be taking a break from Twitter to focus on the imminent birth.

She wrote: “Hey Rosebuds & Rosestuds Muva won’t be back on twitter until Wizbud is born I need 2 meditate & focus on our Lil boy Luv u talk soon – Muva (sic).”

Following the birth of Sebastian, the couple will be looking ahead to planning their wedding.

Wiz previously admitted: “It makes more sense for the baby to be in the wedding than for her to be pregnant,’ said Wiz. Some people, they rush and do it, but it works both ways.” 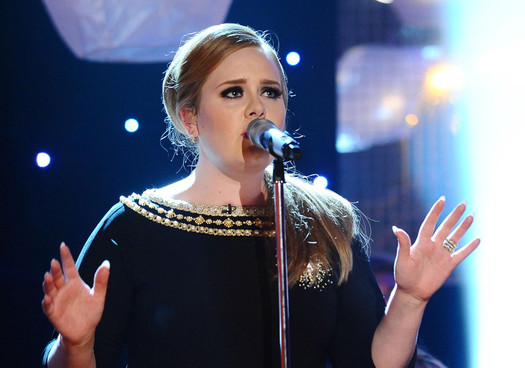 British singer Adele on Sunday walked away with 12 of the 18 award nominations, at the just concluded 2012 Billboard Music Award.

The awards were won from her album 21, she also won top female artist, top artist and top album.

Other awardees include LFAO who got an award for their “Party Rock Anthem” as song of the year,
Top duo group, as well as 4 awards out of 6.

Other highlights of the show were tributes session which allowed some fans to pay tribute to Robin Gibb who recently died of cancer. Natasha Bedingfield paid tribute to Donna Summer, while Wiz Khalifa praised late Beastie Boy Adam “MCA” Yauch.

John Legend and Jordin Sparks sang “The Greatest Love of All” and “I Will Always Love You” to remember Whitney Houston. 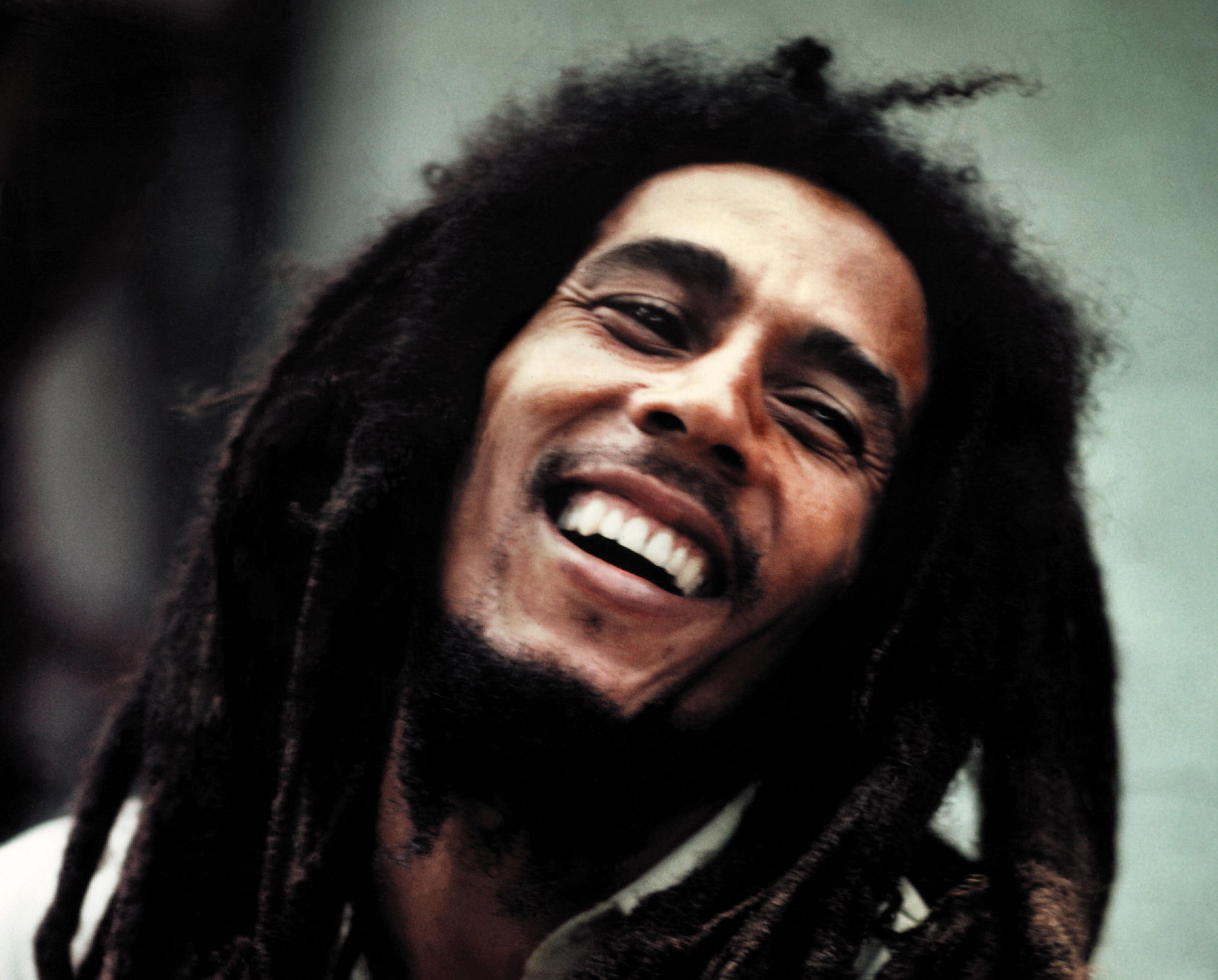 Africans all over the world will be commemorating the life of the late reggae music legend, Bob Marley who died on May 11 1981 after succumbing to terminal cancer at the age of 36.

Robert Nester Marley, the iconic star, transformed the world with his revolutionary songs that inspired many people and societies especially those grappling with colonization, injustice and slavery.

Marley has three children with his first wife Rita, adopting her two children as his own. Their three children Cedella, Ziggy and Stephen have all gone on to have musical careers, with Ziggy and Cedella working together in the group the Melody Makers.

Stephen Marley has produced and written songs for the youngest of the Marley siblings Damian “Jr. Gong” Marley, who also is enjoying a robust career himself. Kymani Marley is also working on an album due this year, his sixth named New Heights.

Bob Marley’s influence in hip-hop culture is widespread. In 1999, Island Records released a compilation of Marley’s master vocal tracks with some updated performances featuring the likes of the late Guru of Gang Starr fame, Public Enemy’s Chuck D and others. Bob Marley’s music also had an impact on New Jersey trio the Fugees.

(Former Fugee member Lauryn Hill has five children with one of Marley’s sons, Rohan.) Pot-loving rappers such as Wiz Khalifa and Snoop Dogg also owe Marley a nod as the green leaf was a common fixture in the reggae singer’s life.

Marley released 13 albums over the course of his career alongside his band the Wailers, with Confrontation released in 1983 posthumously.

Bob Marley was born in the largest parish in the island of Jamaica, Saint Ann, which is also home to reggae stars Shabba Ranks, Burning Spear and black nationalist Marcus Garvey, also a hero of Marley.