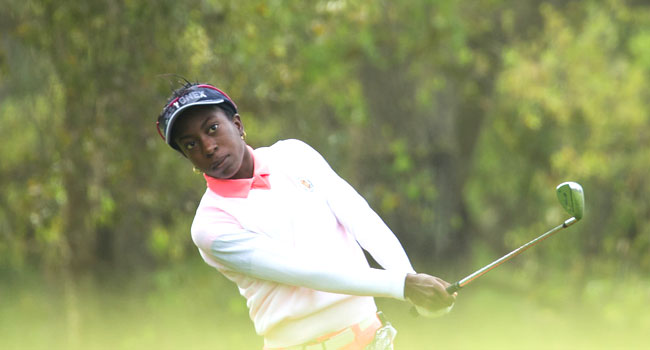 Nigeria’s Georgia Oboh is aiming to become the first Nigerian to feature in the prestigious Women’s British Open when she competes with 107 golfers across the world in the final qualifying tournament for the 44th edition of the tournament on Monday July 29 at the Ashridge Golf Club, in Little Gaddesden, England.

The Edo State-born golfer has continued to put Nigeria on the global map and she is aiming for one of the places available in the qualifying tournament.

Oboh played a score of 75 (3over par) at the Pre-Qualifying tournament held at Sandy Lodge Golf Club on July 15 to secure her place in the final qualifying competition. A confident Oboh said she is unfazed by the challenges she had faced so far since turning professional earlier this year, as she is following her dream of becoming the first female Nigerian to win a major title.

The one-day tournament will decide the players that will join the elite players that had already been listed by the organizers for the championship holding at Woburn Golf Club in Buckinghamshire, England.

The teenage sensation has been undergoing her apprenticeship with the PGA of Nigeria (PGAN) under the tutelage of Mathew Lawrence of Ikoyi Club.

Even before making it to the main event which tees off on August 1, the former World Teen Champion has become the first Nigerian to get to the final Qualifying tournament of the most established and historic major championship in women’s golf.

The venue of the British Open, Woburn Golf Club has a rich affiliation with the event and professional golf tournaments having first hosted the Women’s British Open in 1984 and ten times since then, most recently in 2016 when Thailand’s Ariya Jutanugarn prevailed by three strokes on the critically acclaimed Marquess’ course.