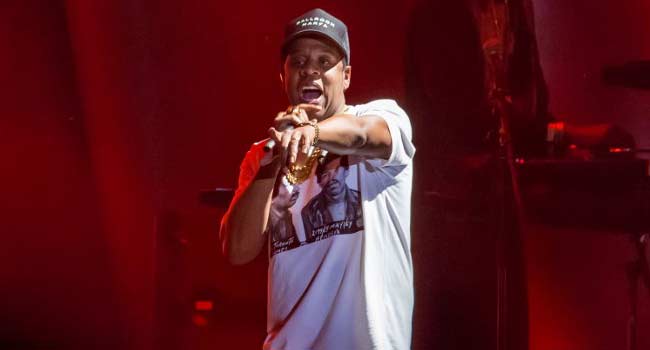 Rap mogul Jay-Z has pulled out of an August bash commemorating Woodstock’s 50th anniversary, a source said Friday, the latest blow to hit organizers after months of setbacks.

Speaking to AFP on condition of anonymity a source close to the matter said Jay-Z, arguably the top act, would no longer bring down the curtain on the festival that reportedly will now be held in Maryland on a smaller scale, instead of upstate New York where the 1969 blow-out took place.

Rocker John Fogerty — who played the original weekend of peace, love and music with his band Creedence Clearwater Revival — said he would be returning there to mark the anniversary but would not perform at the Maryland commemoration.

This is despite his having appeared alongside promoter Michael Lang in March to announce the Woodstock 50 line-up, where he was featured.

“John Fogerty knows where he will be for the anniversary weekend of Woodstock. At only one site… At the original one — the Bethel Woods Center for the Arts,” the artist’s team said in a statement obtained by AFP.

The August 16-18 Bethel Woods celebration — marking the original festival that saw hundreds of thousands descend on a dairy farm to see Jimi Hendrix, Janis Joplin and other icons in the pouring rain — will feature sets from Ringo Starr, Santana and Fogerty.

Just weeks after Lang — who was behind the original weekend — unveiled the Woodstock 50 line-up, the festival’s lead financier announced its cancellation, citing production difficulties.

Festival organizers insisted the show would go on, but hit hurdle after hurdle, including the withdrawal of the planned venue at Watkins Glen, New York. The artists’ contracts were linked to that original venue.

Other towns in upstate New York denied permit applications for the event, until Thursday when The New York Times and Bloomberg reported that the fest, also slated for August 16-18, would be held at the Merriweather Post Pavilion in Columbia, Maryland.

Organizers have not responded to AFP requests for comment regarding the new location, which has a capacity of just 19,000, a far cry from the 100,000 people Woodstock 50 had once anticipated to descend over the three-day weekend.

Contemporary heavyweights including Jay-Z and Chance the Rapper will headline this year’s Woodstock festival marking the 50th anniversary of the legendary concert weekend, organizers announced Tuesday.

Veteran acts that played the 1969 festival in upstate New York — considered a definitive moment in pop culture history — are also on the lineup set for August 16-18, including Santana, John Fogerty, Country Joe McDonald and Canned Heat.

The 2019 edition of peace, love and music will span the genres, in a bid to appeal to fans of the original weekend — where icons including Jimi Hendrix and Janis Joplin jammed in the pouring rain — as well as today’s young concert-goers.

Michael Lang — a promoter who co-created the 1969 show — had promised an “eclectic bill,” telling Rolling Stone that Woodstock 50 aimed to be “multi-generational.”

This three-day event to be held in Watkins Glen, New York is separate from one slated for the same weekend at the first festival’s site, about 115 miles (185 kilometers) away.

With a lineup that includes everything from hip hop to country with more than 80 artists, Woodstock 50 lives up to vows of widespread appeal, featuring a diverse billing of artists including rapper Common, rockers The Black Keys, pop futurist Janelle Monae and folk-rock troubadour Brandi Carlile.

“See ya in Aug! Performing on Friday, so I have all weekend to party!” tweeted pop star Miley Cyrus.

The 73-year-old Fogerty, frontman of the legendary rock band Creedence Clearwater Revival, also tweeted his delight: “Come join me on my 50 Year Trip at Woodstock 50!”