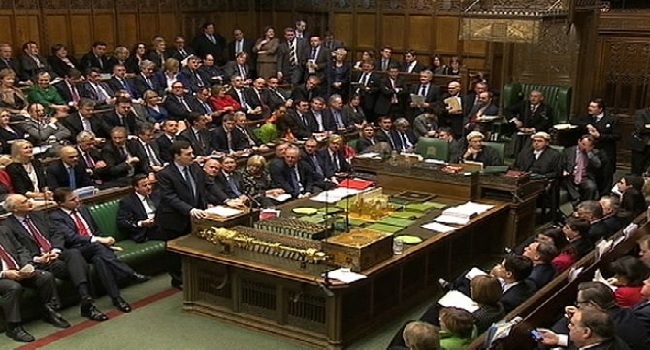 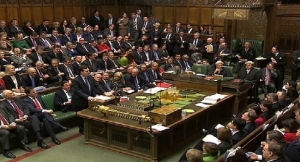 Over 60 British parliamentarian in a letter to Prime Minister, David Cameron, have said that the killing of minorities by the Islamic State (ISIS) should be recognised as genocide.

The lawmakers urged Mr Cameron to use his influence to reach an agreement with the UN that the term genocide be used.

The letter said that this would send the message that those responsible would be caught, tried and punished.

The MPs claimed that ISIS had been systematically killing minority groups including Iraqi and Syrian Christians and Yazidis.

The UN has cited the Yazidis’ treatment by ISIS, as evidence that the Jihadist group may have committed genocide and war crimes in Iraq.

The Jihadist group has also been trying to eradicate minority groups from large parts of the country, human rights organisations have warned.

The letter, written by MPs Rod Flello and David Alton, said there was clear evidence of ISIS assassinations of church leaders, mass murders, torture, kidnapping for ransom in the Christian communities of Iraq and Syria and “the sexual enslavement and systematic rape of Christian girls and women”.

It also said that the group was carrying out “forcible conversions to Islam”, the destruction of churches, monasteries, cemeteries, and Christian artifacts and theft of lands and wealth from Christian clergy.

The letter read: “This is not simply a matter of semantics.

“There would be two main benefits from the acceptance by the UN that genocide is being perpetrated.

“It would send a very clear message to those organising and undertaking this slaughter that at some point in the future, they will be held accountable by the international community for their actions; they will be caught, tried and punished.

“It would also encourage the 127 nations that are signatories to the convention to face up to their duty to take the necessary action to ‘prevent and punish’ the perpetrators of these evil acts”. 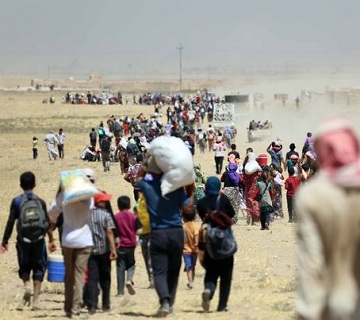 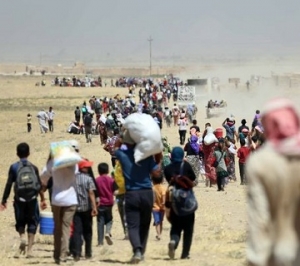 The international community has been worried over the humanitarian situation in Iraq.

Nearly 30,000 Yazidis have fled into the mountains for fear of being killed.

Islamic States militants have been targeting Christians and Kurds for a couple of weeks now and those who fled may be in even greater danger with lack of food and water and other basic necessities.

While deliberations continue as to giving the Kurds weapon to fight insurgents, Britain says its major concern is that the militants could grow strong enough to target people on the streets of Britain, unless it takes action.

This usually involves the use of all resources – aid diplomacy and military prowess to help bring about what it calls a stable world.

The British Prime Minister, David Cameron said in an interview, that a humanitarian response to Islamic state militants was not enough and they could only be kept in check via a firm security response.

The militants have reportedly taken over large parts of northern Iraq and Syria in the past few weeks. But Kurdish forces, supported by US airstrikes, have reclaimed Mosul Dam, important to Iraq’s electricity generation.

Mr Cameron’s fear, is that if intense counter-attacks are carried out, then it is only a matter of time before the terrorist movement will target the UK.

The UK has been involved in providing supplies to people stranded as a result of the fighting, providing a series of air drops, especially for those who have fled towards the mountains.

But Mr Cameron will not tolerate any sympathy towards s militants from Britons. He has suggested that anyone walking around with Isil flags or trying to recruit people to their terrorist cause, should be arrested.

He has also stressed his perception of the Iraqi crisis,which he did not see as a war on terror, but as a battle between Islam on the one hand and extremists who want to abuse Islam on the other.

The group is estimated as having about 400 recruits from the UK, and some 69 people suspected of Syria-related Jihadist activists have been arrested in the UK.