Yemen government officials confirmed on Sunday that over 2,000 people were killed in the nation’s year-long political uprising which led to the ousting of embattled President Ali Abdullah Saleh.

The nation’s ministry of Human Rights reported that the 2,000 or more casualties include armed fighters, civilians and 120 children that were felled in the spate of violent protests and nationwide clashes.

It also confirmed that some 22,000 individuals were injured in the fighting. The numbers that were revealed as crowds of protesters marked one year since the start of the battle to dethrone long-term leader Saleh.

The figures proved to be much higher than what international organisations had estimated. Earlier this year, London-based human rights group Amnesty International, put the number of protesters killed in the uprising at 200.

For almost one year, armed men in plain clothes loyal to Saleh had taken to the streets, systematically wiping out anti-government protesters.

After much negotiation, Ali Abdullah Saleh stepped down last month, accepting an internationally backed deal that exempted him from prosecution, provided he hand over power to his vice.

Despite the terms of the deal, protesters today still called for the arrest and prosecution of Saleh as they remembered the 50 protesters killed last year by snipers loyal to ousted leader.

Violence still roams the streets of Yemen, despite the end of the infighting. Two gunmen on motorcycle shot and killed an American teacher working at the language institute in Taiz city, a government official confirmed.

The teacher, Hamoud al-Sufi had been gunned down in his car, but officials were not clear who the killers might be.

Security officials also claimed that a Swiss research had been kidnapped by tribesmen. She had been abducted in the western city of Hodeida.

Tribesmen deny having a hand in her kidnapping, blaming militants instead. Kidnappings had been common in Yemen even before the conflict, but the year-long war has taken an added toll on the nation’s tenuous security, making matters even worse.

Medics Sunday had put the number of army personnel killed at 35. A military source said some soldiers were also missing.

The attacks, which were claimed by al Qaeda, are the latest since president Abd-Rabbu Mansour Hadi took office last month.

The violence highlights the challenges he faces as he tries to stabilize Yemen after a year of protests against his predecessor, Ali Abdullah Saleh. 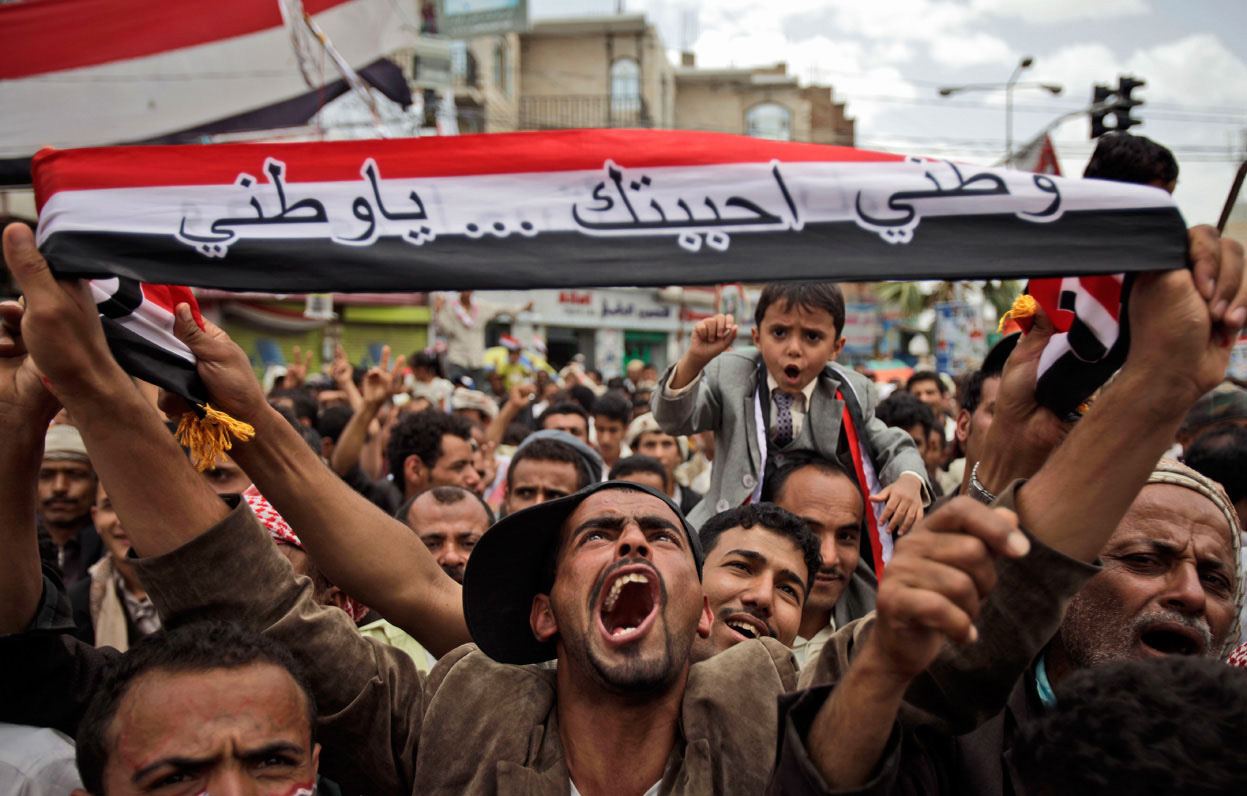 An explosion tore through a polling station in the southern Yemeni city of Aden on Monday (February 20), followed by gunfire that killed one soldier, a day before a presidential vote to replace Ali Abudllah Saleh.

The soldier was killed and another injured when unidentified gunmen opened fire on an army patrol in the same neighbourhood shortly after the blast, an official said. No one was hurt in the blast, he said.

The official could not confirm whether the two incidents were related. He told Reuters the explosion caused a big hole in the building’s wall and shattered the windows of nearby houses. He said authorities were investigating both incidents.

Millions of Yemenis vote on Tuesday (February 21) in an election in which Vice President Abd-Rabbu Mansour Hadi, representing Saleh’s supporters and opponents, is the only candidate. A year of protests and unrest have forced Saleh to end his 33-year rule.

Southern secessionists and Houthi Shi’ite rebels in the north are boycotting the vote but analysts say they are unlikely to be involved in violence to disrupt it. In the south a powerful branch of al Qaeda is active and has controlled a number of cities there for nearly a year.

Saleh handed power to Hadi in November under a power-transfer deal brokered by Gulf Arab states with the help of the United Nations, the United States and the European Union.