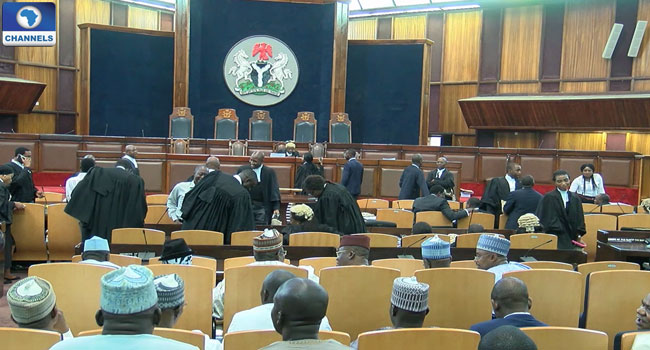 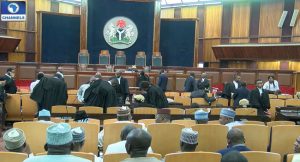 The Nigerian Bar Association, NBA, has forwarded the names of nine eligible applicants to the Acting Chief Justice of Nigeria and Chairman, Judicial Service Commission, Walter Samuel Onnoghen, for appointment as Justices of the Supreme Court of Nigeria.

This followed a rigorous process of shortlisting done by a select committee chaired by the President of the Nigerian Bar Association, Abubakar Mahmoud, with eight other eminent lawyers as members.

Applicants shortlisted by the NBA for appointment as Justices of the Supreme Court are the following:

The above mentioned applicants were shortlisted from a total of 89 Expressions of Interest that were scrutinized.

It would be recalled that the Acting Chief Justice of Nigeria, Walter Onnoghen, had earlier forwarded a request to the President of NBA, Abubakar Mahmoud, SAN  “to nominate suitable candidate for consideration as Justices of the Supreme Court of Nigeria.”