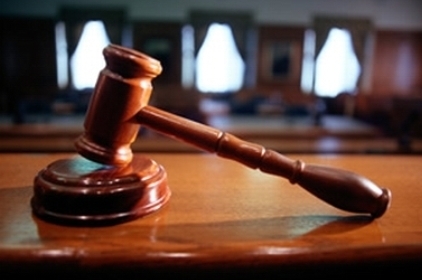 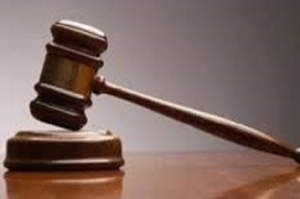 The Technical Unit on Government and Anti-Corruption Reforms (TUGAR) has identified corruption and weak judicial system as the reason why mismanagement of public finances continue to thrive in Nigeria.

TUGAR made this declaration in Abuja during the public presentation of a report on GAP analysis of anti-corruption initiatives in public finance management system in Nigeria.

The survey, which was the third phase of similar exercise by the agency, covers ten Nigerian states, including Cross River, Jigawa, Nasarawa and Katsina.

A Professor of Criminology and Sociology of Law, Etannibi Alemika, while reviewing the report, noted that legal regulations practice and implementation of anti-corruption measures in public finance management were weak in most states of the federation.

Past and present administrations in states and federal levels have set up various anti-corruption initiatives to fight corruption and public finance mismanagement. However, these efforts were deemed not to have yielded much result.

The Executive Secretary of Nigeria Extractive Industries Transparency Initiative (NEITI), Zainab Ahmed, advised that citizens must take advantage of such initiatives and reports like TUGAR’s to put more pressure on government for a change.

As a way of finding solution to financial corruption in public offices, the report recommends among others, that anti-corruption agencies should use audit reports regarding affairs of government at all levels to prosecute infringements on due processes. 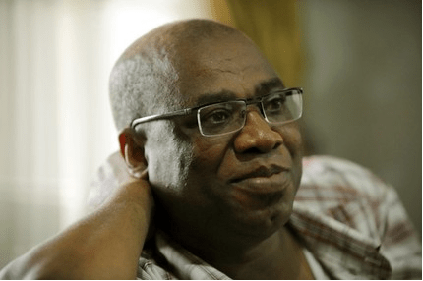 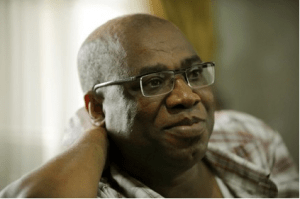 The Chairman of the Nigeria Extractive Industries Transparency Initiative (NEITI), Mr Ledum Metee on Wednesday said Nigeria from 2007 to 2001 has realised N30.09 trillion as revenue from oil and non-oil sectors between 2007 and 2011.

Mr Metee announced the figure at the public presentation of fiscal allocation and statutory disbursement and solid minerals audit reports in Abuja.

According to Mr Mittee, N23.7 trillion was realised from the mineral sector while N4.014 trillion was generated from non-mineral revenues

Mr Metee also used the occasion to clarify reports of under-remittance of funds to the federal account in 2011.

Meanwhile, the Executive Secretary of NEITI, Mrs. Zainab Ahmed expressed disappointment over lack of synergy between government agencies and the Central Bank of Nigeria, which has led to disagreements over what is actually earned and remitted by some agencies.

She said a review of the Central Bank of Nigeria and Nigeria Customs Service records on exported mineral showed that there were discrepancies in the value of exported minerals and the associated companies.

She said, “From the report, total revenue received by the Federal Government increased significantly in 2011 as compared to previous years.

“This was attributed to the awareness created from the last audit cycle by NEITI and increasing attention paid by government to solid minerals industry.”

According to her, the report recommends urgent need to check the incessant smuggling of solid minerals products out of the country.

She decried the deliberate creation of border markets at strategic border points across the country for the smuggling of solid minerals.

Ahmed said that the report also called for the establishment of International Standards Organisation certification in each of the six geo-political zones of the country for the purpose of analysing minerals extracted or discovered.

She said that the report was to establish and make public the revenue flows through investment among the major players in the solid mineral sector.

The organisation urged government to create markets at strategic boarders across the country,  in order to check smuggling of solid minerals out of the country.

Executive Secretary of the Nigeria Extractive Industries Transparency Initiative (NEITI), Zainab Ahmed has called for a more active collaboration with civil society organisations to help correct the lingering issues of accountability in the oil and gas industry.

Constituting a 15-man committee in Abuja, Ahmed said that the activists would advance the reforms in the sector, as well as disseminate more channels across board to monitor and enthrone greater transparency in the system.

Ahmed said: “the trends and the patterns are the same, and the civil society as they get more informed and we engage them more and they understand the issues, they will be able to intervene at the best of times”, insisting that “things are not going on well at the oil and gas sector”.

“Revenues that are due to the federation are not all going to the federation as they are supposed to. There is a need for us to bring out these issues, to discuss them and to cause whoever is responsible for them to begin to make corrections. We require accountability in the oil and gas and the mining sectors of this country.”

Against the backdrop of the recent $49.8billion controversy between the Nigerian National Petroleum Company (NNPC), and the Central Bank, she noted that the saga is only a confirmation of several reports released by NEITI, pointing cases of unremitted funds to the federation account, insisting that there is the need to urgently fish out those behind these fraudulent acts in the oil and gas sector. 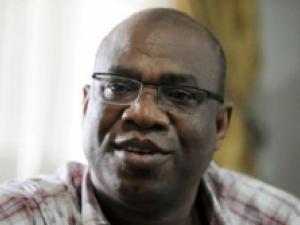 The National Extractive Industries Transparency Initiative (NEITI) has revealed the plan to recover the sum of N1.3 trillion from the Nigerian National Petroleum Corporation (NNPC) and other multi-national companies.

The Federal Government’s bid to recover its debt owed by the NNPC was contained in a statement issued at the end of the NEITI retreat in Abuja.

The statement quoted the President as pledging that an inter-ministerial task team would be charged with the responsibility of ensuring the full implementation of NEITI audit report findings.

President Jonathan stated that the task team would comprise high-ranking government officials as well as government agencies that are saddled with either the responsibility of collecting or managing Nigeria’s oil and gas revenue.

The President again re-assured the nation that his administration has no intention to “cover up any ascertained misdeeds revealed by various fact-finding panels and probes in the extractive industry.”

President Jonathan also disclosed that he had given necessary directives to all Ministries, Agencies and Departments of government and all companies covered by NEITI activities that NEITI should be given “open and unrestricted support” to carry out its statutory functions in view of the strategic importance of the role of NEITI to the transformation agenda.”

Also speaking at the workshop, the Executive Secretary of NEITI, Mrs. Zainab Ahmed disclosed that NEITI’s latest industry audit reports in the oil and gas sector that covered the period 2009 to 2011 and the first NEITI audit report in the solid minerals, which covered 2007 to 2010 would be released to the public simultaneously before the end of the year.

Chairman of NEITI Board, Ledum Mitee, said NEITI would henceforth fully exercise its power under Section 3(f) of the NEITI Act that requires it to monitor and ensure that all payments due to the Federal Government from all extractive industry companies, including taxes, royalties, dividends, bonuses, penalties, levies and such like, are duly made.

He added: “For example, previous NEITI audit reports have identified potential revenue loss due to under-assessments/underpayments by covered entities amounting to over $9.8 billion or N1.3 trillion by the existing exchange rate.

“NEITI can no longer sit down and watch and allow these recoverable funds in the hands of the companies at a time the Federal Government is searching for funds to finance the deficits in the annual budgets.”

He read the riot act to defaulters, saying no entity would be spared the full weight of the law in case of defaults.

He said that the body would  “invoke relevant sanctions under Section 16 of the NEITI against any company found to have rendered false information or failed to provide statements of accounts as at and when due to NEITI Industry Auditors especially in the reported cases where this resulted in under-payments and under-assessments and huge revenue loss to the Federation Account.”

Mitee stated that the relevant statutory sanctions should be invoked against relevant government agencies identified to have willingly frustrated the implementation of remedial issues in NEITI audit reports over the years.

Mitee sought the collaboration of anti-corruption agencies in the renewed bid at ensuring complying with the provisions of the law and enthronement of accountability and transparency in the nation’s oil and gas sector.