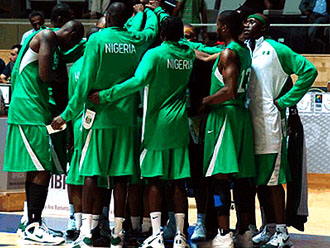 Touted as a great patriot, Nedu as he is widely known, cut short his family vacation for national call as he reported to the  national camp in Orlando where D’Tigers were to play against Team GB and Team Netherlands in the 3-nation tournament in London in the build-up to the 2011 Afrobasket.

He was a member of the team that qualified Nigeria for the Olympic Qualifying Tournament in Venezuela, from where D’Tigers won the qualification ticket to 2012 London Olympic Games.

He also returned to the team for the Zwolle basketball days invitational tournament in Holland in December, 2011 which was his last national team outing.

According to the statement from the NBBF signed by the NBBF Scribe Francis Gbiri stated that “Nedu’s passion for playing with D’Tigers was deep-seated and he will be greatly missed. The federation joins his family and team mates to mourn a departed son, father, husband and great patriot”.