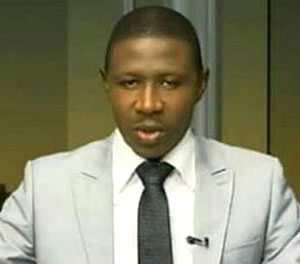 Victor is a Channels Television Presenter and Producer. With local, national and international experience.

A graduate of Political Science from the University of Maiduguri, Victor is known for his distinctive baritone voice and is a presentable, intelligent, well-spoken and responsible journalist.

Victor joined Channels Television as a Youth Corp member in 2011 and was posted to the Web Department as a Web Content Producer, however, his knack for broadcasting saw him add reporting, presenting and producing duties to his primary assignment.

He is the pioneer presenter and producer of Channels Television’s flagship social media powered programme, Channels Beam and a news anchor.

Victor is a major contributor in Africa’s social media circles, especially on the micro-blogging site, Twitter, where he tweets with a verified handle, @victor_mbidi.

Victor is a soccer player, gymnast, table tennis player, swimmer and avid reader when he is not working.