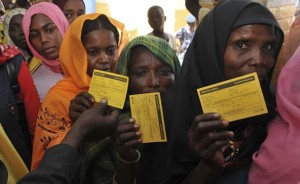 In the on-going battle against the yellow fever outbreak in Angola and the Democratic Republic Of The Congo (DRC), the World Health Organization says although it is currently not a public health emergency of international concern, it however remains a very serious issue.

According to the W.H.O, About 6,000 people in Angola and Democratic Republic of Congo may be infected with yellow fever, six times the number of confirmed cases, but no new infections have been found since July 12; what the organisation describes as an “extremely positive” trend.

However, it was said that the looming rainy season has raised fears of further spread of the worst outbreak in decades of the mosquito-borne hemorrhagic virus.

The outbreak which has killed roughly 400 people since December, now appears to have improved.

With the vaccination of about 7.7 million people this month, in a major campaign in the “high-risk” Congo capital of Kinshasa, along with 1.5 million in other parts of the country, the situation seems to be under control.

Campaigns have depleted the global stockpile of six million yellow fever vaccine doses twice this year already, which the W.H.O says is unprecedented.

I’m Not Afraid Of Prison, Says Zuma After Medical Trip