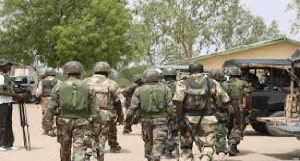 The Benue State Commissioner Of Police, Mr Bashir Makama, while briefing journalists in Makurdi, the state capital, said that the police have made serious efforts to speed up the arrest of the suspect.


According to him, ‘Ghana’ will be arrested on charges of murder and kidnap.

After investigations, the police discovered that the recovered cattle are only among the over 3,000 cattle allegedly rustled by the suspect.

Mr. Makama stated that the joint security almost caught the wanted gang leader, but noted, however, that ‘Ghana’ was only fortunate to have sensed the approaching security forces, who got stuck on a bad road within his hide out.