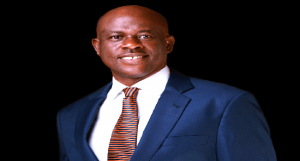 Former Minister of State for Defence and Foreign Affairs, Senator Musiliu Obanikoro, may regain freedom soon from the custody of the Economic and Financial Crimes Commission (EFCC), his spokesman says.

Mr Obanikoro had reported at the anti-graft agency’s office in Lagos on Monday, where he was being interrogated over alleged graft crimes.

His spokesman said in a statement that his principal was well and that the officials of the EFCC were cooperative.

Eze said the agency was conducting its interrogations decently without any form of intimidation and harassment.

He urged the supporters of the embattled former Minister to be patient, noting that the counsels are working tirelessly to secure his release.

The statement reads in parts: “Senator Musiliu Obanikoro is still in the custody of the EFCC, but I can confirm to you that he is strong and well.

“The EFCC officials are doing their job and as at this moment, we don’t have any reason to complain.

“We are optimistic that the operatives will conclude their questioning as soon as possible so that he can go home and rest since he hasn’t rested well, owing to the stress of travelling many hours from the United States.

“We are also confident that the EFCC will not indulge in the luxury of keeping him beyond reasonable time and days, especially as he submitted himself to them without stress”.

Mr Eze added that Senator Obanikoro was not afraid of his stewardship, saying he served Nigeria creditably well and was proud of his contributions so far.