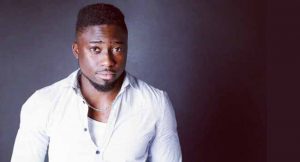 Stunning Nigerian Instagram sensation, Klinton Cod, has narrated his journey from the medical sciences and how he made the switch into online comedy.

Speaking to Channels Television, Klinton, who became an internet comedy sensation in less than two years, revealed that his parents do not believe in his comedy.

Narrating his educational background, he said he initially had a dream of becoming a medical doctor but he instead chose Biomedical Sciences in which he bagged a BSc Degree.

Afterwards, he went on to gain a Master degree in Public Health because according to him, he has a passion for health.

He even wanted to go ahead and bag another Masters degree in nursing in the UK but he rather decided to focus on comedy.

Explaining his parents reaction to the switch, Klinton stated: “My parents don’t believe in my comedy career but my dad watches my videos and he laughs, but they wanted me to focus on my studies”.

Although he admitted the importance of education, he however placed priority on his comedy.

If I hadn’t been doing comedy, I probably would have been in the hospital, so you could call me either a Senior Nurse, Biomedical scientist or a public health professional,” he said.

According to him, while still working in the hospital as a training nurse, he preferred talking to the patients to make them feel better.

“At some point, they were complaining that I was here as a training nurse why do I keep going into the ward and keep talking to patients, I told them this is what I love doing, I walk into the ward and make patients laugh.

“Sometime they could be looking for me and they would just hear laughter coming out from somewhere, and they’ll realise that Klinton is definitely there.

It was afterwards that he realised that comedy was what he really wanted to do and according to him, he took the bold step and left the UK for Nigeria.

Speaking of the journey so far, he highlighted the importance of social media in his craft.

He believes that social media comedy is very important because, it reaches more people compared to the real life stand up comedy.

“An online social media comedian can easily get access 50,000 people from the comfort of their bedroom and from different vicinities but the stand up comedian has to plan towards an event and then the number of people to come for the event may probably be like two thousand,” he stated.