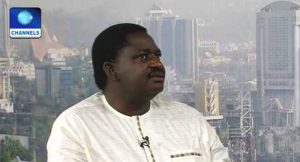 Special Adviser to the Nigerian President on Media and Publicity, Mr Femi Adesina, has explained the Presidency’s plan of setting up a special investigative panel to look into the issues surrounding the suspension of the Secretary to the Government of the Federation, Mr David Babachir Lawal, and the Director General of the National Intelligence Agency, Ayo Oke.

He was responding to comments that an investigative panel headed by the Vice President should not have been set up, when there are agencies of government that have been empowered to carry out such investigations.

According to him, “the government believes that setting up an investigation at this time is right and government has the mandate of the people. It will not satisfy everybody but it does not matter.

“You will never win with some Nigerians, they will always find faults but then, government has been elected and government is in place to do certain things and government would do what it believes to be right at any given time.”

Also reacting to comments by the SGF who had questioned journalists, saying “who is the Presidency”?, Mr Adesina described the question as rhetorical, adding that it does not necessarily need an answer.

“I return that to the media because most times when anybody talks, it could even be a presidential aide, they attribute it to the presidency”, a situation which according to him, shouldn’t really be the case.

“I just understand what is being done, I understand why it’s being used and I know it’s a media way of doing things.”

He, however, noted that if Nigerians must get an answer to the question then “we must get it from the SGF”.

Responding to questions as to why both issues of the SGF and the NIA DG were being lumped together and given the same verdict, Mr Adesina said there’s the saying that: “A matter is not fully settled until it has been permanently settled.”

According to him, the issue of the SGF had been running for so long because although the Senate had demanded that he be removed, the President rejected the move initially because according to him, due process was not followed.

He then explained that the development is coming now because the President feels it is now time to set up an investigation team that would look into both issues even though they are not in any way related.