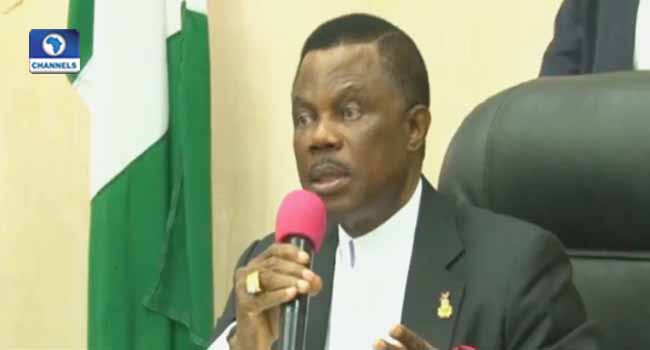 The civil war veterans in Anambra State have endorsed Governor Willie Obiano for a second term in office for what they describe as his all-encompassing leadership qualities.

The decision was reached at a round table discussion between the Anambra State Governor, Willie Obiano, and the Biafra war veterans at the governor’s lodge, Amawbia.

Also among the issues discussed was the killing of some members of the Indigenous People Of Biafra (IPOB) during a protest in Nkpor in 2016.

General achuzie declared that the governor did not order the shooting of the defenseless agitators protesting on the platform of IPOB as the police and the Army were not in a position to take direct orders from the governor.

He spoke extensively on the build up to the protest which he said he was privy to as the patron of the IPOB and recalled how he spoke with the then Commissioner Of Police to request that they allowed the agitators to stage a peaceful protest but noted that on that fateful day after the protesters were attacked, a false report was forwarded to the governor.

He insisted that the governor had shown genuine commitment to the people’s history and struggle by undertaking the burial of all that died during the civil war in a state burial tagged “Ozoemena” meaning never again. General Achuzie, therefore, urged people not to be misled by the malicious insinuation that the governor had a hand in the shooting.

“Since then, not now, I have been saying it that no report came to me of the participation of the governor or governor giving that instruction and we are also aware that the governor cannot give instruction to Commissioner Of Police. Commissioner of Police takes orders from the Inspector General of Police while the Army officer takes permission from the GOC at 82 division.”

Speaking on the matter, the governor expressed appreciation to the association for their support and solidarity especially for making clarifications on the IPOB issues.

He, therefore, assured the people that he was committed to promoting peace and stability in the state adding that nothing would come between him and the social contract he had with the people of Anambra State to ensure a meaningful life for all in the state.

Furthermore, he reiterated his innocence in the IPOB saga saying: “I never at any point in time ordered anyone to be shot anywhere.”