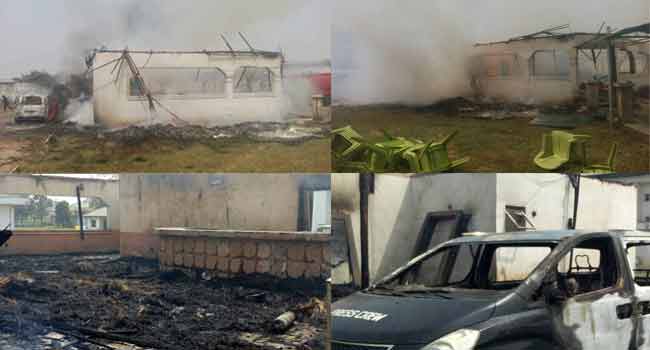 The official residence of the Imo State Deputy Governor Eze Madumere at the Commissioners’ quarters in Owerri, the state capital, was on Thursday gutted by fire.

Channels Television learned that the inferno affected an apartment and damaged valuable properties.

Chief Press Secretary to the Deputy Governor, Mr Uche Onwuchekwa, said the fire incident is suspected to have been triggered by a burning bush very close to the building.

Onwuchekwa added that it eventually spread to the visitors’ waiting hall razing the entire building and some of buses parked on the premises and other valuable properties.

There is, however, no expert explanation about the remote cause of the fire as details about it remain sketchy.

Men of State Fire Service were at the scene to put out the blaze and prevent it from causing further damage to the premises.

The Deputy Governor has, however, said a thorough investigation would be conducted to determine the cause of the unfortunate incident.