Ooni Awards Scholarship To Over 200 Students 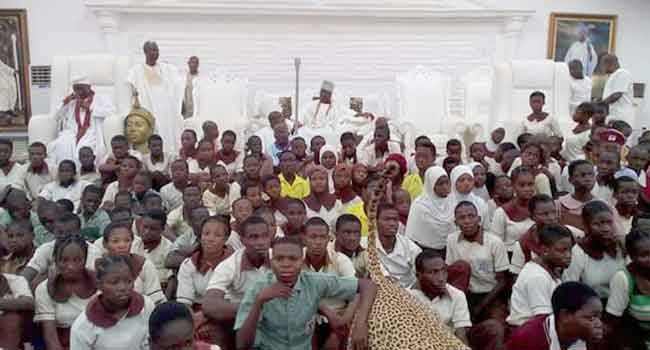 Ooni Adeyeye Ogunwusi, Ojaja II of Ile-Ife, Osun State has awarded a scholarship to over 200 students.

The students, according to the coordinator of the Ooni’s Save Education Project, Adeyanju Olaoluwa, were shortlisted from 37 secondary schools from six states in the South West. He added that the children are from homes where the parents are financially constrained.

Olaoluwa said this on Wednesday when some of the beneficiaries and their parents paid a visit to Ooni Ogunwusi at his Ile Oodua Palace in Ile-Ife, Osun State.

The Coordinator added that 68 students had their West African Examination Council (WAEC) fees paid in 23 of the schools already visited, while 14 others would be visited soon. 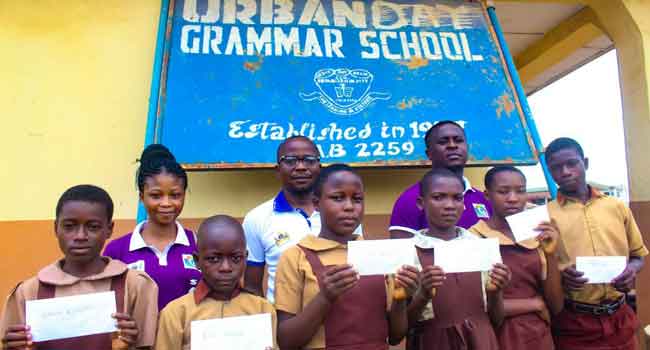 According to him, the project is entirely sponsored by Ooni, as part of his landmark achievements in the last two years on the throne.

The coordinator urged NGOs, philanthropists, politicians and meaningful Nigerians to emulate Ooni in assisting the less privileged in the society.

Ooni while receiving that parents and students urged them to be studious, humble and respectful. He advised the students never to lose hope but prayerful and focused for them to get to their promised land.

The Vice-Principal, Ilobu High School, Yemi Opawoye-Adeagbo acknowledged the traditional ruler for assisting all and sundry including the less privileged students.

Mrs Paulina Nwachukwu, of Saint Paulina Missionary School, Lagos, who spoke on behalf of the beneficiaries, applauded Ooni for his good gesture towards the less privileged. 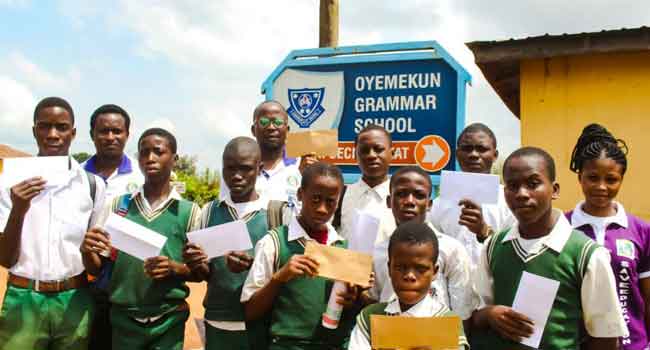