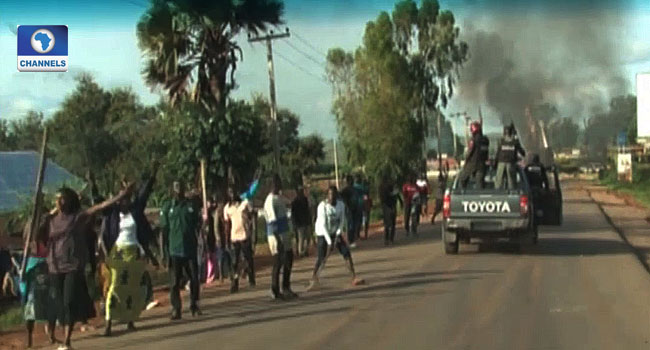 The death toll in the deadly attack on villages in Plateau State has risen to 100, the police said on Tuesday.

“We moved in and discovered that in one, eight persons died. In the other, one person. There was also an attempt by some youths in Jos South who came out and blocked the road,” he said.

“When we mobilised and cleared them, we discovered that five other persons had also died. And that makes it 100.”

During the attack, 86 people were reportedly killed, six people were injured while at least 50 houses, two vehicles and 15 motorcycles were burnt.

When asked if the police envisaged that the attack would take place, the police boss simply said “no.”

He, however, revealed that the command had no premonition that such assault would take place.

“Immediately we got wind of this, we got in and started moving in from the community to community. And at the end of it, we confirmed 86 people dead,” he said on Tuesday.

“And at the end of it, we confirmed 86 people dead and that was the number that we reported first. Later in the neighbouring local government of Riyom, it was discovered that two other remote villages had been attacked.

Reacting to calls in some quarters for Nigerians to defend themselves in wake of several attacks, the CP believe such a move does not augur well in a civilized society.

He stated further: “In a civilised society, that is not actually good. That is not a civilized way of going about things.”