Hundreds of supporters of the Senate President, Dr Bukola Saraki, are jubilating over the Supreme Court judgment freeing him of the false asset declaration charges against him.

The Supreme Court on Friday upheld the appeal of the Senate President and discharged him of the remaining three false assets declaration charges he was facing.

Following the Supreme Court’s judgement, the people of his senatorial district came out to celebrate.

At the palace of the Emir of Ilorin, Ibrahim Sulu-Gambari, the supporters rode to the palace in motorcycles and tricycles as they were received by the traditional ruler in his palace. 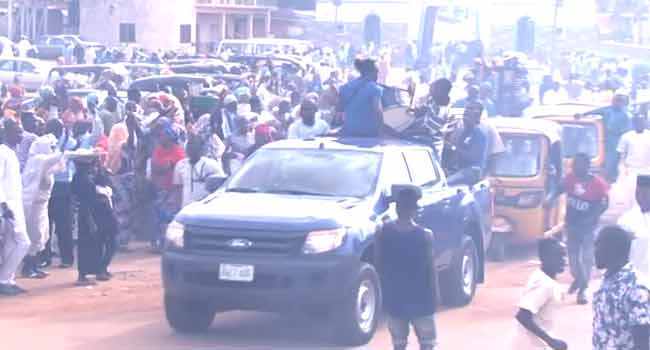 The Senate President had filed an appeal at the Supreme Court to challenge the ruling of the Court of Appeal which asked the Code of Conduct Tribunal (CCT) to try him on three of the 18 counts brought against him by the Economic and Financial Crimes Commission (EFCC). 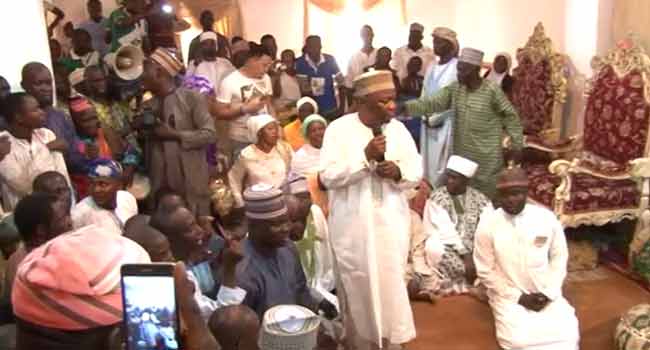 Ruling in favour of Dr Saraki’s appeal, the Supreme court dismissed the entire 18 charges brought against him by the Federal Government and consequently discharged and acquitted him accordingly.

The judgement according to an aide of the Senate President is a triumph for rule of law.

One Confirmed Dead In Twin Tanker Explosion On Kara Bridge

Orji Kalu Returns To Senate After Six Months In Jail