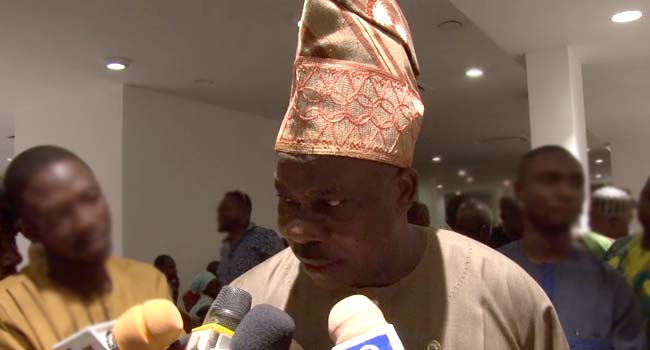 Ogun State Governor, Ibikunle Amosun, has warned individuals, groups, and political parties to shelve the intention of rigging during the general elections in the state.

He gave the warning on Monday after an inter-party meeting of leaders and agents that have declared support for President Muhammadu Buhari’s re-election in Ogun Central senatorial district of the state.

“This election has been won and lost,” Governor Amosun told reporters in Abeokuta, the state capital.

He added, “I am appealing to those that have ideas that they want to rig, Mr President has spoken; anybody that has such idea should pend that thought.”

The governor noted that President Buhari’s warning against such intentions should be enough to discourage people with such intent.

He said he was latching on to that warning to echo the zero tolerance for violence and electoral malpractices in the state during the polls.

According to Governor Amosun, one of the reasons rigging should not be an option is because of the violence that usually comes when people perceive that they have been cheated.

He said, “Our consolation lies in the fact that President Muhammadu Buhari has said it repeatedly that this election will be the freest in the history of this country.

“For me, let me latch onto that and repeat for the umpteenth time; we are appealing to them, when God gives you position, they should use that position to benefit their people.”