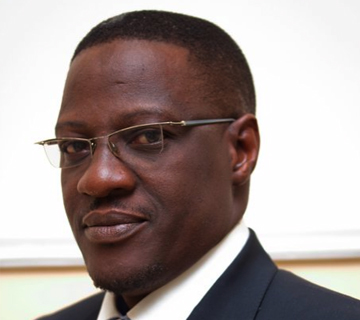 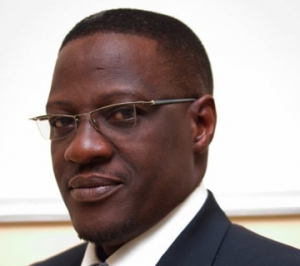 Inaugurating the committee headed by a chieftain of the All Progressive Congress, Abubakar Kawu Baraje at the council chamber in Ilorin on Wednesday, the governor urged them to handle the assignment with tenacity of purpose and gave them eight weeks to conclude the process.

He said: “In order to bring governance closer to the grassroots and check urban rural migration, the Kwara State government deemed it necessary and important to create local government council development areas”.

Explaining the rationale behind the need to create the LCDAs, the Governor noted that the government would have opted for the creation of Local Government Councils but for the cumbersome and time consuming process required under the constitution.

While urging the 14-man committee to come up with expected number of LCDA to be created, he stressed the need for them to be guided by the fear of God and be just in their assignment.

The Governor also assured the state of the economic viability of the expected councils to stand on their own with numerous minerals resources to be tapped to increase the internally generated revenue. 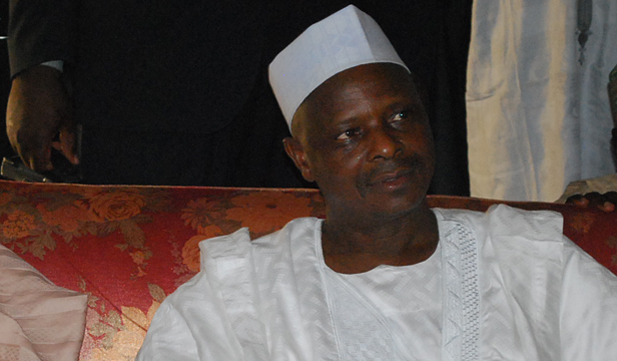 Reports said that the governor and his deputy, Abdullahi Umar Ganduje, unveiled the APC flag after meeting with political stakeholders and loyalists of the governor within the state PDP, representing 44 local government areas of the state.

The governor afterwards said: “It is imperative to leave the old order and embrace the new order found in the APC to bring about democratic change in Nigeria.’’

The governor then went ahead to hoist the APC flag at the Governor’s Office, and the Kano State Government House.

Governor Kwankwaso alongside his counterpart from Rivers State, Rotimi Amaechi had earlier in the week confirmed their defection to the All Progressives Congress (APC) by attending the party’s National Executive Committee (NEC) meeting in Abuja.

Few weeks ago the governors declared their intentions to defect to the APC after several months of running a controversial faction of the PDP which they called the New PDP led by Abubakar Kawu Baraje. 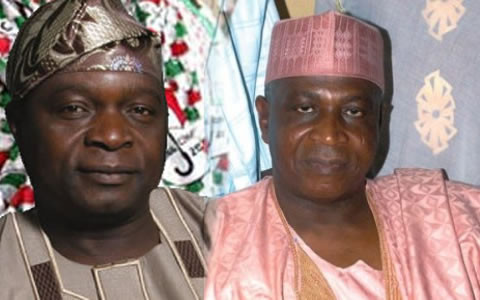 The National Disciplinary Committee (NDC) of the People’s Democratic Party (PDP) has extended an invitation to four members suspended on the grounds of engaging in anti- party activities to appear before it.

This was contained in a statement by the Deputy National Secretary of the NDC, Mr. Onwe S. Onwe.

Onwe, noted that the persons, Abubakar Kawu Baraje, Dr. Sam Sam Jaja, Prince Olagunsoye Oyinlola and Amb. Ibrahim Kazaure, have been invited to explain their role(s) on “the 31st August 2013 at the Special National Convention of the Party at the Eagle Square, Abuja” where they “staged a walk-out in a manner contrary to Section 58 (1) (b) (g) and (h) of the Constitution”.

Other charges they are to answer include;

A.      On the 2nd day of September 2013, Alhaji Kawu Baraje, Dr. Sam Sam Jaja and Prince Olagunsoye Oyinlola filed suit No. ID/704/2013 against the legitimate Party leadership at the High Court of Lagos State without first pursuing the internal remedies of the party contrary to Section 58(1) (L) of the Constitution;

B.       Since 31st August, 2013, the persons mentioned above have granted interviews and made statements in the print and electronic media not only disparaging the National Chairman and other national leaders of the party, but also unduly publicizing disputes/differences within the party, even in the face of the great restraint demonstrated by the National Chairman and other national leaders against whom their calumny is targeted; this, clearly, contravenes Section 58(1)(i) of the Constitution;

C.      On 1st and 23rd September, 2013, Prince Olagunsoye Oyinlola wrote two letters to INEC requesting the Commission to recognize the persons above mentioned as the National Working Committee of the party, even in the face of the National Convention held on 24th March, 2012 and 31st August, 2013. This, also clearly, contravenes Section 58(1)(b)(h)(i) and (j) of the Constitution of the Party;

D.       Since 31st August 2013, the above mentioned persons have consistently maintained that they are of the “New PDP (nPDP)” thereby promoting factionalization of the Party, and in doing so, recruiting to their ranks members of the party in the National Assembly contrary to Section 58(1)(b)(i) and (j) of the Constitution.

The statement noted that “In keeping with Section 57(4) of the People’s Democratic Party Constitution, the National Disciplinary Committee has since informed the affected persons of the allegations”.

The affected members of the party have been invited to present their case(s) at the Legacy House on the 27th November 2013 by 12 noon.

The statement further added that the affected persons have been given the opportunity to either “present their cases in person or in writing” adding that “they may wish to call witnesses”. 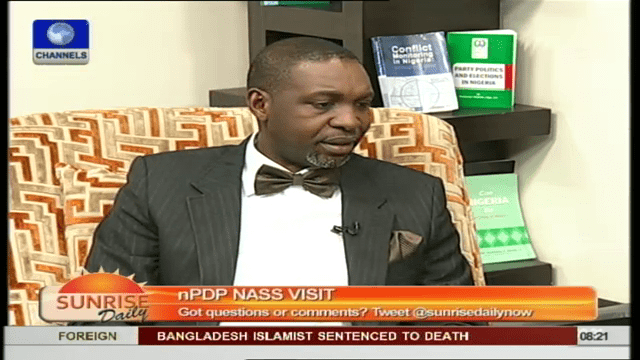 A legal practitioner and public affairs analyst, Malachy Ugwumadu  on Wednesday commended the Senate president for retracing his steps on the need for the constitution of  a national conference.

Ugwumadu said “ Senator David Mark is on record to have made very sensitive comments regarding the convocation of a national conference” adding that “this is on the heels of his admission too, that the country as presently constituted, needs state policing”.

Ugwumadu, who is also at the forefront of those calling for the convocation of a national conference, noted that “the views they toed in the past are no longer working” saying that “we thank him for that”.

He however noted that cynics already believe that “the sovereign national conference has actually started in a different form” saying that “if Boko Haram for instance has as one of its demands, the Islamisation of Nigeria; you will find out that it is in direct contradiction of Section 10 of the constitution.

The Niger Delta, for instance, had issues with resource control and for long no one was listening to them and they had to take up arms. Today we have started hearing amnesty for kidnappers, armed robbers and so on and so forth” he said, insisting that “Nigeria as presently constituted cannot move forward”.

He listed the “consolidation of the culture of impunity” as one of the dividends of the People’s Democratic Party (PDP) rule in Nigeria noting that “impunity only strives when you do nothing with respect to any transgression and people are emboldened to do more”.

He said the “contradictions that led to the emergence of that organisation as a political party are beginning to resolve themselves one after the other”  insisting that “there is an advancement in that style of rascality” citing the fracas that ensued in the National Assembly on Tuesday over the visit of the Baraje-led leadership of the PDP.

He said it is “interesting too that our women have also dramatised capacity in wreaking the same measure of violence’’ advising that she should have “engaged in the force of logic”.

He said the Baraje-led executives of the party could not have visited the National Assembly to make their case without a “prior invitation” insisting that “I don’t think, as a private person, no less a factional leader of the ruling party, can just storm the National Assembly and just take over proceedings  in terms of been granted audience”.

He also said legislators should not continue to hide under the cloak of legislative immunity and cause bodily harm to each other. 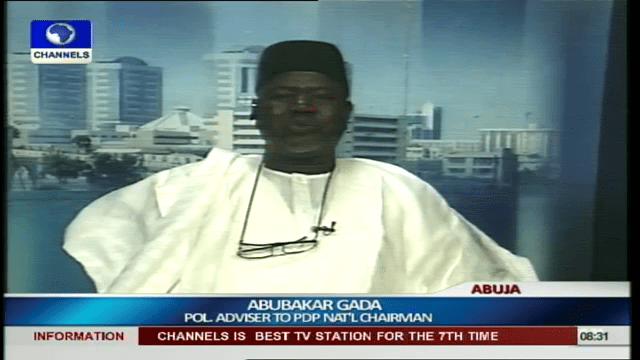 The Political Adviser to the PDP National Chairman, Sen. Abubakar Gada has dismissed allegations that Bamanga Tukur is handling the affairs of the party in a high-handed manner on Wednesday.

Gada noted that “we are living in a world of freedom and people are entitled to their opinion” on Sunrise Daily, a flagship programme of Channels Television.

He added that it is not surprising to have an individual give his position, either rightly or wrongly, on certain issues at a particular time on a person in position of authority.

He further said “we are guided by the constitution of the party and there was nothing breaching or abridging those procedures” alleging that “anybody who has anything to the contrary is (doing so) by his own imagination”.

He expressed optimism that the party will come out stronger after the crisis, claiming that “what we are seeing today is a challenge of expansion” assuring that “PDP will continue to grow and emerge stronger after each and every of such happenings”.

He said “we have a procedure, we have a constitution and we are guided by that” adding that “we stand by the constitution”.

He however accepted the fact “you may have some elements here and there trying to claim one thing or the other” but was quick to note the “party leadership is working hard to bring all and sundry on the same page so that we can move the nation forward and consolidate the institutions of democracy”.

He accused Baraje-led group of “wanting to attain certain privilege or desire” noting that once those desires are difficult to come by for whatever reason, people will now choose to do certain things that will grow attention”.

He assured that despite these differences, the party will make sure it brings all members to the same level and page for the greater good of the party, democracy and the nation at large.