A new Commissioner of Police, Asuquo Amba, has been posted to the Bayelsa State Police Command.

He takes over from Adeyemi Ogunjemilusi, who has proceeded to the National Institute for Policy and Strategic Studies (NIPPS), Jos, on a course.

The new Commissioner of Police assumed duty on January 17, 2017.

Until his present posting, he was the Commissioner of Police Inspectorate, Force Headquarters, Abuja.

A statement by the Bayelsa State Police Command said “he is a disciplinarian and a hard working Police officer, who has served in various Commands and Formations at various capacities”.

The Command further solicited the cooperation and partnership of the people of Bayelsa State, and also warned against any act capable of breaching peace in the state.

“Bayelsans are enjoined to continue with their lawful and legitimate duties and not to be apprehensive of the enhanced visibility of security personnel in the State.

“They should also accord the new Commissioner of Police the necessary support he needs in the task of maintaining peace, law and order in the State,” the statement by the spokesman for the police in the state, Asinim Butswat, read. 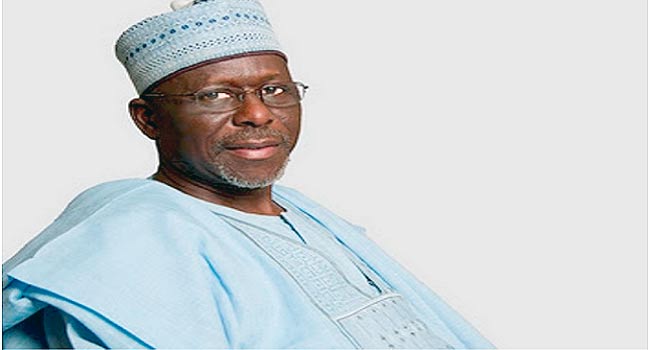 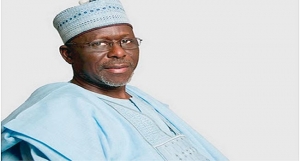 About 350 policemen have been deployed in Kogi State to assist the State Police Command in curbing crimes.

The Inspector General of Police, Solomon Arase, who ordered the deployment said it was part of measures to reduce crime and kidnapping to the barest minimum in the state.

Kogi State Commissioner of Police, Adeyemi Ogunjemilusi, gave the figure while parading some robbery suspects at the State Command Headquarters in Lokoja, the Kogi State capital.

He also assured the people that the State Police Command would give its best to make the state crime-free.

Crime and kidnapping had been on the high side in Kogi State lately, stealing sleep from residents for fear of being robbed or kidnap.

In the last few months, some top government functionaries in the state, Chinese nationals, and American nationals have been kidnapped in the state. While some of them were released after payment of ransom others still under captivity.

However, Mr Ogunjemilusi noted that the recent deployment of the police was a welcomed development which had helped nabbed some robbers.

The police boss, while showing the reporters some of the suspects and the arms recovered, said that since their arrest, the rate of robbery in the highway along the affected routes across Kogi State had drastically reduced.

A 21 year old suspect, Muktari Egbunu, said he was arrested for burning down a transformer, stressing that he wanted to steal and sell the mercury in it.

Another suspect, Iliyasu Yahaya, who is a Fulani explained that the AK-47 rifle found with him was for a friend who kept it under his care.

With the deployment of the 350 policemen, it is hoped that crime would be reduced, as promise by the police authority.

The Commissioner of Police,  Kogi state, Adeyemi Ogunjemilusi, has given commercial operating in the State an ultimatum to register with the appropriate authorities or face the wrath of the law as part of measure to checkmate criminality in the state.


The State Commissioner of Police who gave this warning while speaking at a stakeholders meeting with the executive members of Motorcycles and Tricycles Association which was held at the command headquarters Lokoja, stated that within few days in office he has received four cases of armed robbery involving the members of the association.

The level of criminality in Kogi State in the last one year has been on a high side, about 90 per cent has been traced to the motorcyclist operating within the State. This, the Commissioner  said it was unacceptable to his command and in a bid to curb the activities of this hoodlum was the reasons for this stake holders meeting, which brought together the Military, Navy, DSS, Police, Road Safety, members of the Motorcyclist Association, members of the public and journalist.

On his key note address on the reasons for the meeting, Ogunjemilusi, called on the Motorcyclist Association to put its house in order by ensuring that criminals don’t mingle in their operation, he urged them to put appropriate mechanism in place so as to fish out those masquerading as members using it to commit crime.

In his response, the chairman of the association, Olaniyan Bamidele while giving a run down of their rules and regulation also criteria that would enable one to be a member of the motorcyclist association, he further appealed to the commissioner of police to power the association to declare as criminal any member caught on duty without his identification jacket.

Mr Salawudeen Salami, the chairman of the Motorcyclist Association from Central Senatorial District of the State also explained some of the challenges the association is facing which may be the reasons why hoodlum had penetrated them.

Mohammed Ismaila, one of the members of the association, at the end of the meeting spoke to Channels TV outside and urged the police to be more responsive and fair in dealing with the public.

The Commissioner of Police also shed more light on the reasons for the meeting, and some of the measures his command will take to checkmate criminal activities in Kogi state.

The state Commissioner of Police stated that within few days in office he had received four cases of armed robbery involving the members of the association. 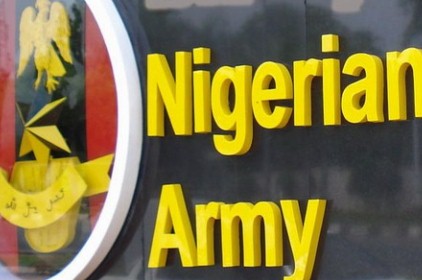 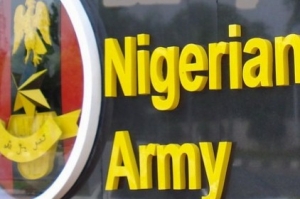 The military, on Friday afternoon, announced the arrest of one of those behind the attack on the convoy of former Head of State, General Muhammadu Buhari.

The Defence Headquarters’ statement uploaded on their official website did not disclose the identity of the person taken into captivity but says troops are holding a man suspected to be connected with the explosion.

According to the military, “the young man who was apprehended by the military patrol team that swooped into the area immediately after the explosion, disguised as a woman clad in female garb” to avoid arrest.

“Youths in the area attempted to mob him while he was being arrested but were restrained by troops who quickly whisked him away in an armoured personnel carrier”, it explained.

The suspect is currently being interrogated by security agencies in a bid to ascertain his links.

Twin bomb explosions left at least 72 people dead in Kaduna, Kaduna State, North Central Nigeria on Wednesday. The first bomb exploded in a car at Alkali road, while the second exploded in Kawo area, close to the 1 Division of the Nigeria Army.

General Buhari (Rtd) has described the bomb attack as an assassination attempt. 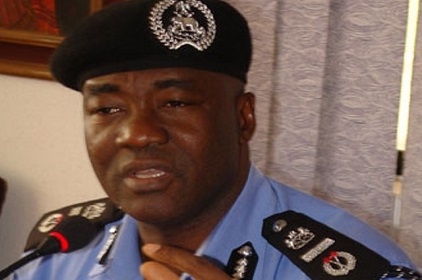 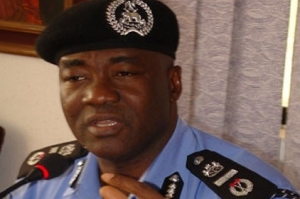 The Inspector-General of Police, Mohammed Abubakar, has instituted a high-powered investigation team made up of seasoned investigators to unearth the perpetrators of the recent bomb attack in Kaduna.

The team of investigators, which is expected to work in close collaboration with other security agencies, is headed by the Commissioner of Police in charge of Legal Department, DCP Nwodibo Ekechukwu.

Other members of the team include: DCP Chris Ezike of the Federal SARS, DCP Dan Mallam of the Monitoring Unit and DCP Adeyemi Ogunjemilusi of the Interpol Unit and others.

Meanwhile, on the orders of the IGP, security has been tightened in all states of the federation, particularly in the states perceived to be more vulnerable to terror attacks.

The IGP has appealed to all Nigerians, particularly Kaduna residents, to remain calm and cooperate with the security agencies by providing them with relevant information to solve the crime.