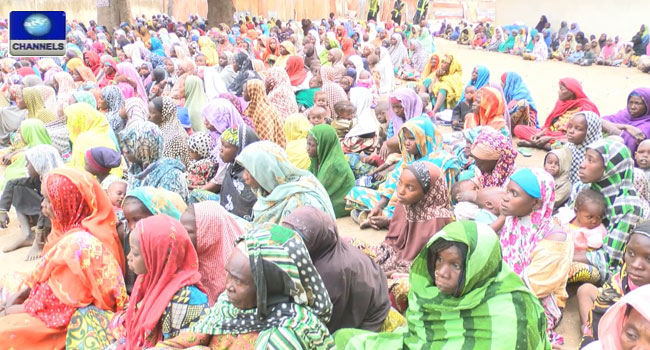 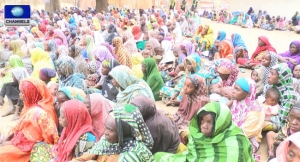 Internally Displaced Persons (IDPs), from Wukari Local government area of Taraba state who are taking refuge in Nasarawa state, are seeking assistance from the government of both states and well meaning individuals to cater for their welfare.

They made their needs known when Channels Television visited the camp where they are residing.

The IDP’s who have been in Nasarawa state since June, 2014, said they depend on menial jobs around their vicinity for survival.

They also lamented over the fact that their children have been forced to leave school and that many of their relatives have starved to death.

“We are facing food and health challenges and our children do not go to school. We are appealing to the government and individuals to intervene immediately.

“They should help us with food and other things because what we are facing is not good. We will not stop appealing to them until something is done”

The people who are over 200 in number are currently taking solace at the ‘Almajiri’ school built by the Goodluck Jonathan administration in 2012, which has never been put to use since completion.

Just recently, the Nasarawa state government had asked the IDP’s to vacate the school and return to their state, but they have remained, as a result of not having where to return to.

Speaking on their behalf, one of the IDPs therefore appealed to the governor to allow them start their lives afresh if no other place would be provided for them.

“In terms of the vacation from here, if we would be leaving this place as the governor says, he should please create another environment for us and if there is an arrangement as such we would be happy; but if there is nothing, the governor should please leave us here because we don’t have anywhere to go even in our home in Wukari where we left before coming here, we have no home we have nothing there so it is here that will calm us down that we will be able to start our lives afresh” he said. 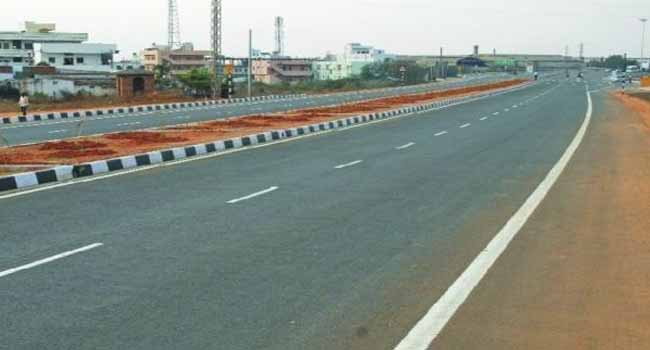 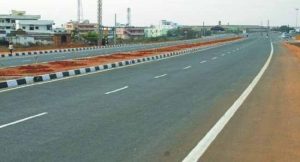 The Nasarawa state government says it will soon embark on the construction of over 600 bridges and culverts in all the development areas and local government areas of the state before the rains set in.

This was to disclosed to Channels Television in an exclusive interview by the state Commissioner of Education Aliyu Tijjani Ahmed.

He said the gesture is a partnership between the state government and the local government using the value added tax that has been accrued, to provide an enabling environment for people in the inter lands.

He also stated that the monies for the contract have already been deposited in the accounts of local governments and development areas so that work can commence in earnest.

“Arrangement is underway to provide an enabling environment for the people living in the interlands, particularly in the area of construction of bridges and culverts”

” I am happy to tell you that monies are deposited in the accounts of local governments and development areas for the construction of bridges and culverts all over the state, the money is gotten from the accrued VAT”

He also noted that people affected by communal clashes in the recent past would be compensated with relief materials so as to provide them some succour.

“Apart from the bridges and culverts, arrangement is also in progress for the provision of relief materials to all the villages affected by communal clashes.

“In no distant time, we will disclose our arrangements and people who were directly affected will benefit from the provision of food items and building materials to enable them settle down.

“This is being prepared in conjunction with the state government and local government councils,” Ahmed said. 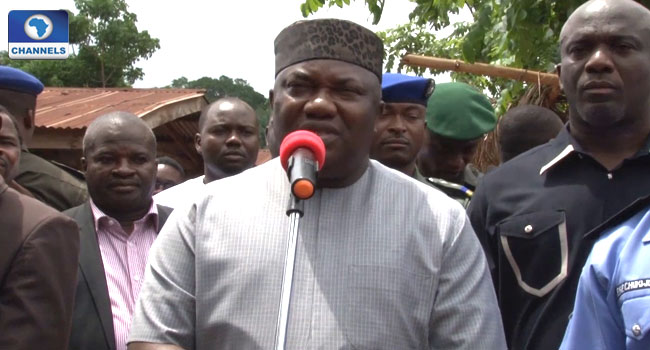 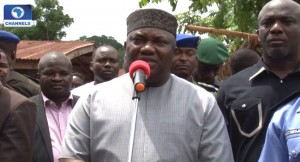 The Enugu state government has said that by the end of February 2017, it would have completed the construction of Inyaba bridge in Amagunze Nkanu east local government area.

The state Commissioner for Works and Infrastructure, Patrick Ikpenwa, said when completed, the bridge would be a major link between Enugu east and west, as it is expected to ease traffic and most importantly, better the lives of the people who for decades had been subjected to the use of wooden bridges to access neighbouring communities and carry their farm produce to the market.

“We are working closely with our programmes and just like we have promised in several interviews that we would meet up by the end of February 2017, this bridge will link up Enugu east and west local government and give short access.”

He also noted that as part of the government’s commitment to ensure good governance and rural development, stakeholders in every community have to be involved in order to come up with projects that are vital to them.

According to him, involving people to come up with their desired project is an innovation because it has not been the practice and doing such would make them own it and protect it. Phase two of the project would be coming up soon and they are also expected to benefit from it.

Ikpenwa, however called on the people to be part of the sensitization programme on maintenance of infrastructure to ensure the bridge lives out its lifespan.

Furthermore, he urged them to report any activity that would sabotage the work of the government.

“Every project has its life span. We need to ensure that is achieved so we have given out our numbers. If you notice any crack on our bridges and roads or people abusing it, just call, we will immediately attend to it. We have also set up a surveillance team for better results”, the works Commissioner stated. 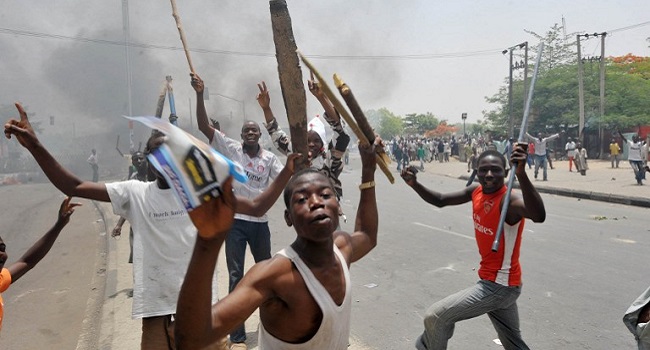 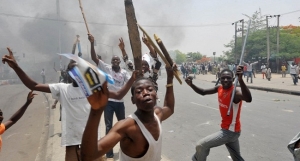 A man whose name is yet to be confirmed, has been beheaded in Ekiti state on Wednesday, after a reprisal attack over the shooting of one Seyi Oladipo which occurred last week.

Reports say that unknown persons had trailed the victim, who was a farmer from Orisunmibare, to his farm where he was decapitated and his hands were also cut off.

During the fight, the Asiwaju of Orisunmibare, Chief Segun Akanbi, was also said to have been inflicted with machete wounds by suspected Ayede youths who accused him of firing the shot that killed Oladipo.

Explaining the situation, traditional ruler, (Oba) Adamo Babalola, claimed that the perpetrators of the attack are from Ayede who are now launching sporadic attacks on Orisunmibare in a bid to take over the land.

Babalola, who described the victim’s death as unfortunate, has called on the warring people to embrace peace.

The monarch said: “Orisunmibare is a settlement under Itaji and is more than 10km from Ayede; Ayede people just went there one morning on rampage and the scuffle led to the death of somebody from Ayede.

“But yesterday, an Orisunmibare subject was killed inside his farm and he was beheaded. The Asiwaju of Orisunmibare was macheted and beaten
to coma and was declared dead by Ayede youths.

“The Ayede people were singing that they had killed Asiwaju Orisunmibare but he has been taken to the hospital where he is still under observation. We have been experiencing sporadic attacks from Ayede people and they have been threatening our peace since then.

“The police have been trying to maintain peace but we are disturbed by sporadic attacks especially the ones carried out on the farm. Orisunmibare has been there for many years and the land is under Itaji.”

He promised to release the name of the victim after he receives a formal report from the Divisional Police Officer in charge of the area.

Adeyemi said: “It is true that somebody was beheaded and the mutilated body was found on the farm. 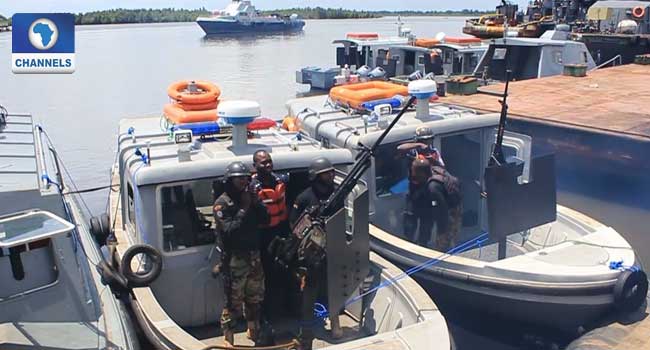 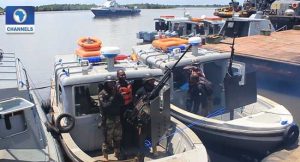 The Nigerian Navy says it has impounded a vessel and two large wooden boats both transporting 240,000 litres of stolen diesel, worth 70 million Naira.

The Commander of the Nigerian Navy Ship (NNS) pathfinder, (Port Harcourt), Commodore William Kayoda, disclosed this to newsmen in Port Harcourt on Wednesday.

Kayoda the confirmed that a total of 12 suspects were arrested on board the vessel and boats.

He said the seizure was part of the ongoing clampdown on perpetrators of oil theft, piracy and pipeline vandalism in the maritime domain in ivers and its environs.

“In continuation of our clampdown on activities of oil thieves, troops of NNS pathfinder impounded one vessel MV Omisan, loaded with 120,000 litres of petroleum product suspected to be illegally refined diesel.

“Twelve suspects were arrested on board the vessel and boats and handed over to the economic and financial crimes commission (EFCC) for further investigation and possible prosecution,” he said.

The commander also said the Chief of Naval Staff (CNS), Vice Adm. Ibok-Ete Ibas, had given directives to end illegal bunkering within the shortest possible time.

He expressed optimism that the mandate of the CNS and current strategies adopted would drastically reduce incessant attacks on oil and gas installations in the Niger Delta.

According to him, the fight against oil theft and pipeline vandalism was a collective responsibility of all Nigerians to ensure that businesses and commerce thrived in the country.

“The Nigerian Navy is ever committed and would never tolerate criminality on the waterways, and so, criminals must have a rethink and engage themselves in legitimate businesses.

“Those who attack our national assets and carry out illegalities on our maritime environment must stop – as they would soon be caught and prosecuted,” he warned.

Kayoda said that troops of NNS pathfinder would continue to carry out 24-hour patrol of the waterways and creeks, while maintaining presence at flash points.

He then urged the public to provide the navy with timely information that would lead to the arrest of criminals and assured them that their identities would be kept confidential.

A Senior Detective of the EFCC, Mr Musa Gidado, who received the suspected oil thieves, said the commission would conduct thorough investigation on the matter.

Furthermore, Gidado added that the suspects would be arraigned if found culpable of the allegations against them.