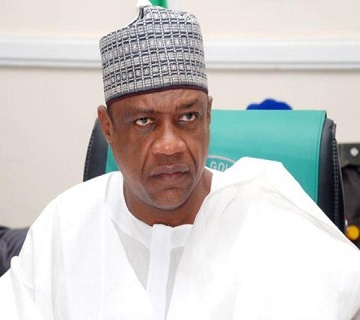 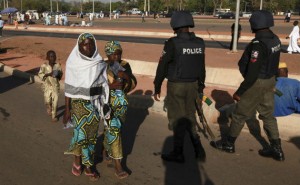 Normalcy is gradually returning to Damaturu, the Yobe state capital, after Boko Haram sect members stormed the town early morning of Monday, December 1 in an attempt to take over the control of the troubled north east state.

With the imposition of a 24 hour curfew yesterday on the town in efforts to clear it of any further attack and with the reopening of the town today, residents came out early in search for basic necessities to life.

The Power Holding Company (NPHC) have been seen carrying out some installation works on some high tension cables within the town which has been without power since the attack.

Shops and other commercial activities within town were also seen open for business as residents assemble around financial institutions in search for money.

Also, at various motor parks in the town, people were seen trying to reunite with their loved ones having been cut up by the attack and the subsequent imposition of the curfew.

Although, it was a sad scene at the General Sani Abacha Specialist Hospital, Damaturu, as residents stormed the hospital in search of the corpses of their relatives.

Cameras were barred from taking shots of the hospital premises as residents continue to claim the bodies of their relatives, friends and colleagues who were few at the hospital at the time of our arrival.

Since the commencement of the Boko Haram insurgency, the recent attack is the first time the insurgents have stormed the state capital.