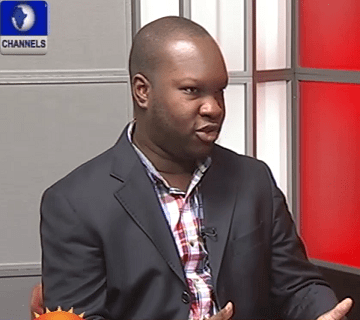 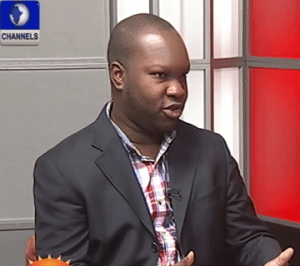 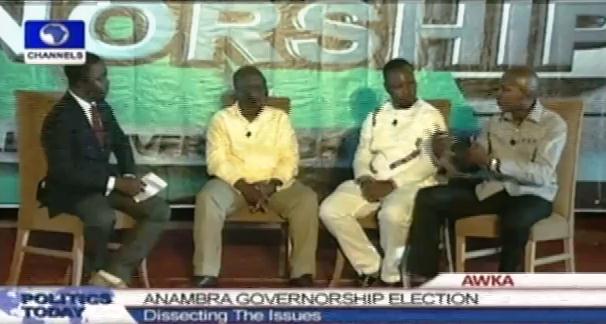 The youths in Anambra State are more enlightened and involved in determining who leads the state and this has led to a better sense of purpose by the candidates vying to lead the state.

This was a view expressed by Anambra State Co-ordinator of non-governmental youth organisation, known as Wakeup Call, Ifeanyi Aniago while appearing on a special edition of Channels Television’s Politics Today, live from Awka, Anambra State.

Also on the programme to do a post-mortem of the Anambra State Governorship Townhall Conversation was a member of the Anambra League of Professionals, Chike Nwegbe and Managing Editor of Telegraph Nigeria, Cheta Nwanze.

Speaking on the state of insecurity in the state, Mr. Nwegbe said “we are in agreement with most of the politicians that the major issue we have to address is how to engage our youths constructively, empower them with new skills, and again create wealth for the economy.”

Cheta Nwanze however highlighted industrialization as the top priority for the people of Anambra State; he believes that a proper drive for industrialization will ensure that the problem of insecurity, unemployment and education are solved.

When there is a plan to develop industries, there will be the need to employ people, a situation he said would mandate proper training of youths with the appropriate skills to be employed and be less interested in crime, thereby helping to reduce the insecurity in the state.

He also explained that if the next administration in the state fails to solve the problem of massive congestion and traffic delays in Onitsha town, which is the commercial hub of the state, the effect of it will be that goods from the state will be more expensive due to cost of transportation, and this will be counter-productive to the drive for industrialization in the state.

Speaking in agreement, Mr Nwegbe also highlighted that Anambra citizens are more interested in deliverables as shown in Nwanze’s demands on fixing Onitsha. This, according to him, is a proof that politicians cannot deceive them with promises anymore, but rather they will be asking for a leader that has the experience to clearly communicate and deliver on his manifesto.

Citing the statistics released by Independent National Electoral Committee (INEC) that 52% of Anambra electorates are youths from age 18 to 35, Aniago stated that the Anambra youths are ready to make good use of their voting power as the majority. He boasted that his organization has done a good job of ensuring that the youths vote by merit. Therefore, the November 16 elections will be different from what has ever been witnessed in the history of Anambra politics.

He drew attention to the current calmness in the state despite the closeness of the election as proof that the youths are now aware of their strength and therefore cannot be bought over by politicians to engage in hooliganism; rather they are busy scrutinizing the manifestos of the candidates.

Several issues were also discussed, including the character traits of the leading candidates, Dr Chris Ngige and Mr Ifeanyi Ubah who were both present at the Governorship Townhall Conversation broadcast live on Channels Television.