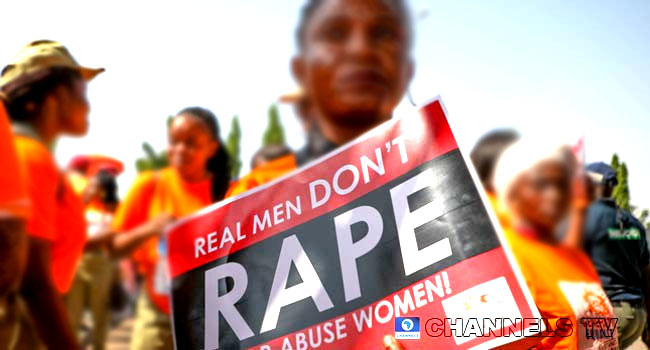 A total of 50 suspects have been arrested for rape, defilement, and domestic violence in various parts of Lagos State.

The Commissioner of Police in Lagos, Hakeem Odumosu, disclosed this to reporters on Tuesday at the Police Headquarters in Ikeja.

He made the disclosure while giving an update on the successes recorded by personnel of the Lagos State Police Command in the last one month.

Odumosu, who said the suspects were arrested in the last one month, gave the breakdown of the figure according to the crimes committed.

The police commissioner noted that two suspects were also arrested for child abuse while scores of others were apprehended for various crimes in the state.

On cultism, he said, ”We arrested 39 suspects for cultism and have successfully prevented the annual 7/7 and 8/8 celebrations by the cultists.”

He revealed that the police recovered 10 assorted firearms with lots of ammunition of different calibre, cutlasses, axes, and other dangerous weapons and charms from the suspects.

Odumosu, who said the police also recovered three stolen vehicles, believes the command has successfully nipped in the bud the menace of kidnapping in Lagos, especially on the waterways.

He assured the residents of the state that the police would continue to ensure the safety of their lives and properties.

A Lagos State High Court has sent a strong message against perpetrators of sexual abuse.

Justice Josephine Oyefeso ruled that “paedophiles must be kept away from the society, as violating a child is barbaric, immoral, and devoid of any sound reasoning”.

The judge made this pronouncement in her judgement on Tuesday as she sentenced a 35-year-old man, Okechukwu Nwachukwu to life imprisonment for defiling an eight-year-old.

Justice Oyefeso convicted Nwachukwu of the offence of child defilement contrary to section 137 of the Criminal Law of Lagos State 2015.

The convict was arraigned before the court on two counts of defiling two girls aged seven and eight. He was however convicted only on the charge of defiling the eight-year-old.

During trial, one of the girls, in her testimony, had told the court that she was standing on the road around their house waiting for her school’s bus when she saw the uncle she referred to as “Uncle Okey” coming.

She said she pleaded with him to carry her up to see if her school bus was coming.

But the defendant instead carried her into the kitchen of an uncompleted building, and defiled her.

A medical doctor at Mirabel Centre, Lagos who conducted tests on the girls confirmed that one of them had bruises in her private part while one did not, but added that the absence of bruises does not mean that there was no penetration or rape, especially when the act had taken long like it had in this case.

The convict, Nwachukwu, however, denied having sex with the girls. He admitted though that he touched one of the girls’ lap, removed her pants and penetrated her with his finger.

He had no witness to call in his defence.

Delivering judgement in the matter, Justice Oyefeso considered three issues; “One was whether the victim was a child, which according to the Lagos State Child Rights Law, is a person under the age of 18 years.

Two, to determine if there was penetration.

Three, corroboration of the victim’s evidence by an independent witness”.

Justice Oyefeso referred to a case decided by the Supreme Court whereby the court stated that “violating a child was barbaric, immoral and devoid of any reason whatsoever and paedophiles must be kept away”.

The judge also considered the emotional and physical pains the child must have been put through. She resolved all these issues against the defendant and sentenced him to life imprisonment in accordance with Section 137 of the Criminal Laws of Lagos State.