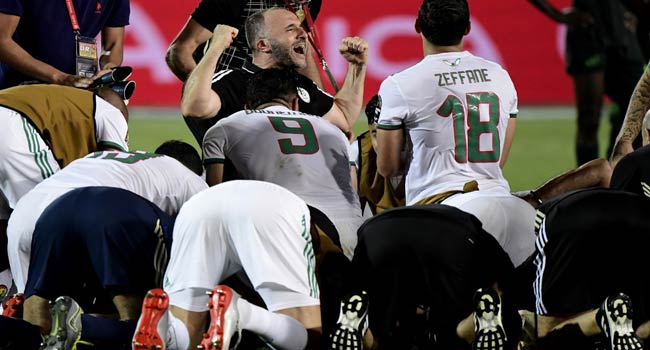 Algeria coach Djamel Belmadi said his players are “two very difficult steps” away from writing history as they prepare to face Nigeria in Sunday’s Africa Cup of Nations semi-finals.

The Desert Foxes are through to the last four of the tournament for the first time since 2010 and have looked the strongest side in Egypt, having defeated title favourites Senegal in the group phase.

Following an early exit in Gabon in 2017 and a dreadful World Cup qualifying campaign, Belmadi has revived Algerian fortunes as they bid to end a 29-year wait for a second continental crown.

“The one that we won was in 1990, a long time ago when it was at home. We’ve never won since. This is away from home, it’s more difficult of course,” said Belmadi.

Algeria beat Nigeria twice, including 1-0 in the final, to lift the trophy in Algiers in 1990 to follow on from the likes of Lakhdar Belloumi and Salah Assad, who helped put the country on the footballing map a few years earlier.

“Those players mentioned are great players, they made history for our football. They played at the World Cup in 1982 and 1986 and some great games, but even those players didn’t win it in 1990. They were different players,” recalled Belmadi.

“This is our target, we want to write our history and the players want to write their history as well. It’s not far — two more steps, but two very difficult steps to this great achievement. We will try our best.” 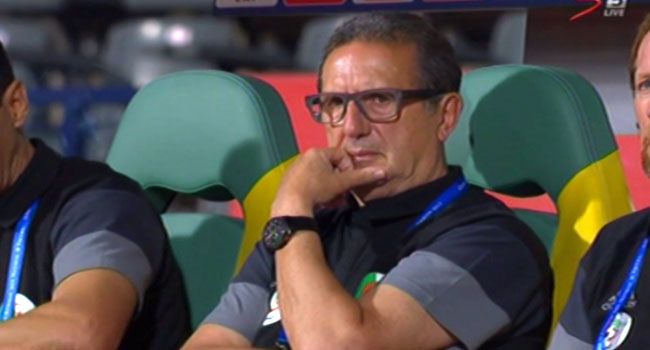 The Coach of Algeria’s National football team, George Leekens, has resigned following the team’s early exit from the Africa Cup of Nations in Gabon.

The Desert Foxes were among the favourites to win the trophy but crashed out on Monday after failing to win a game and gathered just two points from group B.

In a statement on the Algerian Football Federation’s website, Leekens said: “For the good of all I decided to quit even though I do it with heartache.

“I wish all the success in the world to the national side”.

With an impressive team that has current African Player of the Year, Riyad Mahrez and Leicester City’s Islam Slimani, the Belgian was expected to challenge for the AFCON title.

Algeria are also struggling to qualify for the 2018 World Cup in Russia. The Desert Foxes are bottom of Group B, after two matches, recording a draw and a loss.

Only the group winners go through and they already trail Nigeria by five points.

“Given the pressure on the federation and the national team, I preferred to end my contract out of friendship for the president of the FAF (Algerian Football Federation) who deserves respect,” Leekens added.

The Algerian Football Federation is yet to announce who will take over from the vacant role.