The Kaduna State branch of Nigerian Medical Association (NMA) has urged communities and rural dwellers in the state to collaborate with the association to curtail the activities of quack medical practitioners.

The NMA Chairman in the state, Dr Muhammed Ibrahim, made the call at a press conference ahead of the association’s Annual Scientific conference holding in the state capital.

Dr Ibrahim, while lamenting the high rate of unqualified laboratory scientists who perform the work of medical doctors in the state, appealed to the public to be always vigilant and report the activities of such persons to NMA and the Medical and Dental Council of Nigeria or security agencies.

He urge people in rural areas to seek medical attention from genuine health providers and hospitals.

Meanwhile, the NMA has organized a medical outreach at Kawo General Hospital in the state capital, where patients were offered free screening and treatment for hypertension and diabetes.

The Nigerian Medical Association (NMA) has raised alarm that it cannot ascertain the whereabouts of two persons suspected to have been infected with Lassa fever in Kachia  and Kawo Local Governments of Kaduna State.


Addressing a news conference on Monday, the Kaduna State NMA Chairman, Dr. Muhammed Ibrahim, said that the two persons showed symptoms of Lassa fever and were put under surveillance before their sudden disappearance.

He also told reporters that about 10 primary and 28 secondary contacts of the three dead Lassa fever patients at Saint Louis Hospital in Zonkwa were under surveillance while another nurse at the hospital, who was tested positive to the disease, had been placed under isolation at the State Infectious Disease Centre in Kakuri, Kaduna South Local Government Area.

While advising residents of the state to observe a good hygiene in order not to contact the disease, Dr. Ibrahim urged them to avoid contact with rats and foods  contaminated with rat secretions or excretions.

He also cautioned health workers and other care givers to always avoid contact with blood and body fluids while attending to sick persons.

The NMA said that the sudden disappearance of the suspected Lassa fever patients could jeopardise effort by government to curtail the spread of the disease.

The Association called on the public and health workers attending to any suspected Lassa fever patient to contact the relevant authorities for prompt action.

On February 29, three persons were were confirmed dead at the Saint Louis Specialist Hospital in Zonkwa, Zango Kataf Local Government Area of Kaduna State following the outbreak of Lassa fever.

The state’s Commissioner for Health, Professor Jonathan Nok, who confirmed the incident, told reporters that a medical doctor, a nurse and a pregnant woman were among the deceased. 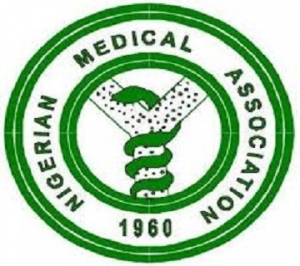 The Kaduna State branch of the Nigerian Medical Association (NMA) has raised an alarm over the activities of quacks who disguise themselves as medical doctors.

The association disclosed that a group of professional fraudsters parading as medical doctors is on the prowl in various parts of the state, practising and promoting quackery at exorbitant prices and great risk to people’s health.

The state NMA Chairman, Dr. Muhammed Ibrahim, raised the alarm at a news conference ahead of the association’s 2015 Physicians’ Week and Scientific Conference coming up in one week.

Dr. Ibrahim said that the activities of quack doctors were gradually tarnishing the image of the profession and therefore needed urgent attention to address.

According to him, tackling the complaints about cases of malpractice and quackery received by the association on weekly basis, requires the cooperation and commitment of the public, the practitioners and the Medical and Dental Council of Nigeria (MDCN).

Dr Muhammad called on the public and practitioners to report suspected cases of quackery to the Nigerian Medical Association, the Kaduna State Ministry of Health, the regulatory council and also the Police. 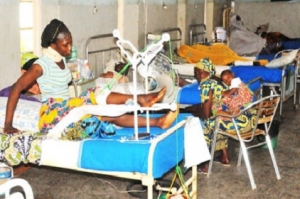 As the doctors’ strike clocks one month, tomorrow, it has been tales of agony and untold hardship for many patients in Kaduna State who have since been abandoned by their physicians.

Empty beds and closed offices convey the situation in most public hospitals in Kaduna metropolis as the strike has left the patients in despair.  Most of the beds inside the wards of public hospitals are now empty. Those who are still there are not being attended to by the doctors as they have their destinies hang in the balance between life and death.

At the antenatal unit of the Yusuf Dantosho hospital, Tudun Wada, there were many pregnant women but no doctors to attend to them.

Some of them appealed to the federal government to amicably resolve their differences with the striking doctors.  Some of them said they had no option but to stay put because they could not afford the fees of a private hospital like others.

With no definite date for the suspension of the strike, there are fears that the industrial action could lead into a full blown crisis in the health sector if it is not urgently addressed.

The Kaduna branch of Nigerian Medical Association (NMA), said the strike will continue until the federal government yields to the demands of the doctors.

Speaking to Channels Television after the meeting, Dr Muhammed Ibrahim, the Kaduna State NMA chairman insisted that the union’s action is patriotic and humane.