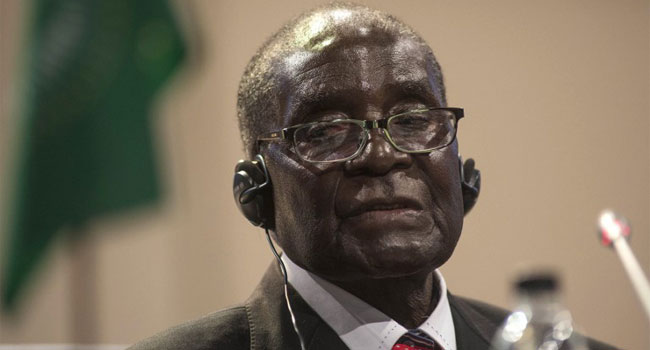 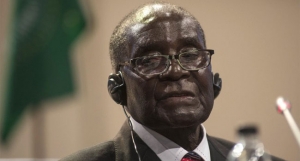 The President of Zimbabwe and African Union Chairman, Robert Mugabe, made Africa’s relations with the west subject of his comments at the closing session of the 25th African Union summit, in Johannesburg, South Africa.

At a press conference on Monday, President  Mugabe warned on the continent’s seemingly blind perception of western countries, and non-governmental organisations, such as the International Criminal Court.

He said those who signed the French treaty now regret their decision.

The Zimbabwean President is known for his speeches against western influence on African countries.

According to him, African leaders had had fruitful interactions on the theme of the summit, and on issues of peace and security.

The AU chairman reaffirmed the need to fast track gender parity in all socio-economic and political endeavour.

He also said the union needed to revolutionise the way it conducted its business, in line with international best practices.

“The Heads of State and government here present have collectively adopted and fully endorsed the first 10-year implementation plan of agenda 2063. We have committed ourselves to commence the implementation of the flagship projects to spur economic growth and prosperity in Africa.

“These include enabling and game changing projects among which are the continental free trade area, the high speed train, the African Center for Disease Control and the Pan African University,” President Mugabe stated.

Channels Television’s correspondent at the Summit, Amarachi Ubani, said Mr Mugabe spoke briefly about the leaders’ thoughts on peace and security on the continent, saying that the troubling state of peace took priority, urging for warring parties to dialogue.

The Zimbabwean President condemned acts of terrorism. “The AU has decided to deal with it collectively, as that is the only way it can be effectively done,” he said.

The leaders in the AU commission will assess the implementation of decisions reached in January.

Responding to the questions about the union’s position on the warrant of arrest issued by International Criminal Court (ICC) on the President of Sudan, Omar Al-Bashir, the Chairperson of the AU Commission, Dr. Nkosazana Dlamini Zuma, said the AU was an organisation and not a country, as such it is not a signatory to the ICC or any other international body.

“The ICC has state parties and we are not a state party,” she said.

Mr Al-Bashir had cut short his participation in the 25th Assembly of Heads of State and government of the African Union after a South African court issued a statement, asking him not to leave South Africa until it decides whether he should be handed over to the International Criminal Court (ICC), which have charged him with war crimes and genocide or not.

He left the African Union Summit for Khartoum, flying out of a military base in South Africa’s capital, Pretoria hours before the Pretoria High Court’s ruling. 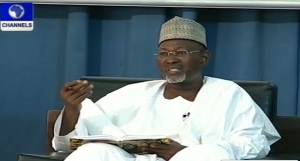 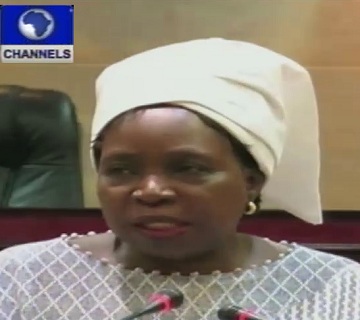 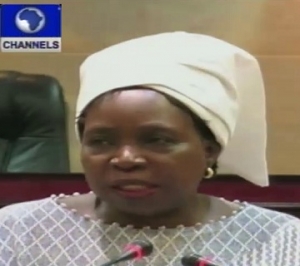 The African Union has stressed the need for Africans to change their mindset in order to be part of the ongoing plans and efforts to secure a more prosperous continent.

While briefing the Speakers of the African Parliaments on the African Union’s Agenda 2063 in Johannesburg, South Africa, on Sunday, the chairperson of the African Union, Dr Nkosazana Dlamini-Zuma, said the agenda captured the common aspirations of africans under seven categories, including integration, peace and security, cultural identity and people-driven development.

Her presentation was as detailed as it was lauded by every speaker on the floor before she started responding to their questions on how the AU intended to achieve the 2063 agenda.

She pointed out that the union was not looking to achieve the entire agenda by 2063, but stressed that development would be in stages before the set time.

“We are not saying that everything will only be achieved by 2063. But we are saying, those who will be looking at Africa by the year 2063, what type of Africa would they be looking at,” she said.

Few countries in Africa are having security challenges and that was not left out by the speakers of the Parliament in their questions.

“The most important transformation that we have to go through for the agenda 2063 to succeed is our own mind set,” she emphasised.

Clearly, expectations are high, as there are other hurdles to scale through to realise the African aspirations in 2063.

Experts have emphasised the role of political will by leaders in the continent in achieving the needed results.