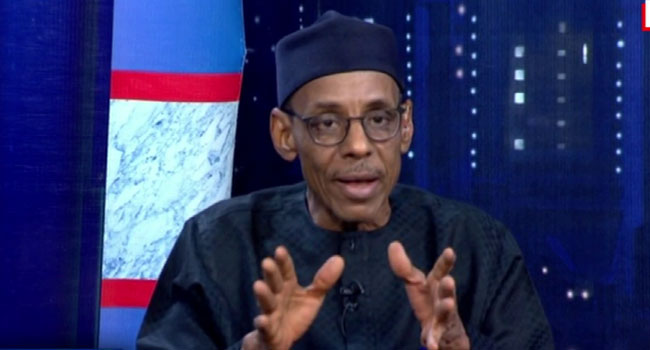 Amid the eviction notice issued to Fulani herders in some southern states, the Northern Elders Forum has asked Nigerians to exercise restraint.

NEF in a statement issued on Tuesday in Abuja by its spokesman, Dr. Hakeem Baba-Ahmed, described reports of eviction and attacks on some Fulani communities as deeply worrying.

“Northern Elders Forum is deeply worried by reports of ejections under threats and attacks on Fulani herders, families and communities in some states of the South,” he said.

“The Forum has been receiving these reports since the night of Sunday, January 31, and had taken the responsible step by drawing the attention of authorities to the dangers which these attacks represent for all Nigerians.

“We have also advised law-abiding Fulani communities to seek protection where it is available and have appealed to other Fulani to resist the temptation to take the law into their own hands.”

While warning Nigerians who threaten the Fulani communities in all parts of the country, Baba-Ahmed said a vast majority of Fulani are law-abiding and have rights to live lawfully wherever they can find means of subsistence.

According to the northern elders, like all Nigerians who can be found in other parts of the country, the rights of the Fulani will not be abridged by criminals hiding behind ethnic interests to exterminate them.

Baba-Ahmed called on President Muhammadu Buhari and governors to “take immediate and decisive steps to protect law-abiding members of Fulani communities from killers and criminals who apparently believe that Fulani have no rights in Nigeria.”

He also demanded “the immediate arrest and prosecution of persons who are attacking Fulani and setting the country on a very dangerous path,” vowing that “the Fulani will not be ejected from any Nigerian community only on the basis of being Fulani or herding cattle within the limits of laws and regulations.” 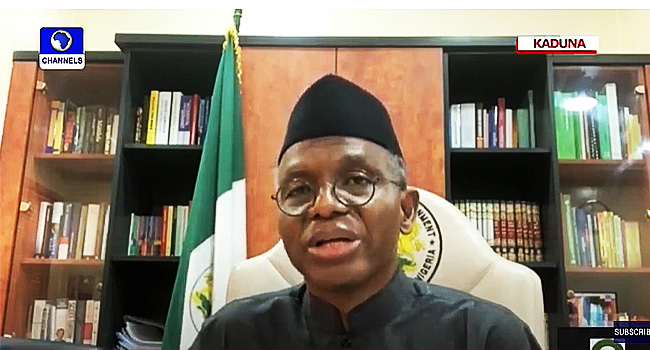 The Kaduna State Government has commenced the eviction of people living ‘illegally’ in government-owned houses as part of its housing policy.

The State’s Head of Service, Mrs Bariatu Mohammed told Channels Television that those being evicted from the government-owned residential houses were legal occupants who were served with eviction notices since after the sale of the properties since 2018, but have refused to vacate from such facilities.

According to her, part of the process entailed that the highest bid price was offered to the eligible public servants in the occupation of the houses to exercise the Right of First Refusal by effecting payment of 10 percent non-refundable deposit within 14 days, while each applicant was entitled to purchase only one residential unit.

Following the conclusion of the allocation of houses to eligible bidders, the Task Force set up by the state government within the week embarked on the eviction of those they termed as illegal occupants from their houses.

Reacting, some of those affected by the exercise kicked against the action which they described as a gross violation of their rights to the first refusal.

One of them, Linda Kuswan, told Channels Television through her lawyer, Jonathan Adamu that no vacation notice was served on her by the government.

She claimed to have obtained a court judgment from the Kaduna State High court which ordered the state government or its officials from evicting her from the House which she legally occupied many years ago.

Having obtained a court judgment dated August 7, 2020, on violation of her rights and to stop the government from evicting her from the house, she asked the state government to obey the court order by restoring her back to the house and to also give her the right of first refusal. 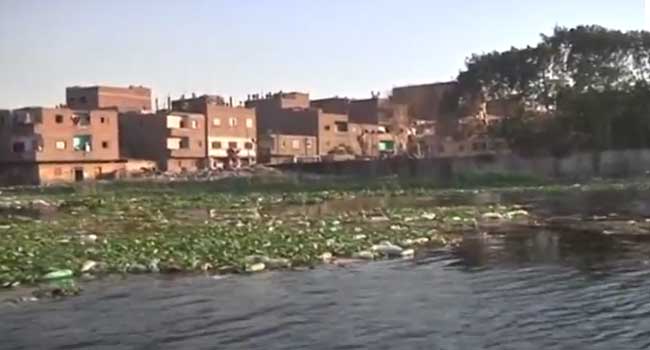 Residents of a Nile river island in Cairo have rejected plans by their government to relocate thousands of homeowners to the outskirts of the city as part of a campaign to eradicate encroachments on state-owned land.

The evictions were acted upon after Egyptian President Abdel Fattah al-Sisi announced the campaign in May.

Security forces attempted to demolish illegal buildings in al-Warraq in late July, resulting in clashes with the residents that left at least one person dead and injured dozens more.

Since then, tensions have been high and residents say they will not leave their homes, some of which were built over 30 years ago.

One of the island’s residents, Hussein Zidan, told Reuters that around four months ago people on the island received notices that an order had been made for the demolition of all buildings within a 30-metre radius of the Nile shores.

He said members of Egypt’s irrigation ministry, as well as security forces, arrived soon afterward to demolish these buildings, and that the locals had helped.

“During this period, the policemen asked us to cooperate in order to solve this issue peacefully without any conflict between the residents and the police.

“We said there is no problem, we are all in the same boat and we must stand together and we will help them complete the demolition, on one condition: that any house sheltering a family or any living individual is off limits until said family or individual finds an alternative,” Zidan said.

But when security forces returned, chaos ensued as people refused to leave homes located outside of the plot of land previously identified.

“We told them we are currently living in our homes and this land belongs to us and we will live and die in our homes. If you have a developmental project come and tell me what it is that you want to do, I will help you. But at the same time, we cannot be evicted from our homes.

“If there are indeed projects, we have no problem with the government planning for investments, as long as it doesn’t harm us,” said Sayed Ali, a third generation island resident.

At least 37 policemen and 19 residents were injured in the clashes, the interior ministry said, and security forces had to withdraw from the scene to avoid more injuries.

“They have to go check the facilities they need and we will help them if they need help with the sewage system we are willing to help. There are many things we can do to help if they want us to help them, but if they want us to leave, let me tell you we’re all fixated on staying here,” resident Azza Yehia said.

It was a beautiful event as all the previously evicted housemates came back to celebrate with the winner.

After 90 days of staying in the Big Brother house, the top five; Elikem, Melvin, Cleo, Beverly and Dillish donned in their beautiful attires anxiously awaited the final results.

First to be evicted of the five was Beverly, who proudly walked out of the house into the cheering crowd and  was greeted with a hug and kiss from Angelo. Next came Melvin who obviously wasn’t happy to have not gotten the money but bravely put on a smile to meet the crowd.

The eviction of the two Nigerians from the house on the Grande finale caused a stir among Nigerians who concluded that keeping Melvin and Beverly in the house was a tactic to keep the Nigerian audience.

Elikem was evicted after this, but he won a $10,000 expense paid trip by Big Brother to Kenya with a partner of his choice, he picked Pokello who he already started an affair with during their stay in the house.

Finally, Dillish and Cleo were left in the house, the two hotties beat their male and female counterparts, Elikem and Melvin to the Top 2, as well as their close friend Beverly.

When the last person, Cleo, was evicted, the Namibian broke down in a heap of tears at the realization that she had won a cool $300, 000. 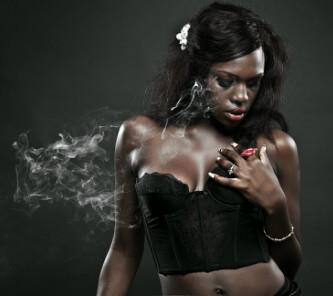 Nigeria’s own model, Beverly Osu, has made history by being the first Big Brother Africa contestant that has not been nominated for eviction since the inception of the television series in 2003.

Though critised and condemned by many Nigerians, the lingerie model and video vixen seems to be in the good books of the other housemates who have not for once put her up for eviction.

Beverly, who has been the head of house twice, hasn’t had any need to save herself. The final nominations just took place and despite the scandalous videos circulated about her and Angelo, Beverly and Melvin, Nigeria’s female contestant has managed to scale through to the finals.

The top seven contestants in the house are, Beverly, Melvin, Angelo, Cleo, Dilish, Bimp and Elikem. Who will  make it to the top five and who will eventually take the coveted $300,000 home?