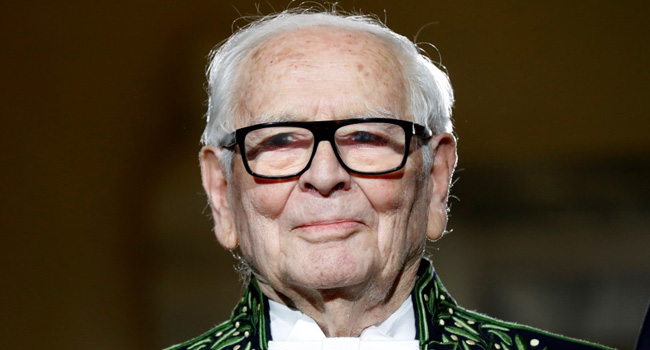 French-Italian fashion designer Pierre Cardin, hailed for his visionary creations but also for bringing stylish clothes to the masses has died.

According to his family, he died at the age of Tuesday.

Cardin who was born in Italy in 1922 but emigrated to France as a small child, died in a hospital in Neuilly in the west of Paris, his family said.

“It is a day of great sadness for all our family. Pierre Cardin is no more,” the statement said.

It said after a lifetime spanning a century he had left France and the world a “great unique artistic heritage” and not only in fashion.

Born into poverty in 1922 near Venice in northern Italy, his family emigrated to France when he was a small child.

– From Apprentice to Global Empire –

He grew up in the French industrial town of Saint Etienne and was apprenticed to a tailor in Vichy at the age of 17, already specialising in women’s suits.

Moving to Paris, he designed the mesmerising sets and costumes for the film “Beauty and the Beast” with poet, artist and director Jean Cocteau in 1947.

After a stint with Christian Dior, he had already set up his own fashion label in 1950.

He quickly established a name as an innovator, creating the now legendary bubble dress in 1954.

He also broke new ground commercially, ruffling feathers in the fashion establishment for producing a ready-to-wear collection for the Paris department store Printemps.

His global empire had a strong presence in Japan and also signed production deals with Cold War-era Soviet Union in 1978. He also became the first French designer in 1979 to cement links with China.

His family praised how he had plunged “early on into the flow of globalisation”.

But the much-used and franchised Cardin brand later showed signs of wear and, in 2011, he put his fashion label up for sale although it failed to sell.

“We are all proud of his tenacious ambition and the daring he has shown throughout his life,” his family said. 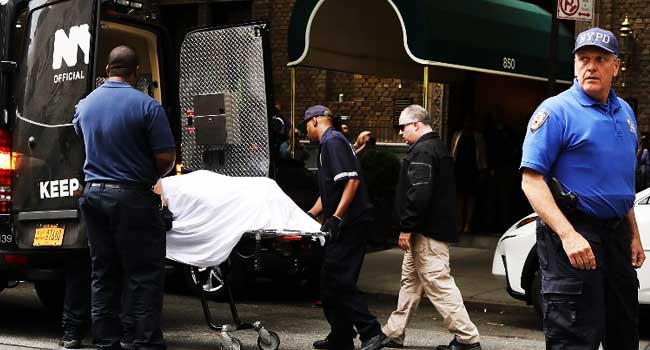 Designer Kate Spade, one of the biggest names in American fashion, was found dead Tuesday in New York after committing suicide, police said. She was 55.

Celebrity website TMZ said the designer — especially known for her sleek handbags — hanged herself in her Park Avenue apartment.

A police spokeswoman confirmed Spade committed suicide but told AFP the exact circumstances of her death were not yet clear.

Tributes to Spade poured in — from celebrities, the fashion world and everyday women who admired her quintessential American style.

The Council of Fashion Designers of America said it was “devastated” at the news.

“She was a great talent who had an immeasurable impact on American fashion and the way the world viewed American accessories,” said the statement from CFDA board chairman Diane von Furstenberg and CEO Steven Kolb.

Spade — a Missouri native who first worked as a journalist, including a stint as accessories editor at Mademoiselle magazine — launched her eponymous fashion label in 1993 with her husband Andy and the help of outside investors.

Her cheerful use of bright colors and prints proved a hit with career women.

The brand, initially sold in several New York stores, opened its flagship in the city’s Soho neighborhood in 1996.

Her designs represented the New York aesthetic — a mix of modern and classic. It was so associated with the city that she eventually added its name to her label, Kate Spade New York.

Her most famous handbag was the “Sam” — a black mid-size rectangular bag. It was relaunched this year by the label in new prints and colors.

Beyond the label’s signature handbags, Spade was also known for shoes. It later branched into ready-to-wear.

– Many changes at label –

In 1999, Spade ceded a majority stake in her company to high-end department store chain Neiman Marcus for $34 million. NM then sold the label to textiles giant Liz Claiborne.

Spade then sold the last of her shares in the company in the mid-2000s for another $59 million, and was no longer directly associated with the management of the company bearing her name.

In the past few years, Spade — born Katherine Brosnahan — had launched a new ready-to-wear and accessories label, Frances Valentine.

In 2017, Coach bought the Kate Spade label, the last remnant of Liz Claiborne, in a deal worth $2.4 billion.

Over the years, the label had blossomed into a full lifestyle brand with more than 300 stores worldwide.

The company offered its condolences, calling Spade a “visionary,” and saying: “We honor all the beauty she brought into this world.”

Former first daughter Chelsea Clinton was among the many offering condolences to Spade’s family on Twitter.

“My grandmother gave me my first Kate Spade bag when I was in college. I still have it. Holding Kate’s family, friends and loved ones in my heart,” Clinton said.

Actress Lena Dunham said: “Kate Spade was more than a designer. She had a quirky visual language that captivated Bat Mitzvah girls and artists alike.

“She was also a staple of NYC who spread good will. My heart breaks for her family. Thank you, Kate, from one of the millions you made feel beautiful.”

Spade is survived by her husband and daughter. 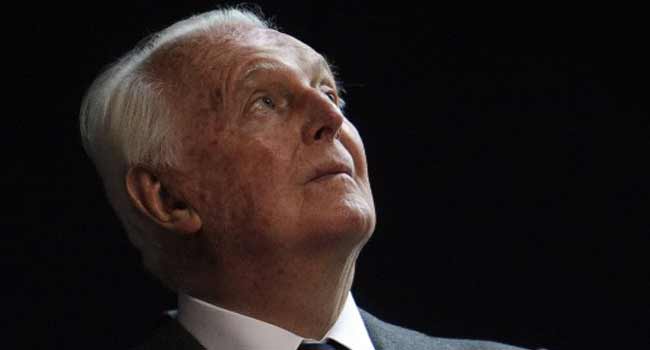 Givenchy set the template for ladylike chic in the 1950s and 1960s, and his restrained style still informs the way Britain’s Queen Elizabeth II and older American and Chinese socialites dress.

His longtime partner, the former haute couture designer Philippe Venet, announced his death through the Givenchy fashion house, saying he had died in his sleep on Saturday.

“It is with huge sadness that we inform you that Hubert Taffin de Givenchy has died,” it said in a statement to AFP.

It was Givenchy’s 40-year friendship with Hepburn, who he met on the set of the Billy Wilder’s Oscar-winning comedy “Sabrina” in 1953, that helped make him a fashion legend.

The narrow-collared suits and slim woollen dresses Givenchy designed for the gamine actress for “Funny Face” and “How to Steal a Million” made both of them style icons.

The black sheath dress he made for the opening scenes of the “Breakfast at Tiffany’s” was perhaps the most famous “little black dress” of all time — although fellow Paris fashion legend Coco Chanel is credited with inventing the garment.

It was also the Givenchy look that former US first lady Jacqueline Kennedy adopted for her White House years, sticking to a uniform of shifts dresses, pillbox hats and low-heeled pumps.

The red coat she wore on the campaign trail for the 1960 presidential election was a Givenchy copy.

On a state visit to France the following year, Kennedy made a famously grand entrance in a Givenchy white silk faille dress at a state dinner at the Palace of Versailles, looking as regal as any European monarch’s consort.

“Hubert de Givenchy was a symbol of Parisian elegance for more than half a century,” his label said Monday.

“He was the first creator to launch a luxury ready-to-wear range. He revolutionised international fashion in creating the timeless looks for Audrey Hepburn, his friend and muse for more than 40 years.”

Fashion mogul Bernard Arnault, head of the giant LVMH group which now owns Givenchy, led the tributes, saying that “he was one of the creators who put Paris at the summit of world fashion in the 1950s.”