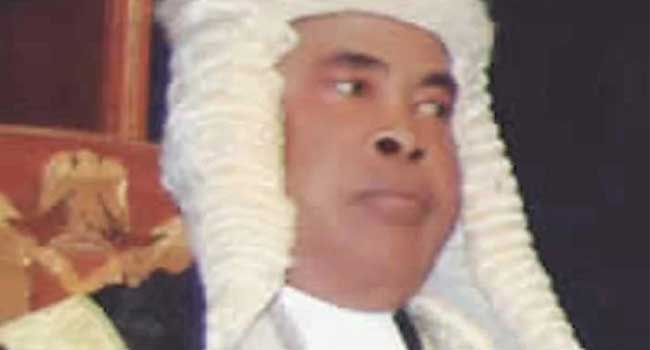 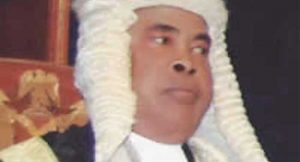 A Federal High Court sitting in Abuja, has adjourned the trial of Justice Sylvester Ngwuta, to January 18 and 23, 2017.

The adjournment followed an application by the counsel to Justice Ngwuta, Chief Kanu Agabi, who told the court that he needed more time to prepare for trials as some documents given to him by the prosecution still needed to be studied.

This did not go down well with the prosecutor who urged the court to turn down the application.

However, trial judge, Justice John Tsoho delivered his ruling in favour of the defendant, Ngwuta, on the ground that section 36 of the constitution allows a defendant time to prepare for his defense.

He also added that the Administration of Criminal Justice Act, also allows parties in a suit to at least five request for adjournment, afterwhich he adjourned the case.

Justice Ngwuta is one of the justices arrested and detained by the department of state services on October 8, 2016 for corruption and breach of professional ethics.

In November, Justice Sylvester Ngwuta had entered a not guilty plea to the 15-count charges leveled against him by the federal government.

He was also been granted bail in the sum of 100 million Naira on self-recognition.

Justice Sylvester Ngwuta has entered a not guilty plea to the 15-count charges of money laundering, breach of professional ethics and forgery leveled against him by the federal government.

He has also been granted bail in the sum of 100 million naira on self-recognition.

When the charges were read to him, the Supreme Court judge told the court that he was not guilty of the 15 counts.

Attempt by his lawyer to ask for bail was opposed by the prosecutor, Mr Adeogun Philips who said he had just been served and would need a short adjournment to respond.

With no objection by the defence lawyers, the trial judge, Justice James Tsoho, stood down the case by two hours.

On resumption of hearing on the bail application, counsel to Justice Ngwuta, Kanu Agabi asked the court to release the defendant on self-recognizance, taking judicial notice of the fact that he is a justice of the Supreme Court and the fact that he has been on administrative bail since on October 8, 2016.

Opposing the application, the prosecuting counsel, Mr Charles Philips, said that the defendant cannot be granted bail with respect to his position.

Mr Philips, who referred to charges number three and charges numbers 10-16 against Justice Ngwuta, informed the tribunal that barely 20 minutes after he was released on administrative bail, Justice Ngwuta gave instructions to a witness in the case to remove two or three bags containing 27 million naira from his bathroom at his residence in Abakaliki, Ebonyi state.

The prosecuting counsel also told the court that Justice Nwguta also instructed the said witness to remove three exotic cars from his residence on the same day and that they are nowhere to be found. That is what forms the subject of charge number three.

Speaking further he informed the court that in the course of investigation, the Department of State Services (DSS) discovered that Justice Ngwuta maintained multiple identities.

According to him Justice Ngwuta had four passports which he used concurrently.

Although he had reported two of those passports missing, he argued that in any jurisdiction in the world, if a person possesses several identities he cannot be released on self-recognizance.

He therefore asked the court not to grant bail but if it is inclined to, it should grant bail in the most stringent terms.

Reacting to the counter application, counsel to Justice Ngwuta, Mr Kanu Agabi, told the court that he was not willing to join issues with the prosecutor because he had gone into the substantive suit which is not allowed by law and that the constitution is clear as to when bail should be granted or not.

He added that should the court reach its conclusion based on the prosecutor’s submissions, verdict would have been decided before the case is started.

Having listen to both parties, the trial judge, Justice John Tsoho stood down the matter for ruling at 2:30PM.

On resumption, Justice John Tsoho granted bail to Justice Sylvester Ngwuta in the sum of 100 million naira on self-recognizance.

According to Justice Tsoho though the prosecution sought to impress the court on the defendants’ unworthiness for bail, it failed to show that in spite of the concerns raised, the defendant had his administrative bail revoked.

He also added that it is no secret that the security agencies are watching every move made by the judge with kin interest, which is how they found that he had multiple passports.

As such the prosecution should rely on the same security apparatus to prevent any attempt not to be available for trial.

He added that it would be great injustice to prevent any citizen from enjoying bail in available offence.

According to Justice Tsoho, it is on record that the prosecution had filed an affidavit of completion of investigation and on the other hand it is raising objections that witnesses and evidence will be tampered with.

The prosecution, he said, should be able to maintain consistency rather than the inconsistencies.

Justice Tsoho then went on to say that there is no evidence before the court that Justice Ngwuta would not be available for his trial and because the offence for which he is standing trial is bailable, he is inclined to grant bail.

Trial has been fixed for December 7 and 8.

Justice Ngwuta was one of the seven judges arrested after a DSS raid on the homes of High Court and Supreme Court judges across the country on October 8, 2016. 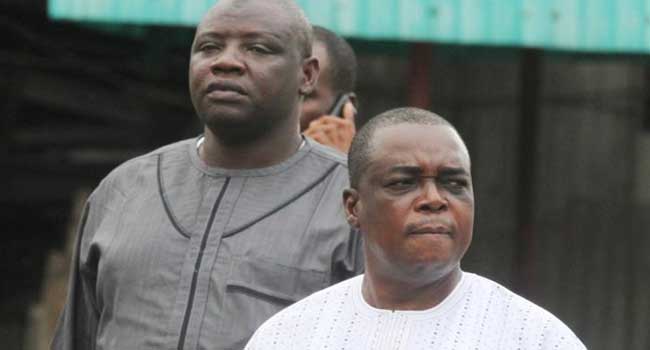 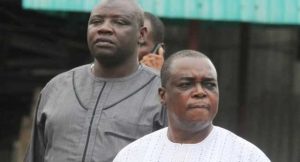 Following an invitation letter the EFCC extended to them, the judges arrived at the anti-graft agency’s office at about 10:05am on Monday, October 17 in Lagos, southwest Nigeria.

Their invitation was sequel to the alleged bribery and money laundering the commission discovered while investigating an ongoing case for which two senior lawyers had already been arraigned in court.

The lawyers, Rickey Tarfa and Joseph Nwobike, were arraigned by the EFCC before a Lagos High Court on March 9, 2016, on allegations of bribery and offering gratification to a public official.

Tarfa and Nwobike are facing criminal prosecution for allegedly offering gratification to Federal High Court judges, to refrain them from exercising the duties of their office.

The judges were questioned by operatives of the anti-graft agency.

The anti-corruption war of the present administration has been extended to legal practitioners, with top judges being investigated.

On October 8, operatives of some security agencies raided homes of some judges and arrested some of them.

The Department of State Services (DSS), which carried out the operation with some police officials, said that the judges were being investigated for alleged corruption and misconduct.

Their arrest had whipped up diverse comments, with the Nigerian Bar Association saying it was unconstitutional.

The association further declared a state of emergency in the judiciary over the midnight arrest of the judges and demanded that they should be released unconditionally.

After days in detention and several other demands for their release, the DSS granted them bail on self-recognisance, with a mandate that they must report to the security agency’s office when needed. 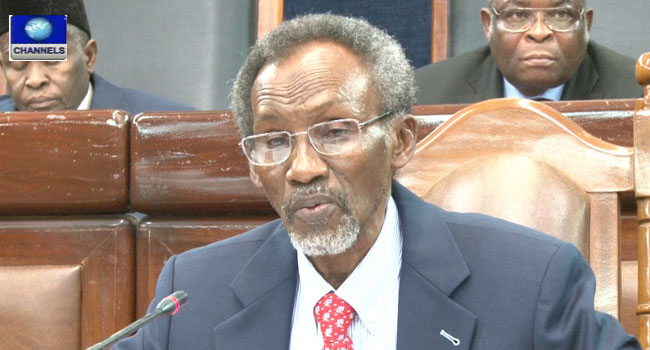 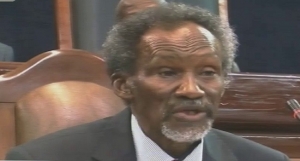 The Chief Justice of Nigeria, Justice Mahmud Mohammed, has vowed to weed out corrupt judicial officers in the judicial system of the nation.

This was part of Justice Mohammed’s speech while addressing the newly appointed Federal High Court Judges on Wednesday.

He described the judiciary as the most potent public service with power of life and death. He warned judicial officers to avoid using their power for personal gain.

“I wish to address the vest issue of judicial corruption. This is because allegations about corrupt judicial officers and staff now make headline news on more frequent basis.

“It is necessary for the judiciary to address this issue,” he said.

The Chief Justice also advised judges to avoid acts capable of delaying the administration of justice, saying that the appointment of the 30 judges was in response to the need to improve access to justice for all Nigerians.