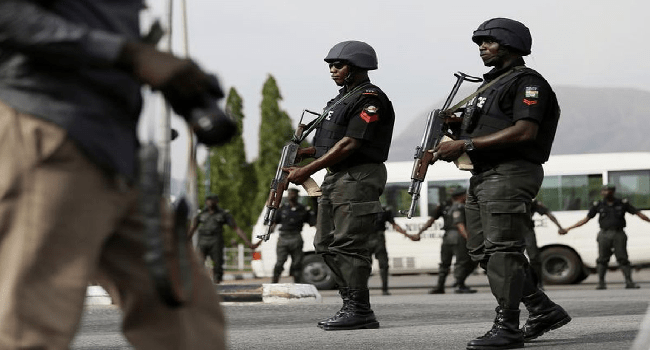 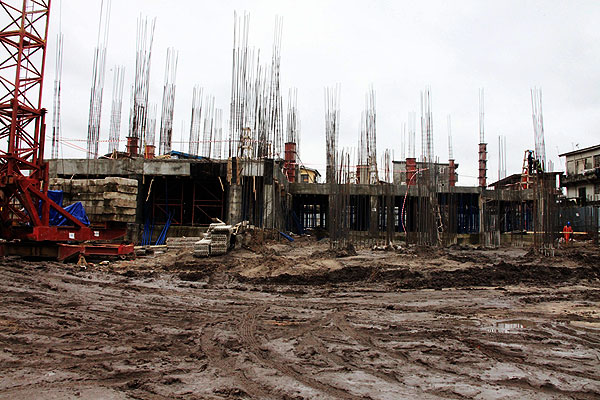 Lagos State Governor, Mr. Babatunde Fashola paid a working visit to the Isale Gangan Urban Regeneration Residential Development Project in Central Lagos today as he expressed satisfaction saying that with the progress of work at the site, the project would likely be delivered next year.

Isale Gangan Residential Development is an 11-storey, 54-flat housing project being developed in the historic Isale Gangan area in Central Lagos both to house some residents  of the area whose houses collapsed several years ago and as a means of renewing the blighted area.

Governor Fashola, who was conducted round the project by the Managing Director of the construction company, Mr. Chahid Raffoul, was accompanied on the tour by the Commissioner for Works and Infrastructure, Dr. Olufemi Hamzat and his Physical Planning and Urban Development counterpart, Town Planner Olutoyin Ayinde, among other top government officials first visited the site in early February this year, told newsmen after the inspection, “The first two floors have been cast indicating that they could do two of these floors every two months, hopefully by next year we should be out of here”.

“This is the beginning of urban regeneration in Central Lagos where people brought together small parcels of land to create large buildable parcel of land and that is the way we must begin to use our land”.

“That is the way places like Hong Kong were regenerated and rebuilt. So we are on our way, we have taken the first bold step. I encourage other families who have contiguous land to talk to one another, create more space up”, Governor Fashola said adding that   such developments would create more space for roads and drainages resulting to better living environment for the people.

Describing the area as “the heart of Lagos” and “where it all began” Governor Fashola declared there is a time to rebuild it and that time is now”, adding, “This is strictly residential. Almost all the others have taken off so we have the markets now, the Oluwole Market second phase is coming up. So as congested as it seems if properly planned, properly laid out with separate residencies from business areas, we will have a better life.

Governor Fashola first inspected the project on Sunday February 3 this year, when he assured residents of the area that although there would surely be challenges ahead, his administration was not looking back in its determination to deliver the project.

The Governor, who also fielded questions from newsmen after the inspection, said although there were challenges on the way to the completion, the important thing was that the project has moved from a dream to a plan and from a plan to reality adding that the structure was being built to ensure that it would not collapse.

Giving background information about the project, Governor Fashola, who said the area suffered collapse of buildings several years back, pointed out that the unfortunate incident created an opportunity for his administration to decide to renew the area and put some solid structures in place.

According to the Governor, “This place will be a residential home for all of the families who own small pieces of land here. Each of them now has an apartment here instead of the small piece which cannot contain a house. We have helped them merge into this very big space so their lands are now in the vertical space. We have relocated them to Ipaja so that after the completion of this project those who want to return here can do so but those who do not want to return can let theirs out. But each family that owns land here has already been resettled”.