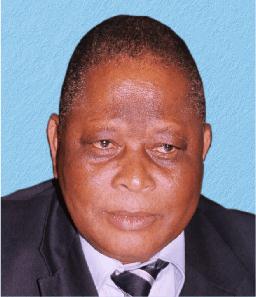 FIFA Referees Advisor and Consultant to the Nigeria Football Federation on refereeing, Linus Mba, has become the first casualty of the FIFA Suspension order on Nigeria.

Mba, who was appointed three weeks ago as the Match Commissioner for the Sierra Leone and Seychelles African Cup of Nations qualifier in Freetown on July 19 has been replaced.

On Monday, the retired FIFA referee and former member of the CAF Referees Committee got a letter from CAF regretting his replacement.

The letter signed by Amr Fahmy Manager, Nations Cup said in part: “I regret to inform you that due to the suspension of the Nigerian FA, we had to temporarily suspend all appointments for any officials/referees from Nigeria, so we were left without any choice but to replace you for the above-mentioned match.”

Fahmy letter read: “…price that experienced men like yourself, good servants of African football, have to pay.”

Few hours before CAF’s decision, the referee consultant had received a mail from the General Secretary, Sierra Leone Football Association, Chris Kamara, that his tickets and other documents for him and the referees were to be sent by Wednesday.

This decision has come on the heels of suggestions that before Tuesday the Nigeria case would be normalized to allow FIFA lift the suspension order.

The Eaglets are expected to leave on Wednesday to Congo DR, while the Super Falcons are set for the African Women Championship draws in Windhoek, Namibia, this weekend, but that would only happen if Nigeria normalizes the relationship with FIFA.

The fate of Mba would further explain the powers of FIFA sanctions as adopted by Confederations and other Federations worldwide. 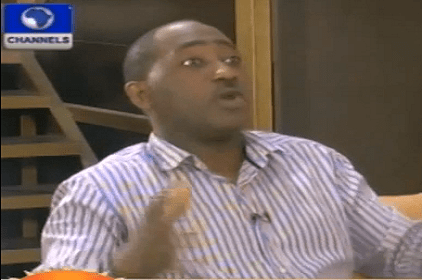 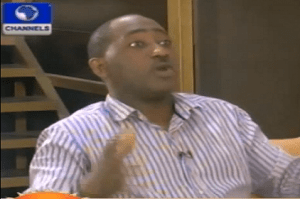 Renowned sports journalists have reacted to the  suspension given to Nigeria by  FIFA, on what the governing body has termed as  ”government interference” in the country’s football administration.

The sports ambassadors,  Deji Omotoyinbo, Bimbo Adeola and Harry Iwuala, who were guests on Sunrise, on Saturday, agreed that the government will continue to have a say in the management of football in the Nigeria since it provides funds for the sport.

On the suspension, they believe the sport ministry and the football administrators should be blamed as the same scenario plays out every four years in which the country is embarrassed with the crisis that results into FIFA sanctioning the country.

‘’The thing is embarrassing because every four years we come to this circle as government and the people they use to topple themselves, don’t take any learning from this’’. Harry Iwuala said

‘’You get in there and begin to think you are well seated, not wanting any other person to come in which eventually invites the government to come in again to cause a lot of ruckus, embarrass themselves and the country’’.  Harry declared

On the interference, Iwuala said government must find a nicer way of   being in control, not the juxtapose style arrest basically with due process.

On his part, sports commentator, Deji Omotoyinbo, described the issue as a ‘’storm in a teacup’’ as the trend, unsurprisingly, is the same every four years and unfortunately for Nigeria it usually comes up after a World Cup year because the four year cycle of the NFF ends at the World Cup.

He is of the opinion that FIFA and CAF is not under any government as they are a government to themselves so they can say they don’t want any interference in the affairs of their affiliates from that perspective.

He, however, noted, that technically speaking, the affiliate bodies operate in countries that are governed by the rule of law and as such, are subject to the laws of the land.

‘’Take Nigeria for instance, where what is being done to other sports is criminal as football get a monthly subvention of a hundred and fifty million naira every month apart from what is derived from competitions’’.

While not defending the government that sometimes does things wrongly, Omotoyibo insisted that FIFA is saying that their affiliate bodies can be protected from any probe in their country even when they (the bodies) depend on their government for funds.

He said if FIFA does not want interference in certain parts of the world, then they should fund their affiliate bodies completely as anyone who wants to force themselves into the football body(ies) will still go back to the same government to collect money and they (the government) have a right to ask questions on how the money is used.

On if the NFF is autonomous, the sports journalists said there is no such thing as autonomy as they get their funds which is budgeted for and approved by the National Assembly and are expected to be accountable.

On the solution, Bimbo Adeola said the government should just hands off football if the obnoxious FIFA statute, as it relates to Africa continues, so that football will fund itself as so much money is not accounted for.

‘’Nigeria Football Federation is the only organization I know of in the world where US$90,000 develop wings and fly, where $250,000 is missing in their vault in their office and nothing happens, nobody goes to jail for it and they go to competitions with their cronies on the bill of Nigeria and nobody bats an eyelid ’’. Bimbo Adeola declared.

On if football can fund itself in Nigeria, Deji Omotoyinbo, said it is possible as the league attracts a decent sponsorship from corporate bodies adding that all the country ought to do is to develop domestic football.

They concluded that people who are professionals with a track record should be given the opportunity to manage the affairs of football in Nigeria effectively.