The Anambra State Governor, Willie Obiano, has appealed to the 28 High Court Judges and the four Judges of the Customary Court of Appeal, to assist in ensuring speedy dispensation of justice in cases being brought before them in the state.

The governor stated this during the swearing in of two High Court Judges at the Governor’s Lodge, Amawbia, where he expressed worry that over 75 percent of inmates in prisons across the state are all on awaiting trial list.

Addressing the newly appointed judges, the governor stated that the appointment would help to reposition the state judiciary to effectively address the problem of delayed dispensation of justice.

“I am very proud of this day because in three years of my administration, I was able to bring the judges rank to ten.

“I stand to be corrected if any other governor has had the privilege of signing the certificates of that number of judges in three years.

“This is a landmark achievement and therefore we expect that with your number, now 32, including the judges of the Customary Court of Appeal, so with this massive number, I expect that the challenges we are having with awaiting trial will be solved significantly.

“Over 75 percent of our prisons are occupied by people awaiting trial.

“It is not the fault of judges alone, we are also re-organizing the Police Department of Prosecution to be up to beat in respect of the document they bring to the court”, the governor lamented.

Responding to the appointment, one of the newly appointed Judges, Mrs. Oyeka, expressed delight at the appointment and assured that as a call to service, they would discharge their duties with diligence and commitment.

However, the governor, also assured of the state government working out measures with the police to expedite action in the preparation of case documents, to enable the courts to have clear evidences that will support prompt dispatch off cases before them. 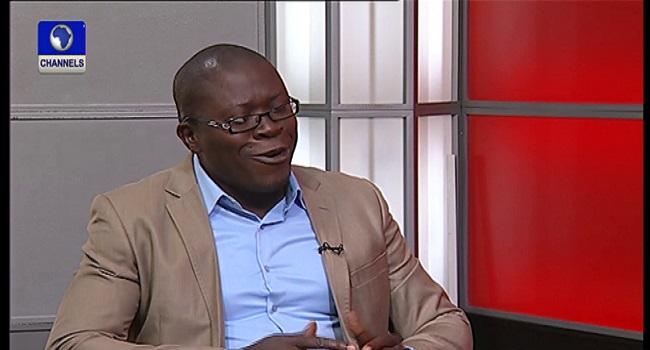 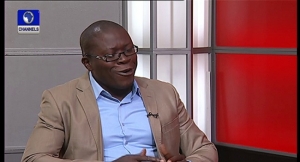 The Special Adviser to Governor Dickson on Public Affairs has added his voice in support of the view that elections did not take place in Southern Ijaw Local Government Area of Bayelsa State.

Speaking on Channels Television’s Sunrise Daily, Mr Don Evarada said that “the Independent National Electoral Commission’s (INEC) rule says by 8am, materials have to be distributed, accreditation has to be done, voting has to commence and all of these, must happen between the hours of 8:00am-5:00pm.

“But in Bayelsa State, materials got to different voting centres at about 3, 4, 5 and some 6pm not to talk of voting in Southern Ijaw.

“All of these are abuse of the process alongside the total mayhem that was orchestrated by thugs of the All Progressives Congress (APC), whom were heavily armed and supervised by the Nigerian military”, he claimed.

Mr Evarada expressed satisfaction with INEC’s decision to order another election in the local government, “In the first place, I think Bayelsans are happy because the right thing had been done in the sense that we are hopeful that the great people of Southern Ijaw will once again have the opportunity to cast their votes.

“But then, for that to happen, we have called on President Muhammadu Buhari to call the military, Police and INEC to act in good fate as provided by law.

“The PDP is prepared for these elections and above all, we want to have the guarantees that the Nigerian security is not going to be partisan as it was demonstrated by some folks in the previous elections and that INEC will conduct a peaceful election”, he said.

Mr Evarada also explained the rationale behind Governor Disckson’s decision to set up a Judicial Commission of Inquiry to look into the crisis in Southern Ijaw, a move which the governorship candidate of the All Progressives Congress, Timipre Sylva, has dismissed as unacceptable, unfortunate, and diversionary.

“In 2006, an enactment was made by the Bayelsa State House of Assembly which gives power to any Governor to form a Judicial Commission of Inquiry.

“It is on the guise of that, Governor Seriake Dickson had to form a Judicial Commission of Inquiry because we have it on records that so many Bayelsans were killed by armed men under the supervision of the military.

“The Judicial Commission of Inquiry will be inaugurated today (Monday, December 14) by the Governor and it has men of proven intelligence, integrity and impeccable character, High Court Judges and a retired Major General,” he explained.

The Senate on Wednesday considered a Bill seeking to increase the number of High Court judges from the present 70 to 100.

The Bill which was sponsored by the Senator representing Sokoto South, Umaru Dahiru is aimed at facilitating quick dispensation of justice.

“Due to the high number of cases at the disposal of the judges, it is absolutely necessary, for this bill to be passed into law in order to address legal issues”

Mr Dahiru said that the Federal High Court presently has 34 divisions spread across the country, while 2 additional divisions have been created in Taraba and Kebbi states.

After a clause by clause consideration of the Bill by the Senators, the Bill was read for the 3rd time and passed.

Senate president David Mark while commenting on the passage of the Bill expressed optimism that most pending cases will be expeditiously dealt with.

“As for the requirement for further increase of the number of judges, we are always here, but I think they should make use of this 100 first. But there is also need for us to actually get most of our cases out of the way because there are too many cases that are pending. Whatever the reasons, I would like to appeal to the judiciary that they should please try as much as they can. We are always here to cooperate with them,” he said.