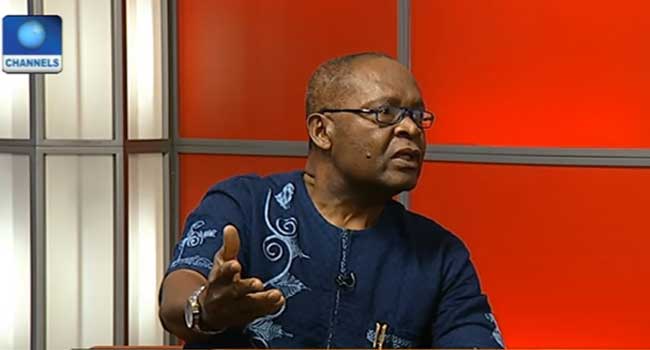 Some yet-to-be identified gunmen in Anambra have invaded and set fire on the residence of Joe Igbokwe, a Special Adviser on Drainage and Water Resources to the Lagos State Governor, Babajide Sanwo-Olu.

But Igbokwe’s house was not the only building that was attacked in Nnewi during the incident on Sunday. .

Emerging reports suggest that the miscreants also attacked an edifice belonging to the Department of State Services (DSS) and the Federal Road Safety Corps (FRSC) building in Umudinkwa.

The Anambra State police spokesperson, DSP Tochukwu Ikenga in a statement said the command received a distress call of arson at about 2pm, adding that security operatives have since been sent to the troubled area.

Though there are speculations that some residents might have been killed in the attack, the police spokesman said the reports could not be presently confirmed.

There were also reports that officers were killed in the raid. However, the police only confirmed that two policemen sustained gunshot wounds and the station was set ablaze.

One hundred days after President Muhammadu Buhari left Nigeria for London on a medical vacation and amid controversy over his health status, the Publicity Secretary of the All Progressives Congress in Lagos, Mr Joe Igbokwe, has said Nigerians do not need to know what is wrong with the President.

Mr Igbokwe’s said this on Wednesday when he appeared on Channels Television’s breakfast show Sunrise Daily.

Since Monday last week, protesters under the aegis of Concerned Nigerians led by Charly Boy and Deji Adeyanju had held protests in the nation’s capital Abuja demanding that the President should inform Nigerians of his health status and resume or resign.

The protest has led to debates about how long the President can be away for and also led to rival protests.

Asked what he felt about the calls by the Concerned Nigerian group, Mr Igbokwe labelled the actions of the group unconstitutional, adding that Nigerians do not need to know the President’s health status as it is a private matter.

“It is against the law for them to protest that the president must resume or resign when the needful has been done. The president has not done anything wrong, he has transmitted power to the acting president,” he said.

Mr Igbokwe added, “We don’t need to know (what is wrong with the president); it is a private thing. We have presidents that have died in office in America, people can be sick.”

When questioned further about why he said Nigerians did not need to know the state of the President’s health he proceeded to cite the example of the 32nd President of the United States Franklin Delano Roosevelt who was President from 1933 to 1945. Roosevelt had suffered from paralysis and used a wheelchair in private for many years.

Reading from his tablet computer, Mr Igbokwe said, “He (Roosevelt) ruled America from 1933 to 1945 and still served 12 years though he could not walk or stand without support, using a wheelchair in private, he never disclosed the full extent of his health condition.”

For the APC chieftain, it is important for people to realise that the President’s health status is a private matter and the question to ask is if the government is functioning as it should.

“You have a super-competent professor (Yemi Osinbajo) in the saddle and people are just overlooking that,” he said.