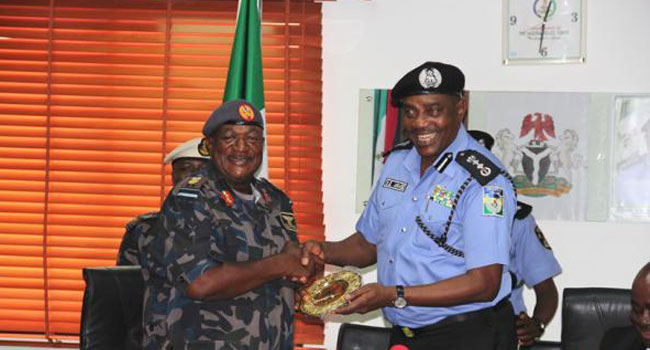 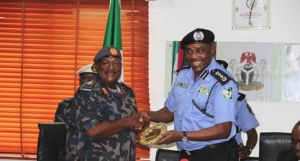 The Nigerian military and the police force have agreed on more collaborative efforts in intelligence, especially in the face of the security challenges in the nation’s north-east.

He stressed the need for all hands to be on deck to confront the nation’s common enemy, the Boko Haram terrorist group.

Air Vice Marshal Morgan promised to support the Nigeria Police Force through an improved capacity building on intelligence gathering for Police officers with a view to enhancing National Security.

He, however, urged the Defence Intelligence Chief to extend same opportunity to Junior Police Officers with a view to boosting the ties between the two agencies

“Collaboration would work better when officers and men in the lower ranks were properly oriented to work together,” he said.

Mr Arase sought for an avenue were a combination of officers and men of the different security agencies could be jointly trained to work together.

Security analysts have stressed the need for security agencies in Nigeria to put more efforts into intelligence gathering in the counter-terrorism operation in the north-east, if the activities of the Boko Haram sect would end.