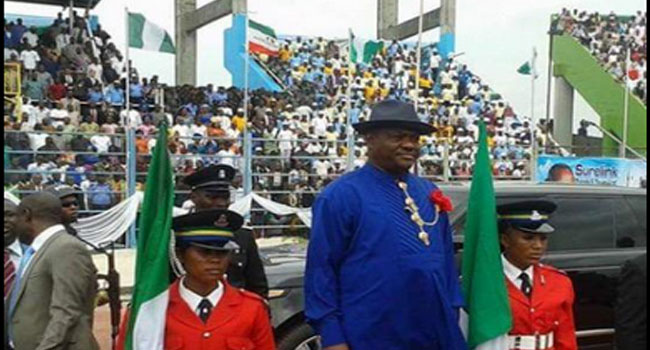 Reactions have started to trail the judgement of the Court of Appeal which nullified the election of Governor Nyesom Wike of Rivers State, upholding the verdict of the Rivers State Election Petition Tribunal.

Members of the All Progressives Congress (APC) in Port Harcourt, the state’s capital, on Wednesday, told Channels Television that the decision of the Appeal Court was a clear reflection of the wishes of the people of the state.

But the Chairman of the Peoples Democratic Party in the state, Felix Obuah, maintained that it was not over yet.

According to him, the party is hopeful that they will have victory at the Supreme Court.

The Court of Appeal had earlier on Wednesday struck out Wike’ appeal, which was seeking a dismissal of the judgment of the Rivers Election Petition Tribunal which sacked him as governor of the state.

The Tribunal headed by Justice Suleiman Ambrosa had, in a judgment on October 24 voided Wike’s election and ordered the Independent National Electoral Commission (INEC) to conduct a fresh election in the state. 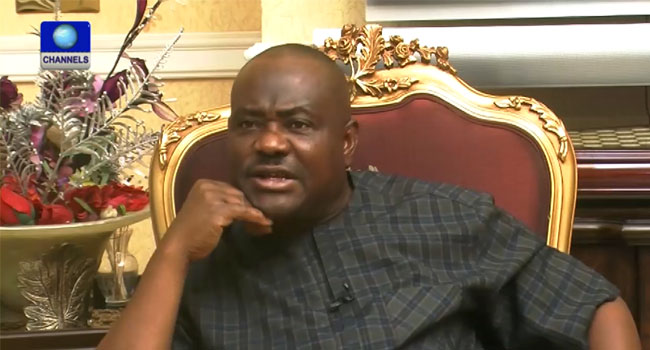 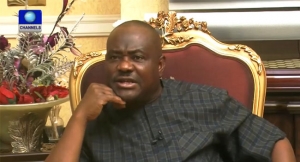 The Supreme Court has thrown out an appeal filed by the Governor of Rivers State, Nyesome Wike, challenging the constitution of the Rivers State Governorship Election Petition Tribunal Panel.

The Court also upheld the decision of the two lower courts which dismissed Mr Wike’s appeal challenging the relocation of the Tribunal from Rivers State capital to Abuja.

According to the apex court the invocation of the Doctrine of Necessity by the President of the appellate court at the material time was in order, since there was no Chief Judge or President of the Customary Court of Appeal in the State.

It also held that it was common knowledge that at the material time, there were threats of insecurity, leading to the decision of the President of the appellate court to take a preventive measure of securing the life and property of the members of the Tribunal.

The Court said that in any case, consultation of the Chief Judge of a state and the President of the Customary Court of that state was not to affect the persons nominated to sit on any appeal that may result from elections from that particular state, but to ensure that such a state was represented in the selected panellist for tribunals emanating from the general elections at that time.

The Rivers State Election Petition Tribunal sitting in Abuja on October 24  nullified the election of Nyesom Wike of the Peoples Democratic Party (PDP), as the Governor of Rivers State, on grounds that his election did not comply with electoral guidelines.

The Chairman of the Tribunal, Justice Suleiman Ambrosa, ordered INEC to conduct fresh elections in the state within 90 days of the ruling.

The petition challenging Mr Wike’s victory was filed by the candidate of the All Progressives Congress, (APC) Mr Dakuku Peterside.

After the Judgement was delivered, the PDP and Mr Wike said they would appeal the judgment of the Rivers State Governorship Tribunal.

Addressing journalists after the judgment, counsel to the PDP, Chris Uche, said that “Governor Nyesom Wike remains governor until the appeal processes are exhausted”.

He added that the nature of the judgment delivered by the Justice Ambrosa-led tribunal made the appeal vital, as the new position adopted by the Tribunal must be tested in the interest of justice. 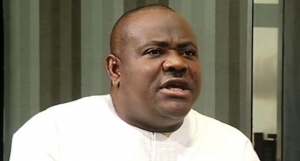 The Peoples Democratic Party (PDP) has urged the Rivers State Governorship Election Petition Tribunal sitting in Abuja to dismiss the petition filed by the All Progressives Congress (APC) and its governorship candidate, Mr Dakuku Peterside, on the ground that it lacks merit and substance.

The Rivers State Governor, Nyesom Wike, also called on the tribunal to dismiss the petition, saying the petitioner failed to prove the several allegations against his election on April 11, 2015.

The Chairman of the Tribunal, Justice Suleiman Ambrosa, after listening to the adoption of written addresses by counsels to the petitioners and the defendants adjourned the petition for judgment.

The defendants, Emmanuel Ukala (SAN) and Ifedayo Adedipe (SAN), while adopting their written addresses, claimed that the burden of proof rests on the petitioner who failed to discharge same before the tribunal.

The petitioner, Akin Olujimi (SAN), however, asked the tribunal to grant the reliefs sought in their petition, saying they have successfully proved their case. 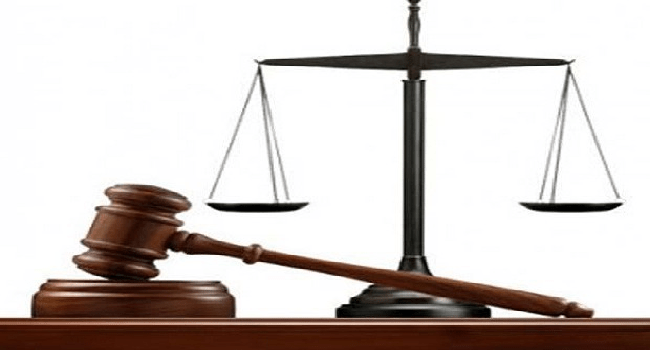 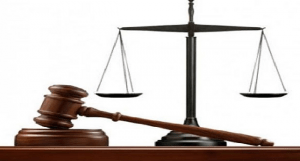 The Peoples Democratic Party (PDP) has tendered the comprehensive voters registers used for the Rivers State governorship election, to disprove the petition filed by the All Progressives Congress (APC) and its candidate at the Rivers State Governorship Election Petition Tribunal.

At the resumed hearing of the petition filed by the APC Governorship Candidate, Mr Dakuku Peterside, the PDP tendered additional accreditation incident forms for wards in different Local Government Areas of the state, to substantiate the victory of Governor Nyesom Wike.

Tendering the voters registers and accreditation incident forms used for the election, Counsel to the PDP, Gordy Uche (SAN), explained that the presentation of the documents became necessary in view of the fact that both manual accreditation and card readers were used during the governorship election.

He noted that the comprehensive voters registers tendered by the party indicated that the governorship election took place under a peaceful atmosphere.

Lawyer to the petitioners, Akin Olujimi (SAN), again objected to the admission of the documents, telling the tribunal that he would state his reasons when presenting his final address.

However, Chairman of the tribunal, Justice Suleiman Ambrosa, admitted all the documents tendered by the PDP and adjourned the matter till October 12, leaving the PDP with less than five days to present relevant documents and call witnesses to defend its victory.

The Independent National Electoral Commission (INEC), has announced the closure of their case in the Rivers State Governorship Election Tribunal sitting in Abuja.

At the resumed sitting of the tribunal, lawyer to the electoral umpire, Mr Onyechi Ikpeazu (SAN), informed the tribunal that having called 16 witnesses, the Commission is satisfied with the weight of the evidence given by the witnesses.

He told the tribunal that the Commission does not intend calling more witnesses and as such applied to close their case.

The application was not opposed by the lawyer to the petitioners.