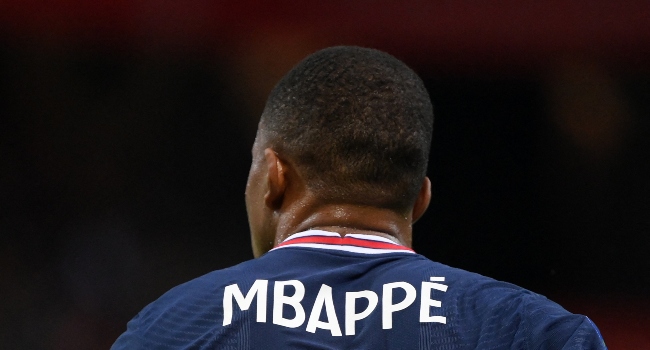 Kylian Mbappe’s dream move to Real Madrid hangs by a thread as the deadline to the transfer window draws close.

Mbappe stole the show on Sunday by scoring both goals in a 2-0 win against Reims in Ligue 1 despite Lionel Messi making his debut as a 65th-minute substitute for Neymar.

Madrid has offered PSG an amount in excess of €170m for Mbappe, but the French giants are yet to reply.

Madrid are said to be waiting till Monday evening for a formal response, according to Sky Sports.

Earlier in the week, Paris Saint-Germain’s sporting director Leonardo had confirmed the 22-year-old wanted to leave the club but was adamant he wouldn’t let the superstar leave without the appropriate price tag placed on him being met.

“If Real Madrid are making an offer, that seems clear. We cannot, the week before the end of the window, change our plans. If he wants to leave, we will not hold him back, but on our terms,” he said in an interview with EuroSports.

“For the last two years, Real Madrid have been behaving like this, it is not correct, illegal even because they contacted the player,” he said.

Real Madrid are keen on landing Mbappe, and if talks fail to yield positive results before deadline day, they will try to sign him on a pre-contract agreement in January as he runs out of contract at PSG in 10 months. 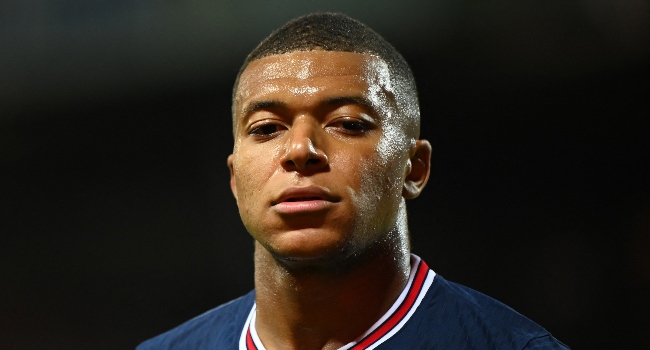 Paris Saint-Germain turned down Real Madrid’s bid to prise away Kylian Mbappe on Wednesday, with sporting director Leonardo saying the offer of around 160 million euros ($188 million) was “not enough” for a player they wanted “to keep”.

“Our position has always been to keep Kylian, to renew his contract” which expires next June, said the Brazilian to some media including AFP.

He went on to describe the Spanish club’s approach to the France World Cup winner as “disrespectful, incorrect and illegal”.

Leonardo went on to say that if the 22-year-old Mbappe “wants to leave, we will not retain him, but he will leave or stay on our terms”.

“If a player wants to leave, he will leave. The club, the project, remain above everyone,” added the Brazilian leader, addressing some media including AFP. But “we have done everything” to convince him to stay.

PSG paid 180 million euros to Monaco for the forward in 2017 and are keen for him to sign a new deal.

After the arrival of Lionel Messi in Paris, earlier this month club president Nasser Al-Khelaifi said Mbappe “has no reason to do anything else” but stay.

Mbappe has scored once and provided two assists in three appearances so far this term with Messi expected to make his PSG debut at Reims on Sunday. 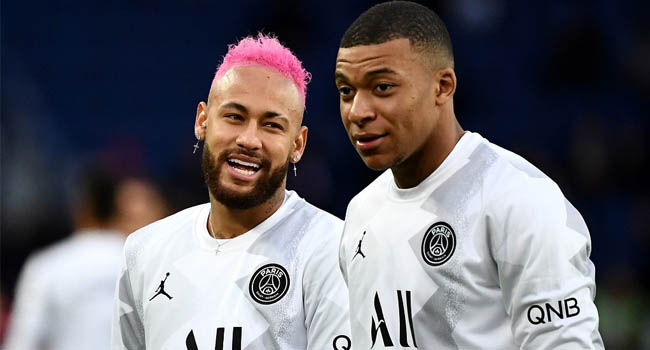 While Neymar has been partying with an injured rib, and Kylian Mbappe has been making no attempt to hide his displeasure with his coach, Paris Saint-Germain supporters could be forgiven for having that sinking feeling

.This has been the time of year when the French club’s season has tended to implode in recent years, with three successive eliminations in the first knockout round of the Champions League.

They are currently unbeaten in 20 games in all competitions after Tuesday’s 2-1 success at Nantes, and sit 12 points clear at the top of Ligue 1.

However, everything is gearing up towards their Champions League last-16 tie against Borussia Dortmund, with the first leg in Germany on February 18.

PSG have not made it beyond the last 16 in four years, with the nature of defeats against Barcelona in 2017 and Manchester United last season helping make them something of a laughing stock around Europe.

Injuries to Neymar at this stage in each of the last two years proved crucial, so fans of a nervous disposition will be hoping the rib injury suffered by the Brazilian against Montpellier last weekend is nothing more than a short-term problem.

The injury did not prevent the world’s most expensive player from staging a lavish party at a Parisian nightclub for his 28th birthday last Sunday, but it did keep him out of the Nantes game.

With the Dortmund first leg coming into view, he could be rested for this Sunday’s visit of Lyon.

“I hope he can play on Sunday,” said coach Thomas Tuchel. “He was in pain at half-time against Montpellier. He is in exceptional form, but we will decide later. He needs to manage the pain.”

Meanwhile, Mbappe seems certain to play, just as he did in midweek despite an angry reaction to being substituted against Montpellier which has brought back the rumours that the 21-year-old — regularly linked with Real Madrid — may not stick around in Paris too much longer.

“He was decisive for us. There was no need for him to show a reaction,” Tuchel said of Mbappe’s midweek performance. The France star is PSG’s leading scorer this season with 22 goals.

The days when Lyon were the most feared opponents in the country are long gone, and they have taken just two points from their last 11 visits to Paris.

Rudi Garcia’s side are also struggling in sixth place just now after a soporific 0-0 draw with Amiens in midweek.

With or without Neymar, PSG will surely be too strong for them. It is the Dortmund tie that really matters though, and Tuchel needs his two biggest stars fully fit and focused in time for the trip to Germany.

One of that rare breed of English players trying his luck abroad, the 21-year-old, Derby-born forward Mavididi is currently a regular in a Dijon team battling to avoid relegation.

Mavididi left Arsenal without playing a top-team game and last year he joined Juventus — becoming their first English player since David Platt in 1992 — after being scouted by Giorgio Chiellini’s brother.

After one appearance for Juve last season, he was allowed to move to France on loan and he has already scored three times for the Burgundy side, who host Nantes this weekend.

4 – The number of goals scored by Mbappe in a 5-0 win when PSG hosted Lyon last season.

15 – Marseille are unbeaten in 15 games in all competitions, including 12 in the league, as they host bottom club Toulouse, who have taken one solitary point over the same period.

12 – The number of league goals scored by Metz captain Habib Diallo this season. The club that brought Sadio Mane, Ismaila Sarr and Papiss Cisse to Europe have unearthed another Senegalese gem.