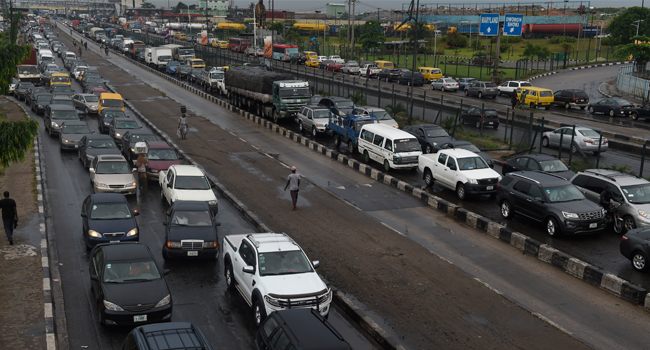 The accident was said to have been caused by excessive speed which resulted in the loss of control, while the bus rammed into the median strip and went into flames

According to the Public Education Officer of the Ogun State Sector of the Federal Roads Safety Corps (FRSC) Florence Okpe, the incident was a lone accident that involved a Mazda bus with registration number APP 34XH.

“The fatal crash occurred at about 07: 50hrs on Lagos-Ibadan Expressway around Oniworo, after Foursquare Camp. Twenty persons were involved, four people burnt whole sister other were injured,” she said

The injured victims were said to have been taken to Victory Hospital, Ogere, for medical attention.

The Sector Commander of the FRSC, Ogun State Command, Ahmed Umar, has, however, advised motorists to obey traffic rules and regulations

He also condoled with the families of the deceased and pray that God should strengthen. 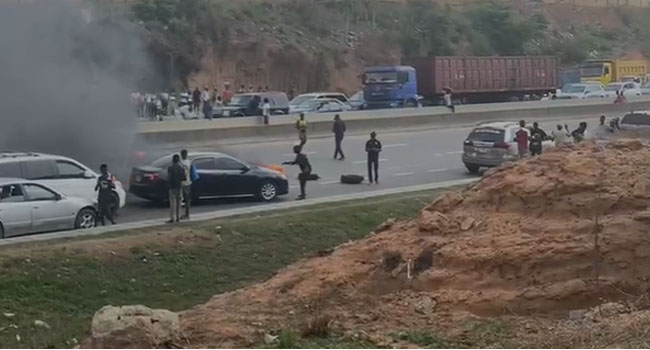 Some youths blocked the Berger end of the Lagos-Ibadan Expressway on Monday, demanding a better Nigeria.

They made bonfires on both sides of the road, causing obstructions along the road and inner roads linking to the highway.

They carried a banner bearing the inscriptions: “Questions for politicians and Religious Leaders. What is the future of Nigeria? All highways in Nigeria be blocked. No movement nationwide.”

Security officers later put the situation under control. The protest lasted for about an hour but normalcy has now been restored in the area and traffic moving smoothly.